Reading Questions for The Civilized World 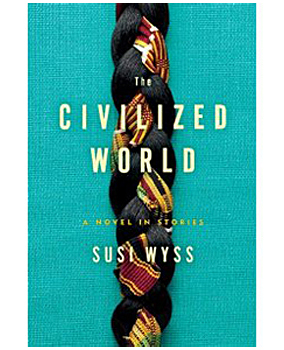 Warning: May contain spoilers
Questions and Topics for Discussion

1. The main characters in The Civilized World are all women. What common bonds do these women share? What divides them?

2. Ophelia discusses the power of names with Philip, telling him that a name "can leave a psychological imprint." Do you believe that's true? Adjoa lists for Janice the qualities associated with her name—do you think her name fits her personality? Do you think it's possible that she is who she is because of her name? What about the names of some of the other characters, such as Comfort?

3. What do you make of the mysterious pain Adjoa feels in her right arm? When does the pain seem to flare up most frequently? How does the loss of Kojo affect Adjoa?

4. Certainly there are some major cultural differences between life in the United States and in Africa portrayed in the novel; despite this, there are still also many overarching similarities. Think about Comfort and Linda, and Comfort and her mother-in-law, for instance. Can you think of other examples? What do these similarities seem to indicate about human nature?

6. Janice feels most at home in Africa; Ophelia feels uncomfortable and out of place there. To what do you attribute this difference? Are they simply different women with different tastes? Or do you think they have different expectations for their lives in Africa, expectations that are in some ways self-fulfilling? Do you agree with Gifty's assertion that: "Life is like a mirror... if you look at it well, it will return the look"?

7. Watching Philip at one point, Ophelia thinks to herself that she "wanted to reassure him that she would change back into the person she once was... once the baby joined them, she would be the best mother and wife he could wish for, they would be a family, and everything would be fine." Do you think this is a reasonable thought? Does Ophelia truly believe it herself?

8. Think about Janice's relationship with Bruce, and Adjoa's with Kwame. Do you see any similarities between the two? Consider Ophelia and Philip as well. Do you think the women are trying to convince themselves that these relationships are something that they're not? If so, why?

9. Why does Marvin make Linda so uncomfortable? What did you think when Peter assumed that Marvin's friends were black? What does the situation with Marvin reveal about Linda and Peter's relationship?
From the April 2011 issue of O, The Oprah Magazine