Reading Questions for The Autobiography of Jenny X 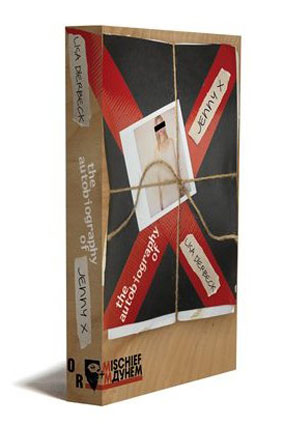 Warning: May contain spoilers
1. The Autobiography of Jenny X is the story of a collision between the powerful and the powerless. The adolescent female body is envisioned as a site of conflict and a crucible of change. What aspects of the female experience does the novel give voice to?

2. In what sense may Jenny X be an Everywoman, a figure who represents an ordinary or universal female?

3. As a pregnant schoolgirl who is subjected to exploitation and domestic violence, is Jenny a victim? When she breaks the law to protect her unborn child, are her actions fair?

4. The moniker "Jenny X" suggests an anonymous person, forever unknown. Discuss the meaning of a character who leads a double life, in disguise, while concealing her true self. On the surface, she is soft-spoken, respectable and self-effacing. But she possesses the power to create and destroy. What is the author suggesting about women's roles today?

5. Discuss the effects of poverty on Jenny. Examine the attitudes of others toward a teenager without means or stature. How does this treatment shape her development? What messages did she receive?

6. Dan's reaction to Nadia might be described as love at first sight. What he admires is described as follows: "Gem. Chic. Sleeveless. Sheath. Genuine. Twenty-four carat. Class A. Pearl" (page 66). What attracts him? Discuss.

7. How do the two men in the novel misperceive the same woman? Describe the aspects of Jenny/Nadia that neither man can see.

8. "In Christopher's family, no one was fat ... That Jenny was overweight recommended her to him ... Her puckered thighs denounced the allure of elite private colleges. Her soft hips spread out over the sill to question the benefits of good taste and advantageous social connections" (pages 220-221). What does this passage reveal about Christopher? In what other ways does Jenny/Nadia become a symbol?

Get more reading guide questions for The Autobiography of Jenny X

From the February 2011 issue of O, The Oprah Magazine