Reading Questions for The American Girl 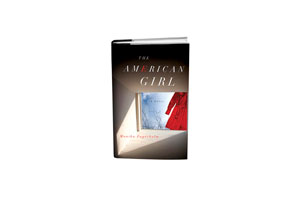 Photo: Ben Goldstein/Studio D
1. The structure of The American Girl is not a conventional linear narrative. The author forces the reader to assemble a coherent story from impressions, occasional historical facts, the characters' play-acting, mysterious clues, interior monologues, and the rhythm of her prose. This technique, which mirrors real life, can be frustrating or liberating. Which did you find it? Discuss the ways this technique hinders understanding the characters' actions, and the ways it deepens our understanding their inner lives.

2. Eddie de Wire—the American Girl—is a Swedish-speaking Finn who falls for the early culture of punk rock while traveling around the United States in the late 1960s. The author makes many references to the music of that era, liberally sprinkled throughout the text, showing that popular music is terribly important for adolescents as they establish their identities. Discuss the ways in which the musical references such as "What Have They Done to My Song, Ma" help develop Eddie's character in the novel.

3. On page two of the novel, we are told that Eddie de Wire was drowned in a marsh. When do we find out how she died and whether she was murdered or not? Were you surprised to learn what really happened or had the author given you enough clues such that the revelation grew organically from all that had come before? When did you suspect the truth?

4. Much of the action in the novel is seen through the eyes of Sandra and Doris, the two teen-age girls who construct their own fantasy narrative based on the mystery of Eddie de Wire's death and the supposed involvement of all the inhabitants of their seaside community, even as they explore the sexual limits of their summer friendship. Is their view of Eddie's life and death true? What about their view of their parents and their parents' adult friends—even if the facts are false, is the impression "true"? Can you cite other instances in which the stories people make up are truer than straight reportage?

5. In the novel we detect a constant tension between the year-round inhabitants of the District (who are lower working class) versus the nouveau riche summer people. How does the author use Doris Flinkenberg's attempt to move between these two worlds to shed light on the struggle between classes?

6. Women's liberation was just beginning to become an issue during the period the main action of the novel takes place. Free of being typecast as second-class citizens, women were then challenged to establish their own identities, and independence. The book is filled with many female characters, from teen-age girls to the Islander's sex kittens, from wives and aunts to professional women and academics, from rich girls to impoverished and grieving mothers, seemingly illustrating the whole spectrum of the gender's possible lives. Name five major female characters and describe how each one displays a separate aspect of modern womanhood.

8. Can you identify "the City by the Sea"? A clue: the novel alludes to an international summit meeting that took place there in the mid-1970s. What do you know about the culture of Finland and the various communities that comprise its population?

From the April 2010 issue of O, The Oprah Magazine