Reading Questions for Dreaming in Chinese 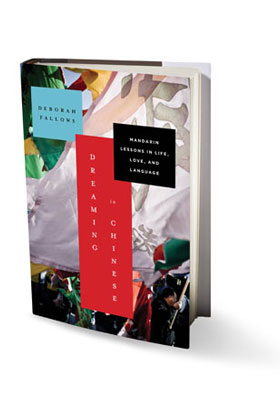 Photo: Ben Goldstein/Studio D
1. In the title of the book, Dreaming in Chinese, the word "dreaming" can mean many different things: from flights of imagination, to hopeful ambition, to delusion. Which meanings do you think the author had in mind? How are these important to the book?

2. The author says that the happiest foreigners in China were those who had found a "passion"—like art, cuisine, music, or in her case language—through which to look at and make some sense of the country. How does the passion of language affect the author's own reaction to China? Have you ever used a passion to help understand or absorb a big life experience?

3. What are the main impressions of China or the Chinese people that you took from the book? Can you pinpoint anecdotes or stories that gave you these impressions? Did any of them surprise you? How has your idea of China's power, and its problems, changed because of this book.

4. The author says that she sometimes misinterpreted behavior she saw. For example, she initially thought that the absence of please, thank you, and other "softening" words among families in restaurants suggested that people were being rude or hostile with each other. But later, she realized that in China the use of such words can actually be insulting to relationships; skipping them was a sign of closeness or thoughtfulness. Have you had similar initial misinterpretations about behavior in other cultures? How did you discover the real meaning behind what you witnessed?

5. Imagine you were a Chinese visitor to the United States interested in exploring the insights that English would give you into the character of Americans. What insight would you make? What aspect of our language would you use to illustrate that insight?

6. What would you ask this author about the experience of living in China? Is there any subject that you think she deliberately didn't discuss?

7. The author says that the one thing she found familiar in China was the process of studying the language, which she had done many times in many other countries. What was surprising in her descriptions of trying to learn the language? Americans often think of a language like Chinese as "impossibly" hard. Did this change your view?

8. The author writes that at this stage in their country's development, the "Chinese dream" for many people amounts to having "a flush toilet, a refrigerator, and a color TV". How does this compare with today's "American dream"? Or the American dream of the 1950s? Does today's American dream involve more than these material possessions? Does the book make you think that Chinese people are looking beyond material goods?

9. "Ai" (pronounced "eye") is the Mandarin word for love. The author talks about the many meanings of love in today's China. What does love mean to you here and now? How is your meaning and understanding of the concept of love different from your understanding of love in other countries? Or from what the author suggests about China?

10. In Mandarin, the word "laobaixing" has a simple definition, but a complex meaning: On the surface, it refers to everyday, regular people. However, who is called laobaixing depends upon whom one is talking to: A movie star would call himself laobaixing, but his fans would not think of him that way. Can you think of any words and phrases in English that have such nuances or shifts in meaning?

11. If you were planning to go to China, what are the first things you would be looking for? What questions would you want to answer about the Chinese people or their lives? How would you begin to look for answers?

From the September 2010 issue of O, The Oprah Magazine