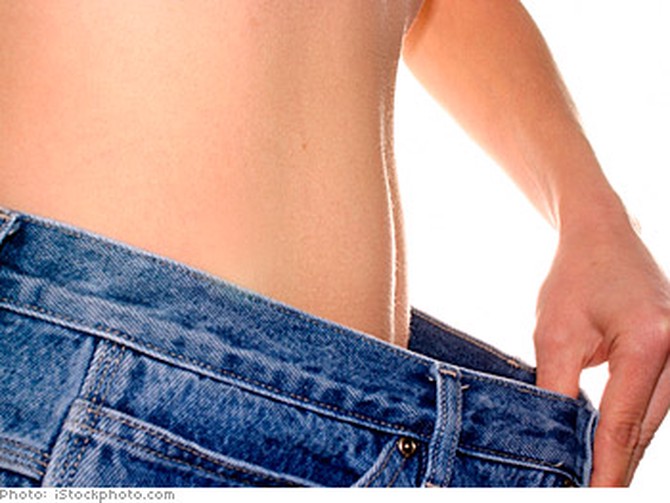 They know it all, because they're of the best in their fields. Learn from the pros, and live a better, smarter, easier life!

I've developed a two-part program that guarantees I'll lose four to six pounds over two weeks. The diet is 90 percent of it. During the first week, I go vegan—for breakfast I'll blend cashews, bananas, tahini, dates, and water into a yummy smoothie. For lunch I have a big organic salad with tofu. (Portions don't matter.) Dinner could be another salad or, if I'm feeling studly, a veggie soup of avocado, tomatoes, zucchini, etc. During week two I go raw, so no more tofu. I eat lots of nuts—a handful of raw cashews three times a day to stave off hunger and keep energy high. The odd organic Medjool date with a dab of raw tahini is my treat.

As for exercise, I do my "figure eight" routine at least three times a week. The 20-minute workout consists of eight high-intensity, 30-second "bursts" on a stationary bike—though you can use any machine, or even walk. Between are 90-second "rests," during which I pedal slowly. I do the bursts as fast and hard as I can, so I'm out of breath and very uncomfortable by the end of the 30 seconds. The program detoxes me on every level. I get very clear about what's extraneous in my life. And I shrink a dress size. 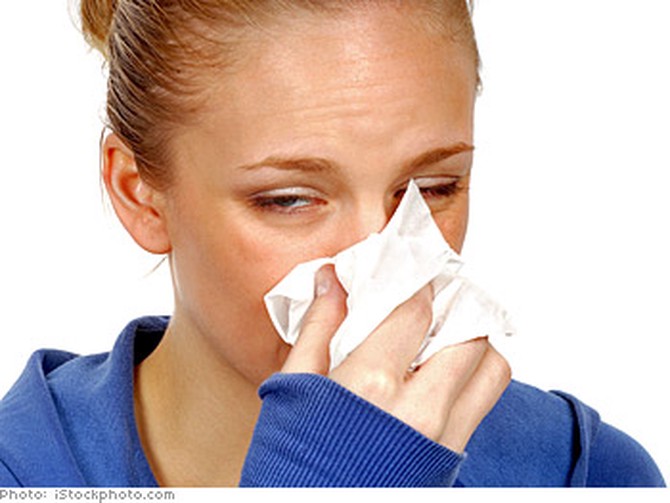 How to Treat a Cold
by Robert S. Porter, MD, coeditor of The Merck Manual of Diagnosis and Therapy

I was an emergency room doctor for 18 years—12-hour shifts on my feet—and I never stayed home for a cold. When I catch one, I wait for it to go away. That's it. No fluids, no plenty of rest, no vitamin C, no echinacea, nothing. There's no scientific evidence that those things do anything. If a sore throat is really bad, I'll take lozenges that contain an anesthetic, like Chloraseptic; if it's not, I ignore it. If a runny nose is extreme—and I mean like a faucet—I'll take pseudoephedrine. People write articles about chicken soup. It's got a bit of salt, they say, and nutritional value. That's not unreasonable, because you need to get some energy into your system, and when you feel crappy you don't want a BLT and a milk shake. Also, chicken soup's comfort food, and that's important to people. But me? I don't do chicken soup. I wait a week and the cold's gone. 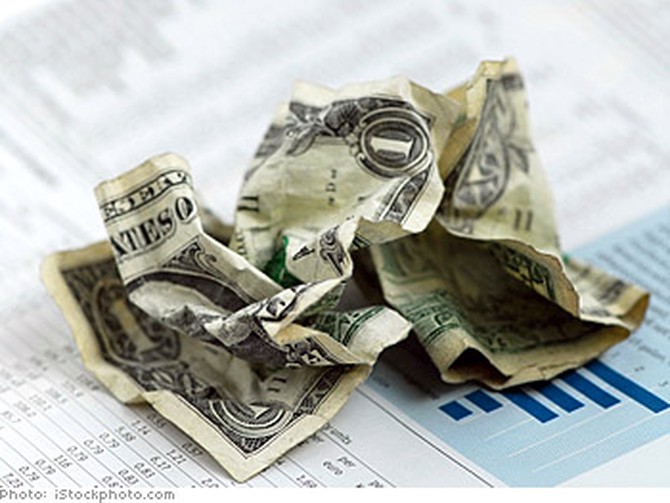 How to Invest Your Money
by Jean Chatzky, Money magazine editor-at-large and author of Make Money, Not Excuses

Boring is better—that's my mantra. I decide, when I first invest it, how I want to divvy up my money between stocks and bonds. As markets fluctuate, that distribution can get thrown out of whack. If I put 60 percent in stocks and then those prices go up, my investment will increase and—because stocks are less stable than bonds—I'll be taking on more risk than I originally planned. But I set it and forget it—I choose my mix and tell my 401(k) plan or brokerage firm to rebalance it, so my investments run on automatic pilot. 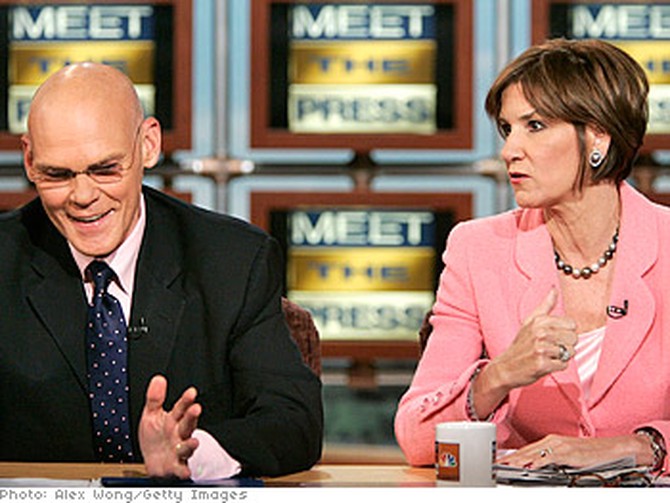 How to Win the Fight
by Mary Matalin and James Carville (Mary is a Republican party strategist, editor-in-chief of conservative publisher Threshhold Editions, and married to James. James is a Democratic party consultant, CNN contributor, and married to Mary)

Mary, the wife: There are four mandatory rules for winning, and all are easier said than done. First and foremost: Pick your fights carefully. I learned faster with my kids than with my husband that some hills are just not worth trying to take. With kids, brushing teeth is a necessary battle; matching hair bows is not. With husbands, respect is requisite; shared politics is not. Second: Understand your objective. What is your goal and why? Are you trying to make your husband like you or do what you need? Third: Know your enemy. Military leaders premise engagements on this concept, but spouses often walk blithely into the line of fire. Fourth: Prepare. If you are prepared, you will be in the right fight, with clear goals, so you can anticipate counterarguments. And remember: There is no shame in losing, only in not trying.

James, the husband: If any man has ever won a marital argument, I haven't met him. I'm 0 for 5,211 in my marriage, and I'm sure to lose 5,212, thanks to a theory I like to call SCR: surrender, capitulation, and retreat. I've read all the marital advice—you know, confront your issues, discuss them. My advice is just leave 'em go. I know couples who've been having the same discussion for 35 years. It ain't worth it. Women know how to fight better. I think part of it is—to put it delicately—biological, but you're going to be a lot happier just agreeing and doing what you're told. These days the only fight my wife and I have is when she'll say to me, "You're just agreeing with me to agree with me!" And most of the time it's true. But I'm a happily married man. It'll be 13 years this month. What can I say? 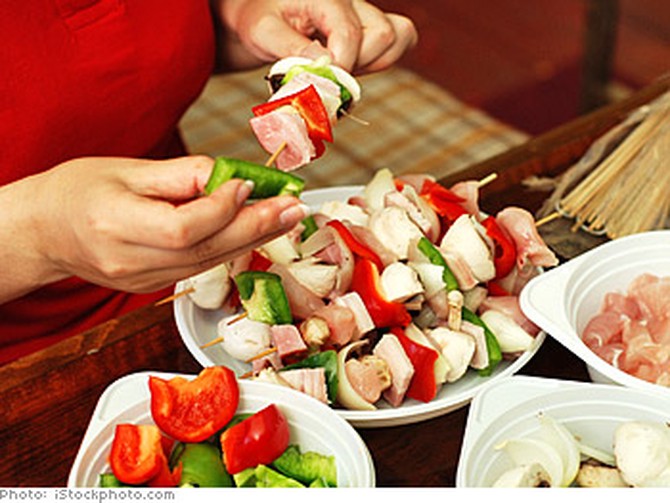 Whip Up a Last Minute Dinner
by Charlie Palmer, owner of acclaimed restaurants in New York, Las Vegas, and Washington, D.C., and author of Charlie Palmer's Practical Guide to the New American Kitchen

My wife, Lisa, and I have four boys, ages 8 to 12, so it isn't always easy. But dinner doesn't have to be complicated. We eat 90 percent of our meals at a table just a few feet from the stove. It's not a big kitchen. When we have people over, it's pretty crowded. But that makes dinner better. It's cozy. It feels like home.

There aren't a bunch of secrets, but there are a few tricks. One is buying the best, freshest ingredients you can afford, which can make simple dishes spectacular. Another is making sure you have a well-stocked pantry, which gives you the freedom to cook with little planning.

What You're in the Mood For
When we're planning dinner, we start by asking ourselves how we're feeling. Maybe we haven't had steak in a while, or a bowl of good pasta. We might crave something quick and easy, or want to spend time in the kitchen trying a new recipe.

The Well-Stocked Pantry
We always keep cans of tomatoes around because that's something you can make a meal out of. It's worth splurging on specialty items like artisanal pasta; these are the building blocks of dishes. Others are basic supermarket staples used to layer and balance flavors, like capers, Tabasco, and spices. Even anchovy paste: It sounds severe, but just a touch in sauce or vinaigrette gives such depth. My kids eat it all the time, whether they know it or not.

The Last-Minute Purchase
I stop off at the market after work for some fresh fish or a piece of meat, or just a ton of vegetables. If we buy chicken breast, we might cube it and sauté it with tomatoes, fresh herbs, garlic, shallots, olive oil—and in a few minutes we have a great-tasting, healthy sauce for pasta. Or we can roast the chicken and tomatoes. Or make soup! 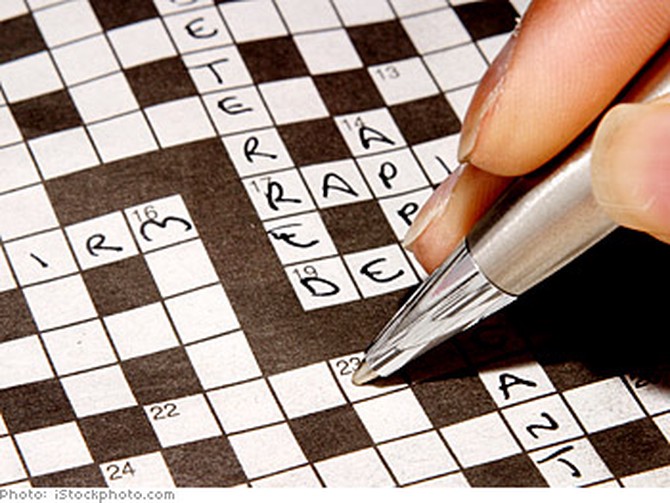 How to Do the Crossword
by Will Shortz, editor of The New York Times crossword

First, you look for the fill-in-the-blank clues. They're easy to spot in the clue list and often easy to solve. Also go for the shortest answers first. There are relatively few short words in English, and the same ones tend to appear in crosswords again and again—especially those with lots of vowels, like era, area, ale, ore, erie, etc. It helps to work off consonants more than vowels, because consonants are more distinctive. A "w" or a "z" is going to be more helpful than an "e" or an "i". If necessary, guess at an answer. People say, "Ooooh, So-and-so does it in pen," as if that's a big deal. It just means that you have to cross out your mistakes instead of erase them. I use a pen sometimes, and I still get the answers wrong.
From the November 2006 issue of O, The Oprah Magazine
More O Magazine
What's Standing Between You and Financial Security?
When and How to Say "Enough!"
Reading Questions for The Taste of Salt by Martha Southgate
Reading Questions for The Orchard by Theresa Weir
Reading Questions for The Language of Flowers by Vanessa Diffenbaugh
Reading Questions for Salvage the Bones by Jesmyn Ward
Reading Questions for The Night Circus by Erin Morgenstern
Reading Questions for Miss Timmins' School for Girls by Nayana Currimbhoy