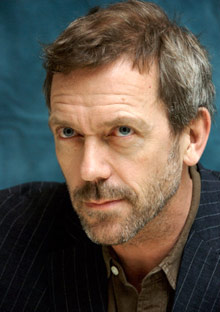 Photo: Vera Anderson/WireImage.com
Steady yourself: TV might be good for you. In 2001 the Centers for Disease Control and Prevention (CDC) teamed up with the Norman Lear Center at the University of Southern California Annenberg School for Communication to launch Hollywood, Health & Society (HH&S). HH&S's primary mission is to nudge scriptwriters to incorporate public health messages into their plotlines.

It's hard to imagine a better way to reach us. The average Jane eyeballs about 4.5 hours of TV a day, according to the Nielsen Company, and what we watch tends to stick. (Quick: Who did Rachel end up with on the last episode of Friends? Now name the guests on Oprah today. See?) According to the CDC, 88 percent of Americans learn about health issues from TV.

HH&S's sway can be seen in dozens of shows, from ER to Grey's Anatomy to The Bold and the Beautiful. In 2003 HH&S teamed CDC experts with writers from the Fox show 24 on four episodes about a terrorist attack on Los Angeles. A survey afterward found that viewers retained the following facts: Deadly infectious agents used in bioterrorism can be spread with a handshake, a government-mandated quarantine is not a violation of civil liberties, and leaving home during a quarantine is a bad idea.

HH&S reaches screenwriters by providing tip sheets on health topics ranging from allergies to smallpox, holding briefings on health issues, and being available to answer writers' health questions. Vicki Beck, HH&S's director, jokingly refers to the consultation service as Dial-a-Disease. She says writers often want to find a condition that would cause a character to lose consciousness, wake up long enough to deliver a few dramatic lines, then die. (Yes, the writers of Desperate Housewives consult with HH&S.)

After more than 20 years of studying health communication, Deborah Glik, ScD, director of the Health and Media Research Group at UCLA, says HH&S and other organizations have upped the accuracy of health information on TV. "Writers are finding that there are enough bad diseases out there that they don't need to make things up."

Along with the CDC, HH&S now gets funding from three additional government agencies: the National Cancer Institute, the Agency for Healthcare Research and Quality, and the Health Resources Services Administration Division of Transplantation. So should a character on Scrubs go for a mammogram, or if Dr. McDreamy donates a kidney, pay close attention. You could learn something.

From the July 2007 issue of O, The Oprah Magazine

More O Magazine
10 Terrific Reads of 2010
Love, Loss, and What I Ate
Toni Morrison: The Precious Moments a Writer Lives For
The Power of No
What Oprah Knows for Sure About Destiny
Does Acupuncture Really Work?
Best Treatments for 4 Common Miseries
The Summer Salad You Can't Miss and 5 More July Favorites