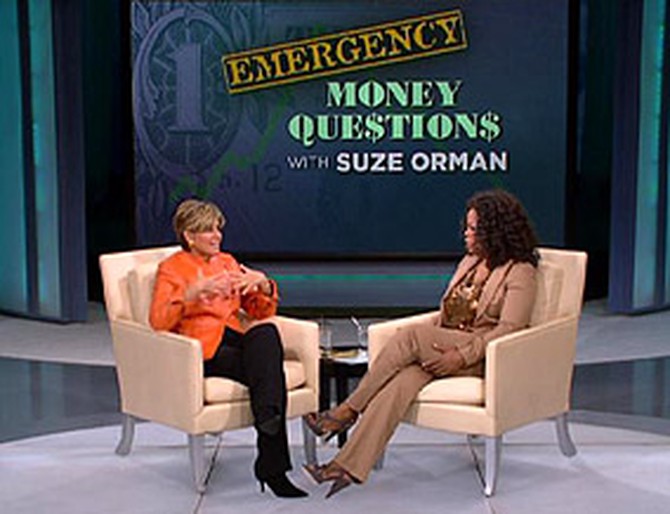 With soaring gas prices, plummeting home prices and a stock market on a roller coaster ride, millions of Americans fear their jobs, homes and savings are in jeopardy. The word recession is making headlines, leaving many people panicked about their financial futures.

Money expert Suze Orman says recessions are a natural part of economic life. "People should be concerned more than worried," she says. "This is not the first time that we have had a recession. A recession is nothing more than a contraction. I'd like you to think about it like your breath. You breathe, you expand. And then you have to contract in order to have breath, in order to have life. Money is the same way. It has to expand and it has to contract for the economy to have life."

Suze says recessions will come and go—so it is important to be prepared. "People think, 'The economy did this to me. When is the economy going to change?' As if the economy is going to save them. And what have I always said? Only you can save yourself. Nobody can ever save you." 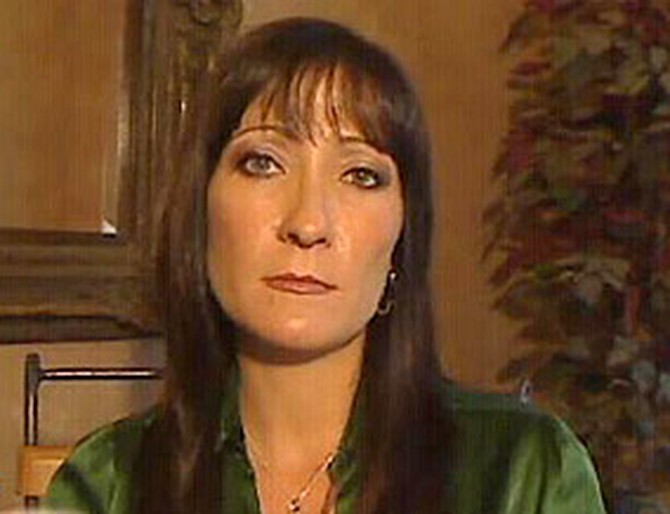 Like many people, Aimee says she never worried about the state of the economy—until it was too late. After struggling economically for a few years, Aimee says her husband's hard work finally began to pay off. "After about five years he was really doing well," she says. "We could afford to take trips. I didn't have to look at the prices of things. I could put whatever I wanted in my shopping cart, and that's basically how we lived."

Aimee admits she and her husband were not planning for the future. "We don't have anything in an emergency fund because we've had to use almost all of it just to survive these past few months."

Now that times are hard again, Aimee wants to know when her troubles will end. 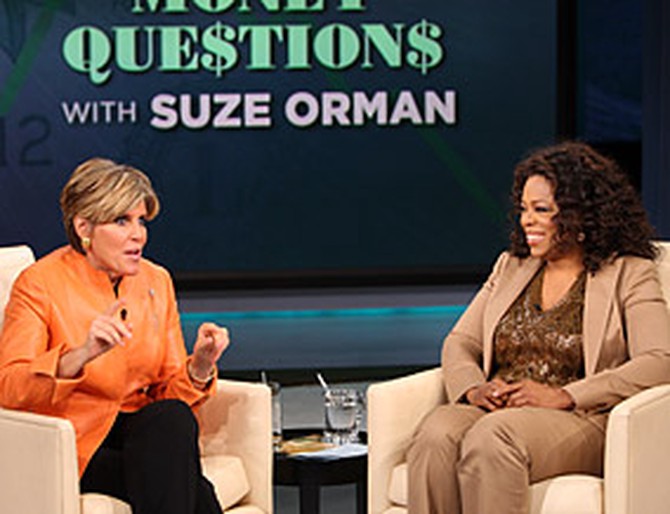 Suze says Aimee's financial troubles will end when she starts living within her means. "It's going to end when you change your mind about how you perceive what's happening," she says. "Because the truth of the matter is, your husband isn't making as much as he was, but he still has a paycheck coming in—it just doesn't meet your expenses. So you're going to have to get real here."

Although Aimee wants to blame the economy, Suze says the choices she made are what put her in a tough spot. "Aimee, the reason that you are in the situation that you're in right now is because once you start making more money, [it] doesn't mean that you spend it all," Suze says. "It means that you continue to live like you were living, possibly get a few of the things that you want, but then you put enough money away so that when something happens, you have an 8-month or a year emergency fund. You don't just go party and do all these things and not plan for when something goes wrong."

Aimee admits that her possessions have become too important to her. "Just recently I had a nice car, and I found myself actually saying, 'That car was me. That was an extension of me.' And then I had to check myself and I thought, 'That is about the dumbest thing I've ever heard. A car is not an extension of you.'"

"Those [are] things that have defined you," Suze says. "The truth of the matter is, once you've given them up, you're going to really find who you are." 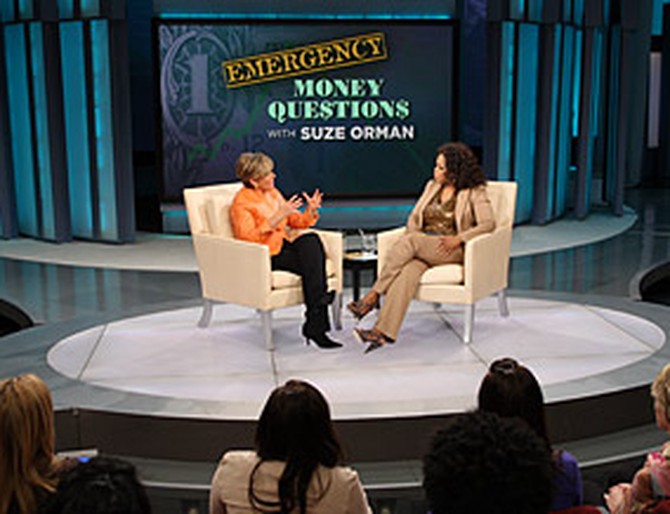 Multibillion-dollar financial powerhouse Bear Sterns made headlines for a collapse that left thousands of people in financial ruin. Many people are now concerned that this could happen to them.

Suze says this could happen again—so it's important to keep your money safe. "If you have money at a bank, banks are okay," she says. "There has never been a default where FDIC [Federal Deposit Insurance Corp.] did not come in and save you. But how much money do you have at a bank, people? The most that you are insured for is $100,000 in your name, usually at an account in a bank."

If you have more than $100,000 in one bank account, Suze says you need to look into opening more accounts. "Diversify your banks and just spread your money," she says. "As long as you're covered by FDIC, you will not lose your money if something goes down." 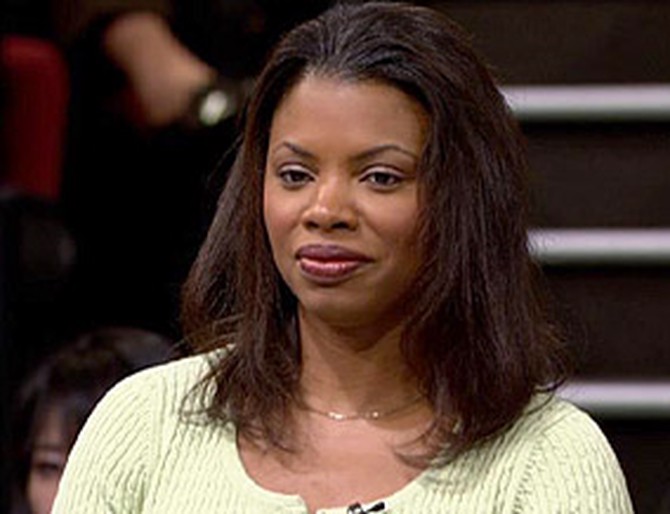 One of Suze's long-held principles is to never take money out of a 401(k) until you retire. Tracee, who says she's been hit by the recession, wants to know why she can't remove $5,000 to help her during these hard times.

"A 401(k), which is a retirement account, is not for a rainy day," Suze says. "It is for your life during retirement. And if you take money out of a 401(k) to save yourself for a day, you are going to give up possibly a lot of money during your retirement life."

Suze explains why taking money out of a 401(k) isn't worth the small payoff. "When you take money out as a withdrawal, you will pay ordinary income taxes and a 10 percent penalty. On a $5,000 withdrawal, after taxes and penalties, that will leave you with approximately $3,000."

Since Tracee is in a tight spot right now, Suze has advice for a quick fix. "You do what's called an IRA rollover," she says. "You take your money that's in the 401(k) and do a rollover [into] an IRA account. Then, once it's in that account, you can take out the money you need …as long as you put it back within 60 days." If paid back in the time allotted, Suze says you will not pay taxes or a penalty. "You can do that once a year. So you now have this money, you can give yourself a short-term loan, and if you pay it back in 60 days, great. If you don't, you will owe ordinary income taxes on it and a 10 percent penalty." 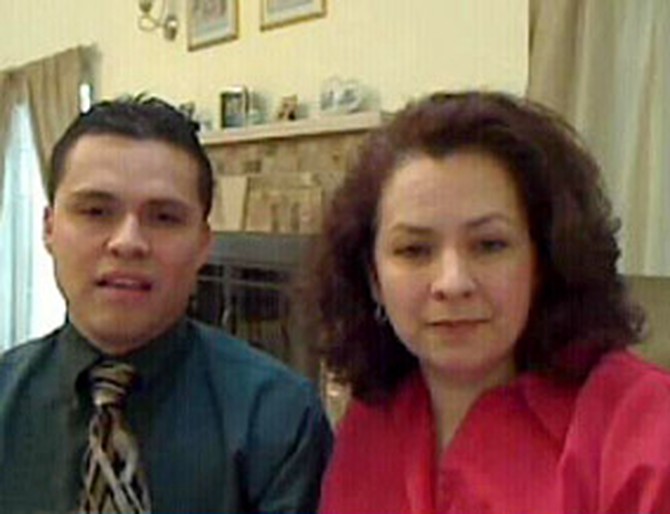 Carlos and Teresa have been watching their mutual fund lose money and now disagree on what to do next. "When we first invested this money, we agreed we were in it for the long haul, so I want to ride it out," Teresa says. "We understand the market can go up and down, but in the long run, our investment should give us a decent rate of return we can rely on for our retirement. We've invested in mutual funds that have performed well historically, and I have faith in the system." Carlos isn't so sure.

Suze says to pretend the money invested in the mutual fund is cash. "Let's say you have $40,000 in cash right now," she says. "Would you right here and right now take that $40,000 and buy what you already have that money in? Would you buy that same mutual fund? Would you buy those same stocks? If the answer to that question is, 'No, I would not,' then you sell. If the answer to that question is, 'Yes, I would,' then you keep it." 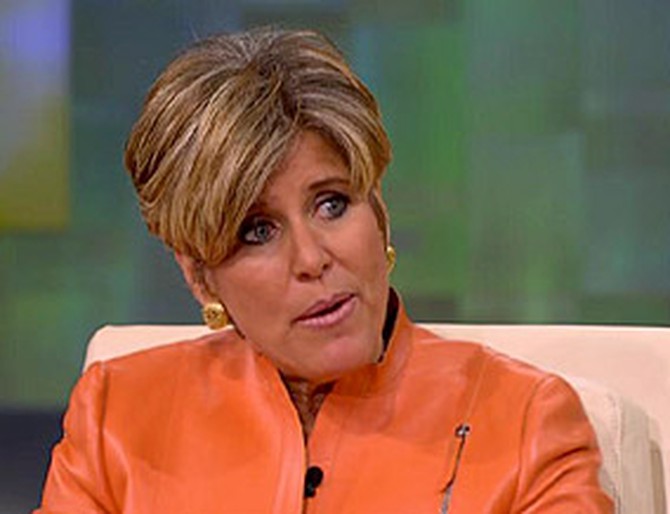 If Teresa and Carlos still don't agree, Suze says to sell only half of the money in their mutual fund. "Why do you have to be an all or nothing investor? Why is it that you always have to do 100 percent of everything with your money or do nothing with it?"

Suze says investing their savings all at once was Teresa and Carlos's first mistake. "In markets that are in turmoil, you never, ever put a hundred percent of your money in one lump sum," she says. "The correct thing that you should have done is you should have taken the money you put in, let's say it's $60,000, and you should have divided it by 12 and invested $5,000 every single month. That way, when the market went down, your money bought more shares. If the market went up, your money would have bought less shares. But the truth of the matter is, you would have averaged your dollars in the cost of it and you wouldn't be down as much as you are right now."

See who went home on Oprah's Big Give