How I Found My Calling as a Sex Goddess 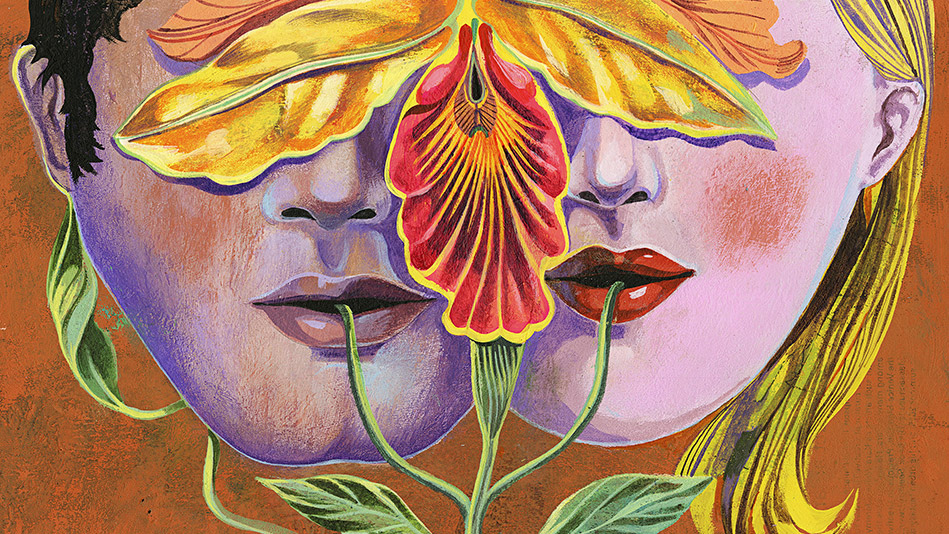 Illustration: Olaf Hajek
For my entire single life, it seemed all the great guys were taken—but when I hit my 40s, the great guys got divorced. Finally, here were grown-ups who had jobs and could load a dishwasher. The best part: They were so grateful to be having sex that I didn't worry whether my breasts were big enough or my butt small enough, whether I made a weird sound or emitted a plume of gas after a Mexican dinner.

Suddenly I was a femme fatale, wrinkles and all. I'd never felt more sexually confident—or aware. Sex, it turned out, was as much about mechanics as metaphysics. So what if the guy needed a little tune-up? The end result could still be thrilling.

Eventually, one of my students became my boyfriend, and he learned everything I had to teach. I have to admit I was relieved. As much as I loved being a middle-aged sex goddess, in the long run, it's exhausting. Now the problem is that I've taught him too well, and I can barely keep up. I feel like Dr. Frankenstein, mastermind of an experiment that's gone madly out of control. And then I find myself having the wildest fantasies—about boring married sex.
From the October 2015 issue of O, The Oprah Magazine

More Inspiration
This Is What the Sex Life of an Erotica Author Is Really Like
Proof That Men and Women Think About Sex Differently
What's Your Sexual Style?
The 12 Best Sex Tips O Readers and Staffers Have Ever Gotten
What I Learned From Sex With a Younger Man
The Way You Enjoy Sex Is Not Who You Are
Dear Lisa: Should I Bring A Selfie Stick to a Funeral?
The Simplest Way to Deal With An Overbearing Mother-in-Law