Here's How You Can Help Demand Justice for George Floyd

From donating to legal defense organizations to calling city officials.
By Melissa Goldberg 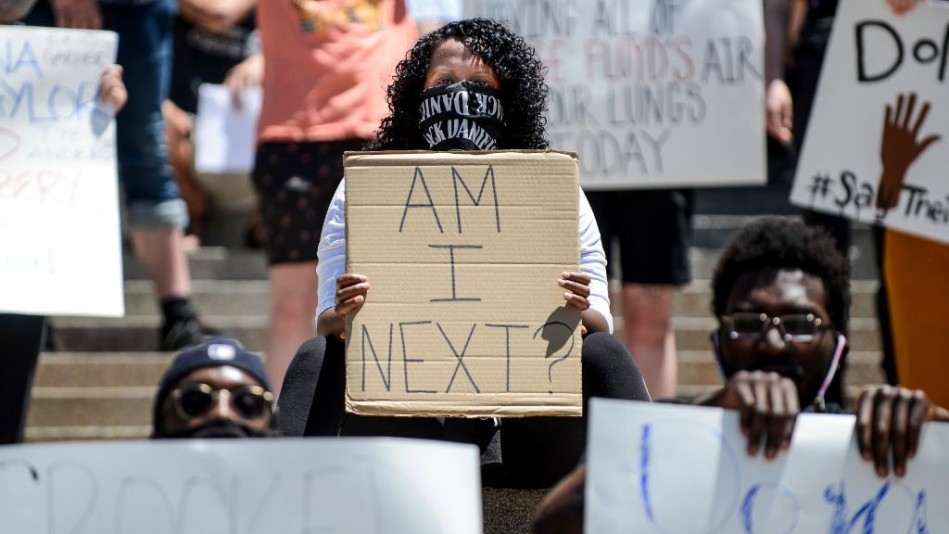 On Monday evening, the Minneapolis police department received a call from a Cup Foods employee alleging that a customer had tried to use a counterfeit $20 bill. After arriving on the scene, officers found George Floyd, a 46-year-old Black man, inside a car and ordered him out. Videos taken by bystanders captured the horrifying confrontation, in which Officer Derek Chauvin forcefully pressed his knee against Floyd’s neck for several minutes—despite Floyd, who was already handcuffed, repeatedly saying "I can't breathe." Minutes later, he became unresponsive, and shortly after the violent encounter, Floyd died at a medical center.

The gruesome incident—which came just weeks after the high-profile deaths of Ahmaud Arbery and Breonna Taylor—has sparked protests across the country in Los Angeles, New York City, Denver, Phoenix, Minneapolis, and other cities. While Chauvin has since been charged with third-degree murder and manslaughter—and the three other officers involved have been fired—the fight for justice continues. "This shouldn't be 'normal' in 2020 America. It can't be 'normal," former President Barack Obama said in a statement. "If we want our children to grow up in a nation that lives up to its highest ideals, we can and must be better."

Here are just a few ways you can demand justice for Floyd, and support anti-racism efforts across the country—and as Oprah herself has said, to not let his name be just a hashtag.

Read the full story here: Here's How You Can Help Demand Justice for George Floyd

More Inspiration
Get to Know Supreme Court Justice Sonia Sotomayor Through Her Books
The Making of the Ruth Bader Ginsburg Documentary
Here's What O Readers Are Most Thankful for This Year
How You Can Join the Stop Asian Hate Movement
Joan Didion's New Book Let Me Tell You What I Mean Shows Off Her Early Work
Ugandan Climate Activist Vanessa Nakate Will Release Her First Book This Fall
Best-Selling Author Maria Shriver Announces a New Book Imprint
Historian Henry Louis Gates, Jr., Discusses His New Book, The Black Church