The Simple Rule That Could Help You Be Less Cynical

The author of Good People shares how a change in mind-set can open you up to new, surprising possibilities.
By Anthony Tjan 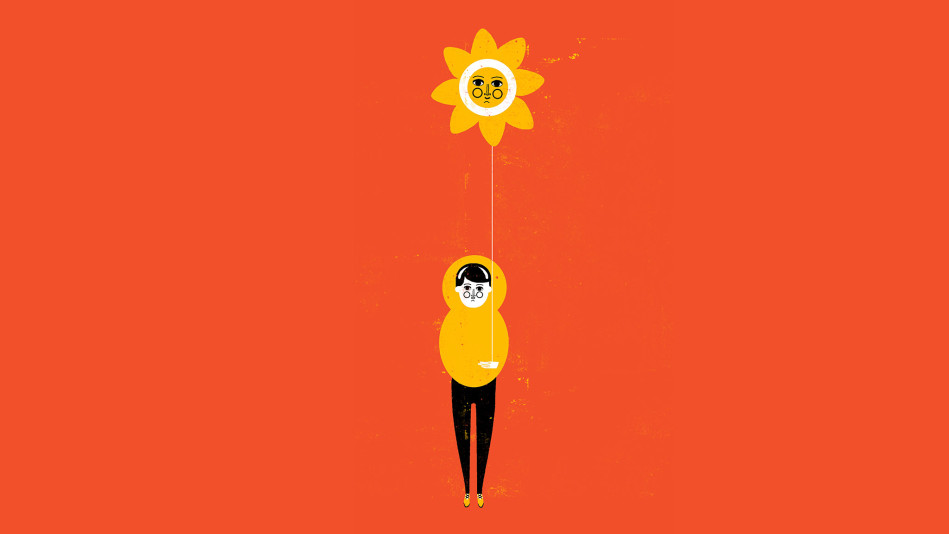 Illustration: Luciano Lozano/Getty Images
A full-page advertisement by Apple featuring a photograph of Jay Chiat, a mentor of mine who was an extraordinary leader in his field, hangs on the wall in my office. The ad appeared in The New York Times the day after the paper ran an obituary announcing Jay's death, and contains only two words of copy: Think Different. At Apple, Jay and his business partner, Lee Clow, created some of the most iconic and breakthrough advertising campaigns of all time.

After his memorial service, I began talking with a friend of Jay's about what we missed the most about my old mentor. We both agreed that it was his openness to new ideas and types of thinking, and his commitment to giving every idea, even the so-so ones, a full and fair chance before finding fault with it. The conversation led me to develop the 24x3 rule. Here's how it works: When someone tells you about their new idea, try to wait 24 seconds before responding with any criticisms. Next, try waiting 24 minutes. If you want to be truly open-minded, spend 24 hours identifying every conceivable reason why the idea might work before you consider why it might not. Banishing our conscious and unconscious biases and adopting a mind-set of openness expands, enriches and diversifies our point of view. Openness allows for inquiry, too.

The value of the 24x3 rule has only amplified itself for me over the years. It's somewhat ironic that as we become older and wiser that we have to be that much more mindful of this rule, since there is so often a tendency to think "I've already seen this movie" or "I know a better idea or way of doing what you are suggesting."

This bias towards one's preexisting experience and knowledge is true in both professional and everyday life. I've seen it too many times in others (and, yes, in myself) in parent/child relationships, in boss and employee contexts or between teachers and students. In my own day job, my colleagues and I, as venture capitalists, invest in early-stage ideas. It's easy to become jaded when you get 500 pitches or so a year, but the very essence of being successful at our job demands that we must try hard to live by a 24x3 rule.

As an example: I think back on when I co-founded with colleagues the idea, and now have put into reality, the nail salon chain—MiniLuxe—in an effort to professionalize and elevate an industry that has been plagued with poor health and professional standards. When we first shared the idea of a couple guys starting a nail salon chain, I remember how dismissive so many people were (especially within the male-bias investment world!). Now, 24 MiniLuxe studios later, with locations across the country, those same people are at least reconsidering their initial assessment of the idea.

Even being conscious of our instinct to dismiss new ideas, too often my first reaction is, "No way." But, if I remember the 24x3 rule, waiting just 24 minutes with a more open mind-set, and, if possible, considering all the possibilities and positive attributes of an idea for24 hours later, often allows me to see why something might work.

This does not happen only in business. I remember discussing with a parent how money is useful to teach kids math—when they immediately gave a roll of the eyes and said how sad it is that everything comes back to money. Then I asked them what 7x25 was. Their response: "I'm not very good with math." So, I asked how much seven quarters was worth. The person responded, "Well, eight quarters is obviously $2.00, so seven quarters is obviously worth $1.75."

Just 24 hours later, the same parent came back to me, sharing how excited she was to use money to do some quick mental math, and she listed a few examples. Our conversation was one more confirmation for me of the importance of the 24x3 rule. This simple rule reminds us that taking a pause, even for just a short time, can often be the difference between being stuck in your own tightly closed circle versus being surprised by and open to the world. 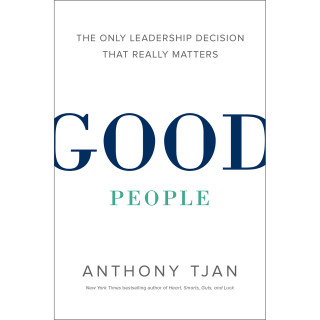 Anthony Tjan is the CEO of Cue Ball Group and New York Times best-selling author of Good People: The Only Leadership Decision That Really Matters from which this essay is adapted (Portfolio Penguin 2017).
Published 09/29/2017