O's creative director shows one homeowner how to create a stunning photo montage.
By Meredith Bryan 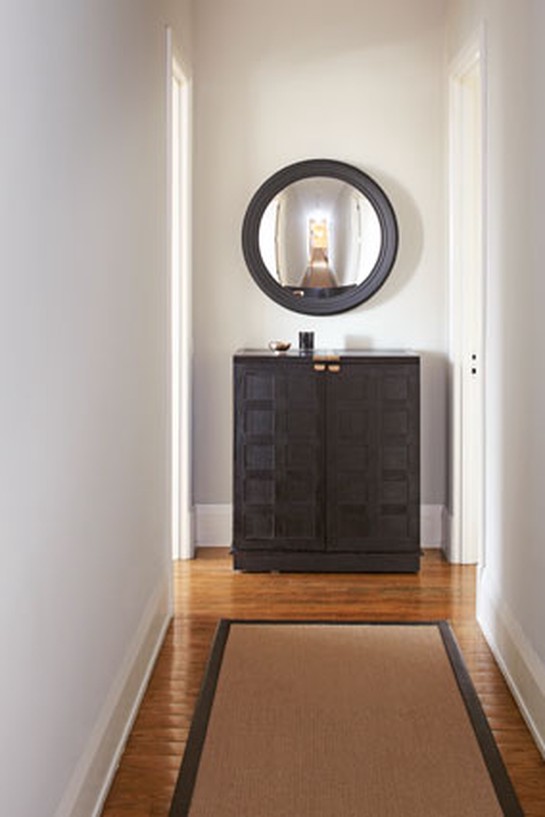 1 of 5
Alicia's Hallway, Before
When Alicia Wilfork, 33, bought a Manhattan apartment with her husband five years ago, she sold most of the Ikea furniture they'd been accumulating since college and hired a designer to turn the loftlike space into what she calls "our first real home." But it's expensive to start from scratch, and Wilfork, a former advertising executive, found that such basics as a sofa, bed, and window treatments ate up much of their budget. "We figured we'd just do the finishing touches ourselves," she says. "Unfortunately, that's meant we've had nothing on our walls for almost five years. We're just so afraid to do something wrong!"

Enter Adam Glassman, O's creative director, whose eye for tasteful embellishment extends even to home decorating. When Glassman discovers that Wilfork has more than 4,000 photos from trips to places like Thailand, China, and South Africa on her computer, his eyes light up. The pictures are just what he needs to give the Wilforks' space "the layered effect"—that ineffable sense of personal style that's all in the details.

Next: Alicia's hallway gets transformed
Published 02/11/2011
PREVIOUS | NEXT
More Home
Nate Berkus: Why You Should Break the Rules When Decorating Your Home
Organizing Secrets from a Manhattan Design Guru
Gayle King's Extreme Closet Makeover
Home Tour: Mindy Grossman's Blueprint for Living
A Design Expert Reveals 3 Ways to Transform Any Room
Decorating Ideas from Diane von Furstenberg
How to Declutter and Brighten Your Home for Summer
Peter Walsh's 3 Rules for Getting Organized This Summer