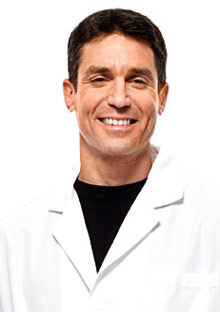 Photo: Mackenzie Stroh
Q: I had gastric bypass surgery two years ago, and I went from 305 pounds to 130. But I've developed a drinking problem, and I've become very promiscuous. I'm not sure what to do.
— A.M.M., Vicksburg, Michigan

A: Two fascinating studies that came out just last year may shed light on your predicament. The first found that people eligible for gastric bypass surgery were twice as likely to have a history of mood disorders and substance abuse as the general population. But these problems tended to be in their past; a focus on food seemed to have displaced them, the researchers theorized. Some experts think that swapping one obsessive behavior for another—addiction transfer—can be an issue for people who have had gastric bypass. I don't know if that was the case for you, but more and more experts believe that severe weight gain is driven by psychological distress of some sort. Whatever the root cause, binge eating disorder—characterized by gorging at least twice a week for six months or more, distress induced by the food sprees, and eating to the point of discomfort—is now thought to be the most common eating disorder of all and a significant cause of severe obesity.

The second study proved something that many gastric bypass patients had been saying for years—that they are far more susceptible to alcohol's effects postsurgery. After one 5-ounce glass of wine, people who'd had a bypass reached a 0.08 blood alcohol level (above the legal limit for driving) and took nearly two hours to clear the alcohol from their system. People who hadn't had the surgery reached only 0.05 blood alcohol and took only 72 minutes to return to sobriety.

The studies suggest the potential for a vicious one-two punch. Not only has the means by which you may have been self-medicating yourself—food—been denied, but now you're much more susceptible to the substance you seem to be using as a replacement. As for your promiscuity, alcohol's disinhibiting effects and link to casual sex are well established. What the new research demonstrates is that you're not alone. The problems you are facing are legitimate and natural after all you've been through, and they can be eased. See your doctor and be candid about what's going on. With good medical care and appropriate counseling, you should be able to address your addictive tendencies at the root and keep the weight off without paying such a high price for your thinness.
From the April 2008 issue of O, The Oprah Magazine
As a reminder, always consult your doctor for medical advice and treatment before starting any program.

More Health and Wellness
How to Eat Healthy and Still Have Fun on Vacation
Dr. Oz: 4 Easy Ways to Reverse the Effects of Time
Dr. Oz Reveals How to Rev Up Your Metabolism All Day Long
4 Ways to Get Nutrients from Your Food (Instead of a Pill)
Digital Kitchen: 2 Ways to Make Healthy Eating Easier (and More Fun)
5 Easy Ways to Eat Healthier (No Calorie Counting)
Easy Ways to Kick Your Sugar Addiction
Dr. Oz's Dos and Don'ts for Going Vegetarian