How to Get Healthier and Happier 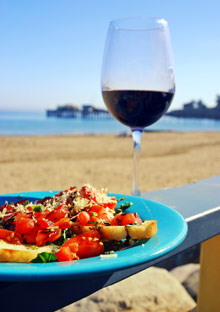 © 2008 Jupiterimages Corporation
Order something you've never tried before. Linger at the table. Let the ice cream melt on your tongue, and really taste it.... How one noted psychologist is transforming what we think about when we think about food.
"Here, rip off a piece of this," says Paul Rozin, coming to a halt right in the center of teeming Reading Terminal Market, a 115-year-old marketplace turned food court in central Philadelphia, and offering up a crusty raisin-nut loaf. "Part of the pleasure," he says in his gravelly voice, "is in the ripping."

Everyone likes pleasure, but Rozin's interest in it isn't merely sensual, nor limited to desire, longing, and satiation; it is, rather, a rigorous intellectual and academic exercise. Paul Rozin has made a career of studying pleasure, especially as it pertains to eating.

Technically speaking, Rozin—bearded, 70-something, and irrepressibly enthusiastic—is a professor of psychology at the University of Pennsylvania, where he has been teaching for the past 44 years. Originally from Brooklyn (where he was raised on American and Jewish food), Rozin studied at the University of Chicago and followed his joint PhD in biology and psychology at Harvard by examining animals' food choices. But about 25 years ago, he switched his focus to humans, becoming something of a gustatory anthropologist as he tries to tease out what our eating says about us—as individuals, as families, as cultures. And since our particular culture appears to be stuck in a moment of marked anxiety and conflict about the foods we eat (should we swear off carbs? which is more dangerous, salmon or beef? why are we all getting so fat?), the answers Rozin is discovering seem to be arriving just in time. Reading Terminal Market is something of a field trip for Rozin, so we perch on a couple of stools at a Greek-food stand, give our orders to the man at the counter, and begin to explore the current landscape of American eating.

Oddly, the foodstuff that thrust Rozin into that landscape had more to do with pain than pleasure: It was hot chili peppers. In the early 1970s, Rozin's then wife, cookbook author Elisabeth Rozin (they divorced in 1991), was writing The Flavor-Principle Cookbook. In it she reported on how various cultures use hot peppers as a central flavoring element. But why, Paul Rozin wondered, did it ever even occur to people to eat chilies—substances that cause pain when first encountered? So he went to the Mexican highlands near Oaxaca for the answer.

There he let children of various ages choose packets of flavored powders and found that there was a point from ages 5 to 7 at which most kids began preferring the hotter flavors, but not before; the preference had been learned. Rozin wondered, could animals be taught to like them as well? He tried it on pigs and dogs. Given a choice, he says, "none preferred the tortillas with peppers. One dog was indifferent, but that was as close as it got. It occurred to me that there is something unique about the way people approach food—that the social meaning of food changes the eating experience in some essential way." He did eventually find an animal who liked spicy food—a dog in the United States that was brought to the dinner table by its anthropomorphizing owner. "It had been taught to like peppers, just like the Mexican children," Rozin says.

Rozin ended up coining a term for the hot-pepper affinity (along with other physical experiences that aren't logically very pleasurable): benign masochism. "I think humans enjoy doing things that their bodies tell them are dangerous—you're sweating, your mouth is burning—but that they learn are not going to hurt them. It's like riding a roller coaster. It's pleasurable because we learn that we'll survive it, and it becomes a thrill."

From the May 2008 issue of O, The Oprah Magazine