I Hate Exercise. Here's What Happened When I Signed Up for a 5K.

I visualized myself blazing across the finish line, the theme song from Chariots of Fire playing in my head. This is how that actually went.
By Katherine Fung 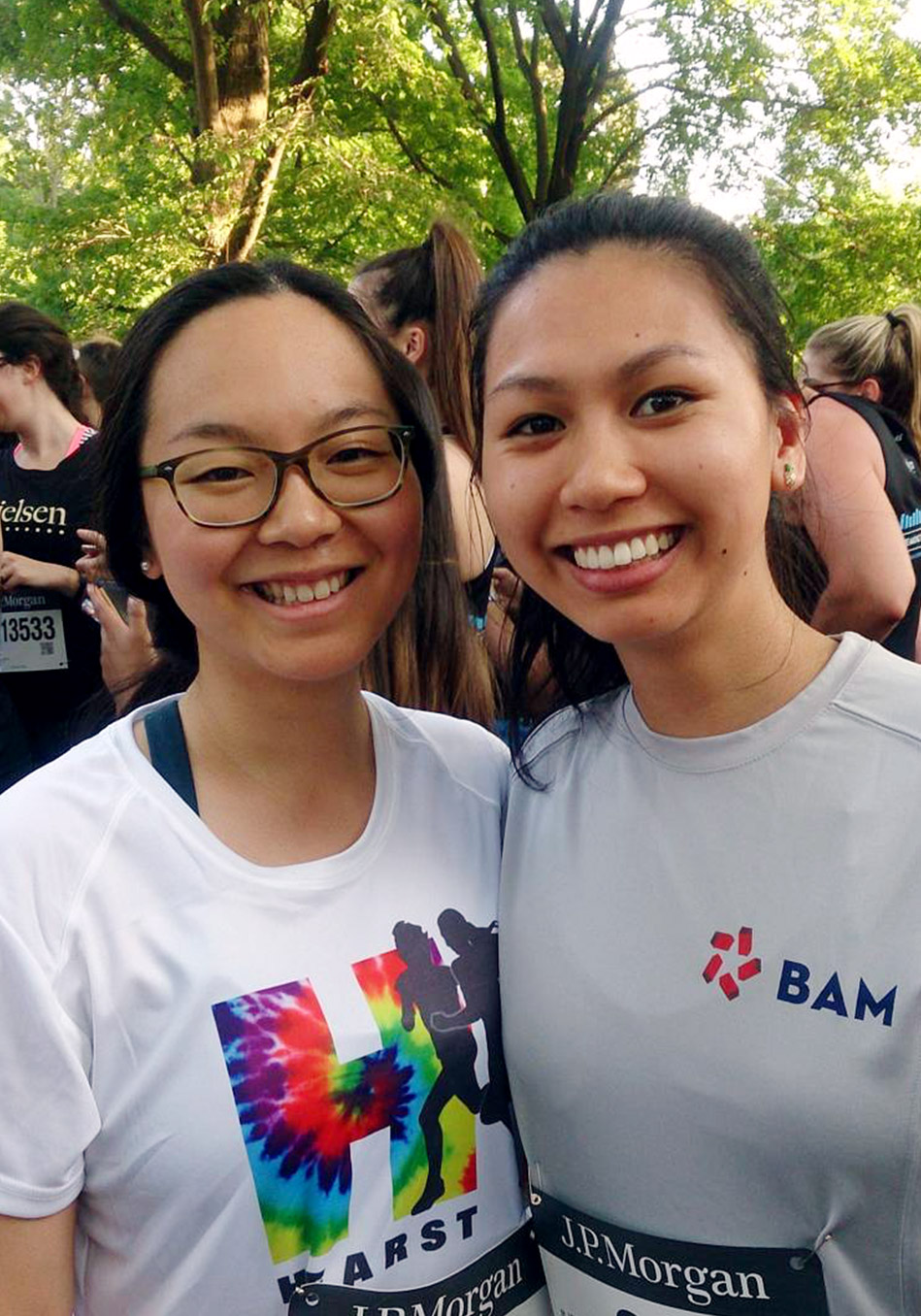 Photo courtesy of author. The calm before the storm.
I tried everything to start a regular workout routine. There was the ballet class Groupon I never redeemed, the boot camp passes I tried to pawn off on friends, and even a brief attempt to master indoor rock-climbing (a decision preserved for posterity in the form of a New Year's Eve video in which I foolishly declared that I would be an intermediate climber by the end of 2013). Working out, in the rare instances I did it, always felt like torture. I'd be out of breath and in pain, with zero signs of exercise-induced endorphins.

Then, I started a new job where the majority of my co-workers had run half-marathons. I didn't understand how they could love working out the same way I love potato chips. Did my inability to follow through on a fitness plan mean that I was actually a quitter? I was disciplined in every area of my life except for fitness (I floss every day! I save for retirement!). The question gnawed at me, so I decided to try running to prove to myself that I could stick with exercise. For motivation, I signed up to run a 5K sponsored by my company.

My plan was to use the Couch to 5K training method, which calls for three workouts per week, combining walking and running, and designed to get you running a full 5K after nine weeks. I had more than two months to train before race day, and I was confident that I'd be ready.

The first week of the plan—where I ran for just a minute at a time and then walked for a minute and a half—was a breeze, and doing it with a friend made it enjoyable. As the program continued, though, making time for runs or even remembering to bring workout clothes to the office was a different story. Three times a week quickly became twice, once or, sometimes, none at all.

By early May, I was still hopeful that I could make up for lost time. That feeling lasted until the week before the race, at which point I Googled, "how to run a 5K without training." (I was somewhat buoyed by the story of a guy who finished a 5K with minimal training—after a kidney transplant, no less—but I didn't come across any tips I hadn't seen before.)

On the day of the race, I ran with my sister for extra encouragement. The first kilometer wasn't bad. Seeing the first mile marker pushed me to run a little faster. After the second kilometer, though, I was completely out of breath. Spotting the third kilometer marker in the distance gave me the willpower to run to the sign, but I also gave myself permission to stop once I reached it. Disappointed that I didn't make it 2 miles, I walked past the fourth kilometer marker and ran at the very end across the finish line.

My most obvious mistake was not training on a regular basis, but it wasn't the only thing I got wrong. After the race, I spoke to certified personal trainer and running coach Amy Roberts, who shared five pieces of advice for first-time runners.

1. Beware of the Ways You're Wasting Energy

I held my phone in my hands for most of my workouts, but that's a big no-no for the same reason that runners shouldn't clench their fists: The tension makes running feel harder. Roberts tells beginners to relax their hands and lightly touch the tips of their index fingers to their thumbs during runs, as if they're holding a chip. (Another way to think about it is to imagine cradling an ice cream cone in each hand.)

2. Use the 10 Percent Rule to Gradually Increase Your Distance

Roberts tells clients to add just 10 percent to their mileage each week. If you started with 1 mile per run during the first week, don't go farther than 1.1 miles per run during the second week. You should also be running two to four times per week. The goal isn't just to increase your endurance; you need to "build up your body to withstand the impact of running," says Roberts says. (Going too far too fast or running too often puts you at greater risk for injuries like shin splints and plantar fasciitis.)

3. Save Your Headphones for the Gym

Aside from the obvious safety concerns of listening to music while you're running outside, tunes can distract you from how your body feels while you're running. For example, "pain in your calves can mean that you're not picking up your feet enough," says Roberts says. You might also be tempted to match your pace to the tempo of the song, which may be too fast or too slow. "If you must have music, only wear one earbud so you're still aware of what's going on around you," says Roberts says.

4. Walking Doesn't Mean You're Giving Up

I thought that the point of running was to run a certain distance without stopping, but Roberts says that's not the case. She recommends that beginners start with a plan that combines running and walking. If you try to run the whole time when you're just starting out, you'll probably end up slowing down during the latter part of the workout, says Roberts says. The run-walk strategy helps you maintain a steady pace.

5. Don't Try to Beat Your Personal Best Every Time

One of the biggest misconceptions about running is that "every single run has to be an all-out effort," says Roberts. Seasoned runners run regularly, but they're not doing 5 miles at race pace every time they lace up their sneakers. And runner's high—the body's release of endorphins after physical activity—is a real thing, but it's not a given, and not something many runners are actively chasing. (Roberts says she's only experienced it twice).

As a running coach, Roberts has heard many different reasons why people run, but the most important factor, she says, is simply the desire to do it. After getting all of these new tips, I was pumped to give the running thing another try...until I actually did it two weeks later and gave up two blocks in. That desire Roberts talked about? I've accepted the fact that I just don't have it, at least not for running, or ballet, rock climbing, or any known boot camp. My search for the Exercise I'll Actually Do continues— and my goal is to find something I enjoy as much as flossing.