Are You Drinking Too Much?

Is there such a thing as being a little bit alcoholic? When does a pastime become a problem?
By Kathy Merrell 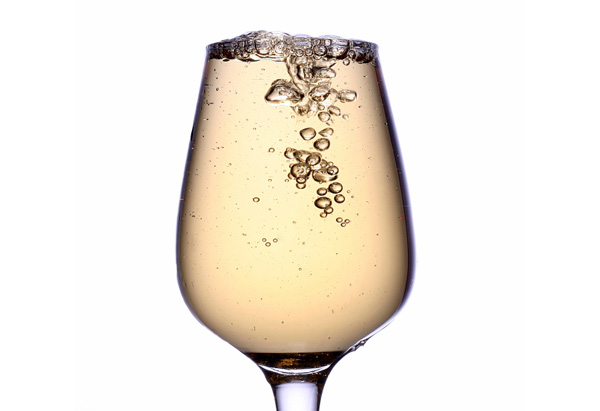 Photo: Thinkstock
For as long as I can remember, I had been having at least three glasses of wine each night. I was usually beat when I got home, and it was the first thing I reached for," says Laurel, a fortysomething professional from the West Coast. "I thought, I've earned it—after all, it's only wine, and I never get drunk."

One of thousands of women who responded to an informal Internet survey O conducted about alcohol consumption, Laurel had recently stopped drinking for weight and health reasons. She is not alone in her concern. Some 36 percent of the more than 5,000 women who answered our questions said they were afraid they might be drinking too much; 52 percent said they think about stopping.

Our research reveals that many women wrestle with the same nagging questions: Is alcohol affecting my health? How do I know if I have a problem? Will I feel better if I stop? Problem is, there may be as many answers to these questions as there are people who ask them.

How much is too much? That depends on what you're most afraid of. If it's alcoholism, it's safe to say that limiting yourself to a maximum of one drink per day (for instance, a 5-ounce glass of wine or 12 ounces of beer) will keep most women out of the danger zone. Those who are pregnant have a good reason not to drink at all: Most experts counsel-total abstinence, although some obstetricians allow their patients an occasional glass of wine or beer with dinner. Keep a drinking diary: Many people find they are well within safe levels (75 percent of the women in our poll reported having fewer than four drinks per week).

Does this mean that if you drink two glasses of wine a night you're a little bit alcoholic? Absolutely not. People metabolize alcohol differently. The stout Winston Churchill could probably handle many more drinks than, say, the bone-thin Audrey Hepburn. "Some people can have two glasses of wine a night and not suffer consequences. For others, the same amount can compel them to overindulge," says Arnold M. Washton, Ph.D., director of the Center for Addiction Psychology in Manhattan and author of Willpower's Not Enough. Many factors can predispose a person toward alcohol abuse, among them familial attitudes, psychological history and friends' drinking habits.

The key to recognizing a problem is determining whether drinking has a detrimental effect on your life. "If you're merely a social drinker, you won't end up regretting anything you did or said," says Washton. Habitually making inappropriate comments, acting out sexually, driving dangerously, blacking out or waking up sick because of alcohol are signs of a serious problem, no matter how infrequently a person drinks.

Alcoholism is generally diagnosed by what some experts call the Three C's: control, compulsion and consequences. Any woman who always drinks more than she intends to, is preoccupied with drinking and suffers negative consequences from it has a problem that requires professional help. "If those behaviors are present, red flags go up for me," says Nancy Jarrell, a family therapist and addiction specialist at Sierra Tucson, a psychiatric hospital in Arizona. "A typical justification is 'I only drink after five o'clock'—but what happens after five is out of control."

People who are not alcoholic should be able to follow their own rules. "The acid test of whether someone is dependent is to see if they can cut back on their drinking for 90 days," says Washton. "It's about setting up guidelines and seeing whether you can stick to them."
From the December 2000 issue of O, The Oprah Magazine

More Health and Wellness
The Biggest Mistakes Women Make When Drinking
Are You Secretly Sad?
4 Gadgets that Can Improve Your Health
12 Ways to Improve Your Family's Health
Dr. Oz Answers Your Most Pressing Health Questions
Why Is It So Damn Hard to Change?
What Happens When You Start Recording Every Little Detail of Your Health?
The Latest Science on Aging: Does a Cocktail a Day Keep the Doctor Away?