Party Apps That Look Way More Complicated Than They Are

Making small, hand-held bites does not have to mean you'll spend hours in the kitchen, as these speedy yet great-looking hors d'oeuvres show.
By Lynn Andriani 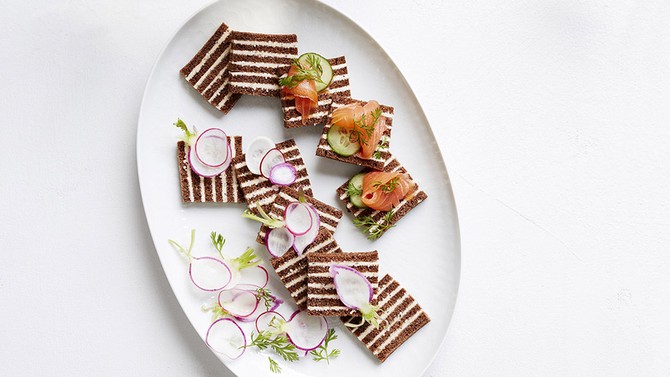 The "How'd You Do That?" Bread Trick
Here's an elegant but easy way to present what's essentially buttered bread. You start with a loaf of thinly sliced cocktail pumpernickel. Spread horseradish-spiked butter on one slice, cover with another and continue until you've got a stack of six slices. Refrigerate until the layers are well "glued" together, then cut each stack vertically and voila: layer-cake-like slices of bread that are lovely alongside smoked salmon, or sliced cucumber or radish.

Get the recipe: Black Bread and Butter Lattice Recipe 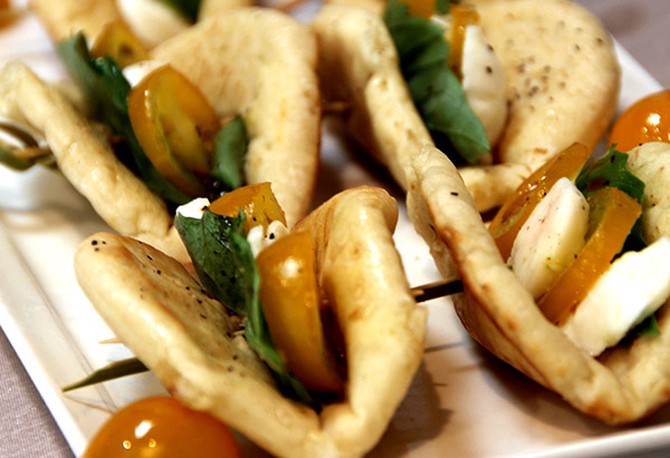 A Traditional Party App, Sandwich-ified
This recipe from entertaining expert Cheryl Najafi takes the familiar tomato, mozzarella and basil on a stick and adds a new element; but doesn't take you down a rabbit hole of prep work. The supersimple addition is just toasted mini pitas (Thomas' makes them, as does Trader Joe's); they add heft, crunch and an undeniable cuteness factor. You place a piece of tomato, mozzarella and basil in each pita and secure the micro-sandwich with a skewer.

Get the recipe: Caprese Pita Skewers 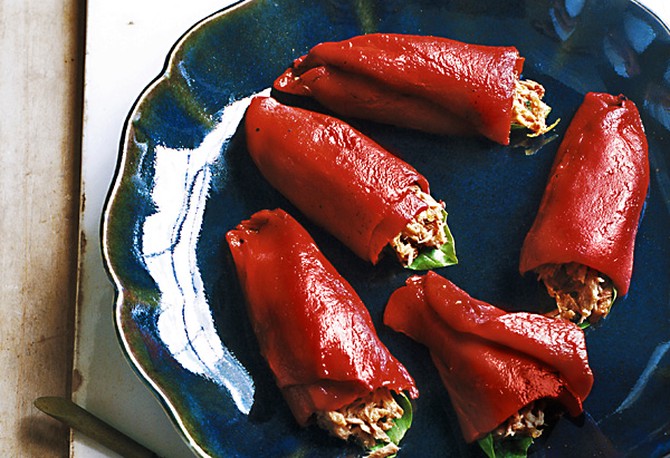 Smarter Stuffed Peppers
Individual roasted, stuffed peppers look so appealing, but the thought of cleaning peppers, roasting them, removing their skins and stems and then filling each one? Not so much. This done-and-done recipe has you use jarred peppers, which are soft enough to roll up but also strong enough to hold a simple tuna salad (pick up the salad at a deli if you really want to keep things simple).

Get the recipe: Piquillo Peppers with Mediterranean Tuna Salad 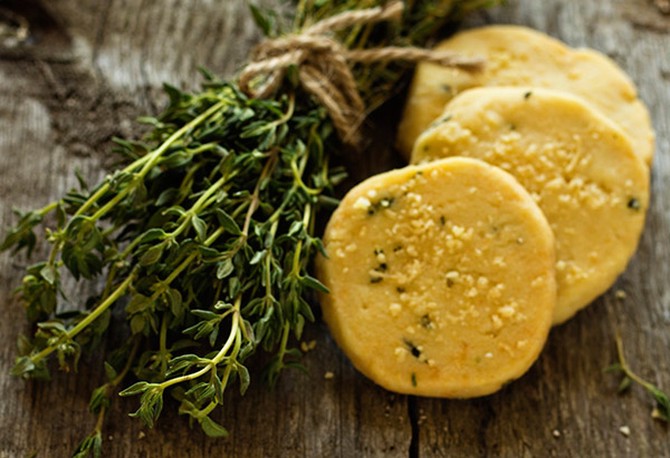 Homemade Crackers Anyone Can Make (Seriously)
Baked-from-scratch, cheesy crackers not only taste better than store-bought, but they smell fantastic as they're cooking, too, and look lovely on an hors d'oeuvre platter. Fear not: If you can make and slice dough to bake cookies, you can probably handle this recipe. You pulse flour, cheese, lemon peel, thyme, butter, sour cream and an egg yolk in a food processor; roll the dough into a log; chill (wrapped in plastic); cut and pop in the oven. 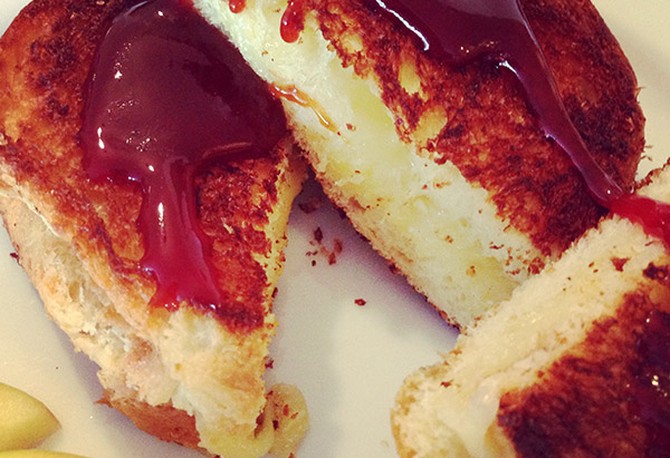 Party-Ready Grilled Cheese
There are only three ingredients in these addictive bites, but each one is a powerhouse. You start with brioche, which has enough butter in it that you don't need to spread any on it. Then comes aged cheddar (the older it is, the more sharp it tastes). After you've miniaturized these droolworthy sandwiches into individual portions with a sharp knife, you add the finishing touch: A smear of Mostarda, a sweet-savory dried-fruit compote (you could also use fig jam). 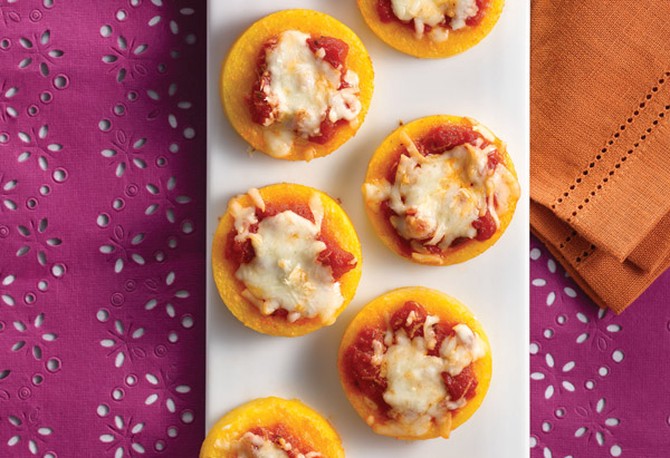 The Mini Pizza, Perfected
We're big fans of the fast and easy mini-bagel pizza (and we suspect we're not alone here), but the tasty party snack does have a flaw—that hole in the middle that the cheese and sauce always drip through. Instead, here's a better way: Use a tube of prepared polenta as a solid platform on which to spread tomato sauce and grated cheese, so the pizzas look terrific but are still a snap to make.

Get the recipe: Polenta Mini Pizzas

Next: How to make a cakes that everyone at the party will be talking about
Published 10/29/2015
More Food
18 of Our Best 10-Minute Appetizers
25 One-Bite Appetizers
Our Top 5 Recipes for Effortless Parties
7 Delicious 5-Ingredient Appetizers
5 No-Fuss Dinners for Your Busiest Days
Ridiculously Easy Dinners to Make on Vacation
7 Warm-Weather Casseroles We Love
5 Brunch Dishes That Will Make Friends Feel Loved