The No-Kidding, Most Delicious Way to Cook Corn That You Don't Know About

If you thought you had tried the summer veg every which way, we've got a recipe for you.
By Lynn Andriani 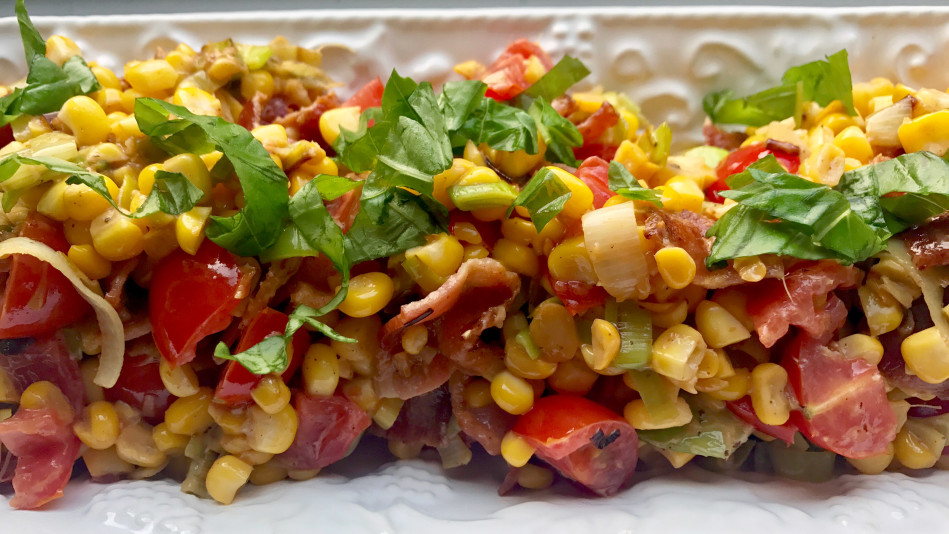 Photo: Lynn Andriani
Come summer, fresh corn stars in everything from chowder to cakes—that is, when it's not stealing the show all by itself on the cob (with some crazy-good toppings). But there's another amazing way to cook this farm-stand classic that you may not have tried before, a version souped up with three simple letters: BLT.

You may have heard of a dish called Confetti Corn, wherein you remove the kernels from the cob and toss them with sautéed onion and bell peppers, butter and basil for a symphony of a side that's great with just about any July or August meal. This is our spin on Confetti Corn, and it takes its inspiration from the beloved BLT sandwich, with just a few tweaks.

First, of course, is the bacon; you'll want to cook a few slices until they're crisp. Next come half-moon slices of leeks (they're the "L" in this recipe, providing a sweet and rich backbone with which lettuce, as much as we love it, just can't compare). You can cook them in the same pan (just remove the bacon and pour off all but a spoonful of fat); they'll turn translucent and impart a subtly garlic-chive-ish taste to the finished plate.

Then comes the main event: the corn. Use this simple technique to remove the kernels and then add them to the leeks. After a few minutes, just as soon as the corn is slightly softened but still retains its bite, remove the pan from the heat and stir in the diced tomato. Fold in the crumbled bacon and a spoonful of mayo, sprinkle with salt and pepper—and garnish with a bit of basil for a bright finish.