A debut novel reveals the agony and ecstasy of Midwestern youth...Jacqueline Woodson on the power of diversity in kid lit...a new volume collects the letters Nelson Mandela wrote from behind bars...and more. 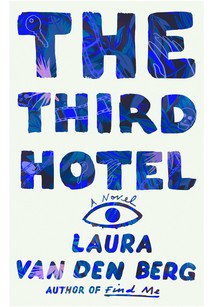 Amazon.com | Barnes & Noble | Apple Books | IndieBound
"What was she doing in Havana?" It's a question with no obvious answer, but one that Clare, the wandering widow at the center of The Third Hotel (FSG), Laura van den Berg's eerily gorgeous novel, poses to herself. Officially, she's there to attend the premier of Revolución Zombi, the first horror movie shot in Cuba. Her husband was a film scholar with an interest in scopophilia, or the "morbid urge to gaze," and the trip was booked for the two of them until a hit- and-run left him dead. Or something like that. In what Clare perceives, alternately, as a miracle, a nightmare, or a mental breakdown, she begins to see her husband traipsing through the streets as if on vacation. Clare orders herself to stop recognizing him, "since what she was recognizing was plainly impossible, but then she crept closer and saw just how possible it was."

While the hypnotic tale is all about zombies and ghosts, it's mostly a metaphysical mystery, whose dread is rooted in the impossibility of ever fully knowing those we love. Not that that stops Clare from trying. She cancels her flight home, loses her job, and tracks her dead spouse through a museum, to his hotel room, and ultimately into bed. Afterward, Clare cuts up and sobs, "broken by overness." If one thing is clear in this elegiac terror, it's that nothing truly ends. Even the novel itself, once finished, seems to continue beyond the last page, like a dream that stays with you long after waking.
— Natalie Beach
Published 08/24/2018
PREVIOUS | NEXT