A Better Way to Deal With Wild Animals

The Case for Keeping Our Paws For Ourselves
By Rick Bass 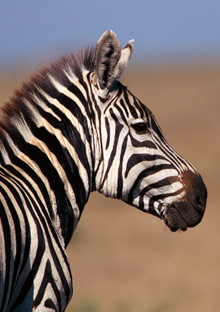 Humans, too, possess varying degrees of the wild and the domestic. I'm lucky. I get to live at the edge of wild country, and from time to time on my quiet walks into the wilderness, I glimpse traces—a track, even a flash of fur—of the animals that simply will not tolerate mankind.

Wild animals behave differently from domestic ones, having not been sculpted by the overheavy hand of man. I'm thinking of the black rhinos of Namibia, which have been pushed to the edge of an environment so severe that finally they are safe, in country so uninhabitable that people cannot survive it long enough to pursue them. Or the last grizzlies of Montana, the last wolverine, last lynx, last redband trout—animals that have not learned to accept man in the last two million eyeblink-years and show no real signs of doing so in the next two million.

These are not the animals whose edges have been sanded off by contact with humans. They are not the ones whose spiritual and physical integrity we've interfered with: the raccoons that learn to prefer the garbage can in the alley or the dog food on the porch to the crunch of freshly caught crayfish from a stream in an old forest; the grass carp that gorge on the lush abundance of vegetation fed by the fertilizer rolling off emerald golf courses, fertilizer laden with heavy metals that ultimately kill the carp, and kill the animals that eat the carp. Everything wild we touch becomes less wild, then dies, and usually without the dignity of doing so within its own system of grace and logic.

If people were ever to vanish from the Earth, wild animals would survive. But if the wild animals vanish, I think our odds go way down. We need these animals. I just don't know how to prove this. And I often fear that by the time we have the proof, it will be too late.

From the June 2009 issue of O, The Oprah Magazine

More Inspiration
Hiding in Plain Sight: Inside the Life of an Undocumented Immigrant
Get Fit, Give Back: The Benefits of Volunteer Coaching
"I Will Never Know Why"
The Rapist in My Bedroom...