In a climate marked by endless talk and far too little action, these 12 politicians give us reason for hope. 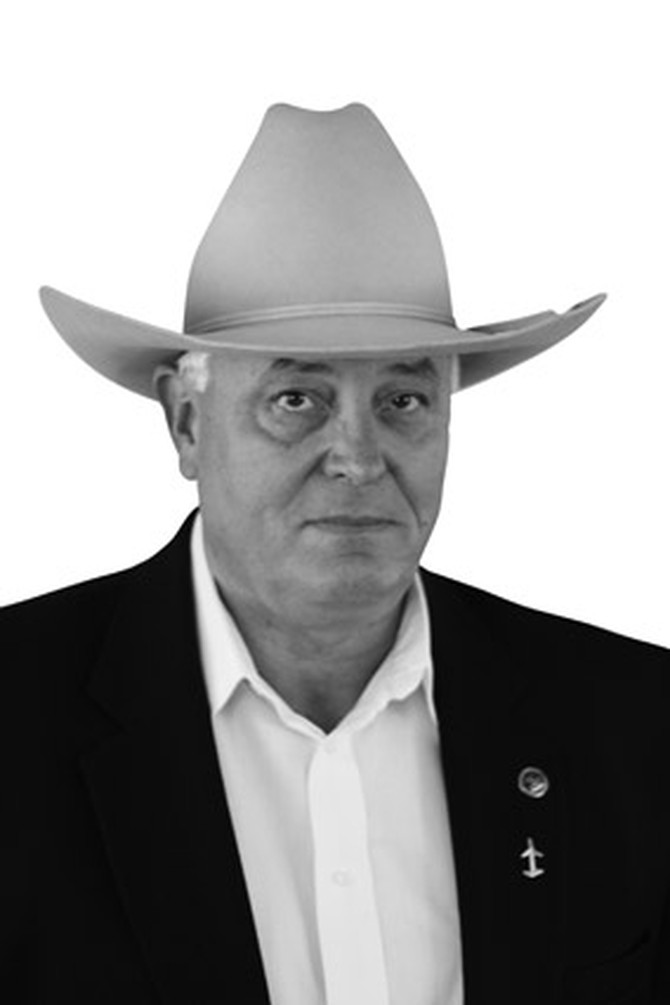 John Hansen, President, Nebraska Farmers Union
The Challenge: In Nebraska, as in many states, the Humane Society of the United States (HSUS) and farmers have had a contentious relationship.

How He Tackled It: The former hog and cattle farmer met with the HSUS's president last fall, over the objections of Nebraska's governor. Hansen wanted his 5,000-plus members to appreciate consumers' evolving preferences—including their desire to know that animals had adequate space and exercise while alive.

The Happy Result: The Nebraska Agriculture Council of the HSUS is a farmer-led advisory board that matches farmers with eco-conscious buyers willing to pay a premium for sustainable food. "We're pioneers," Hansen says. "And we'll continue to do what's right." —Rachel Swaby 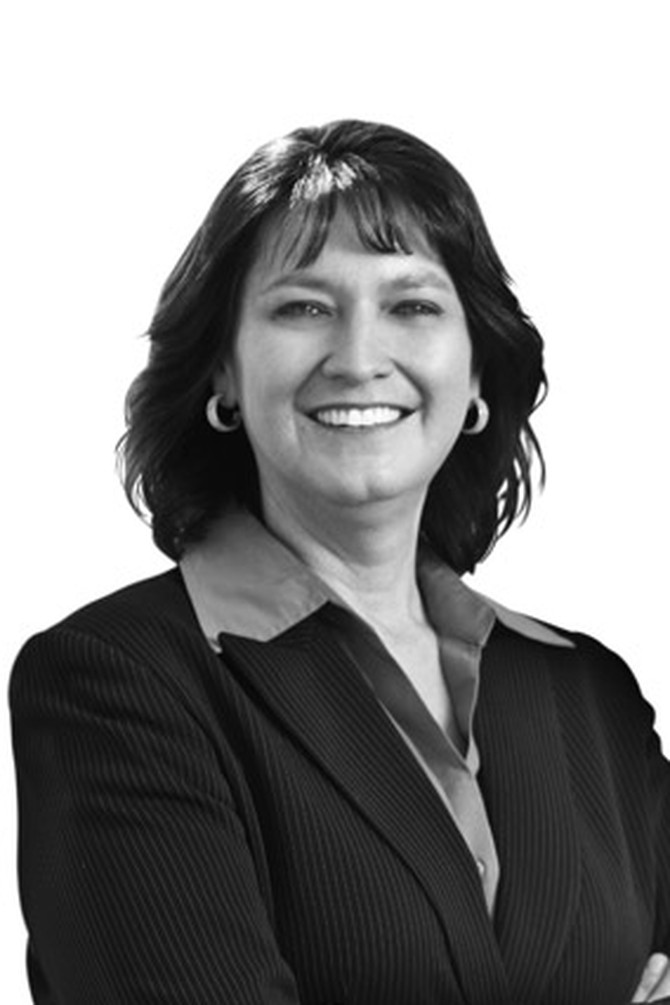 Photo: Adam Sings in the Timber

Denise Juneau, Montana's State Superintendent of Public Instruction
The Challenge: Many of the state's lowest-performing schools are located on Indian reservations.

How She Tackled It: Three years ago, Juneau, who grew up on the Blackfeet reservation, launched Schools of Promise, a plan to boost students' test scores and encourage community involvement in education. Now teaching coaches help out in classrooms, and staff are on-site to identify students who could benefit from mental health or social services.

Words to Lead By: "When you're educated," says Juneau, a Harvard grad, "you must offer others a road to success." —Hollace Schmidt 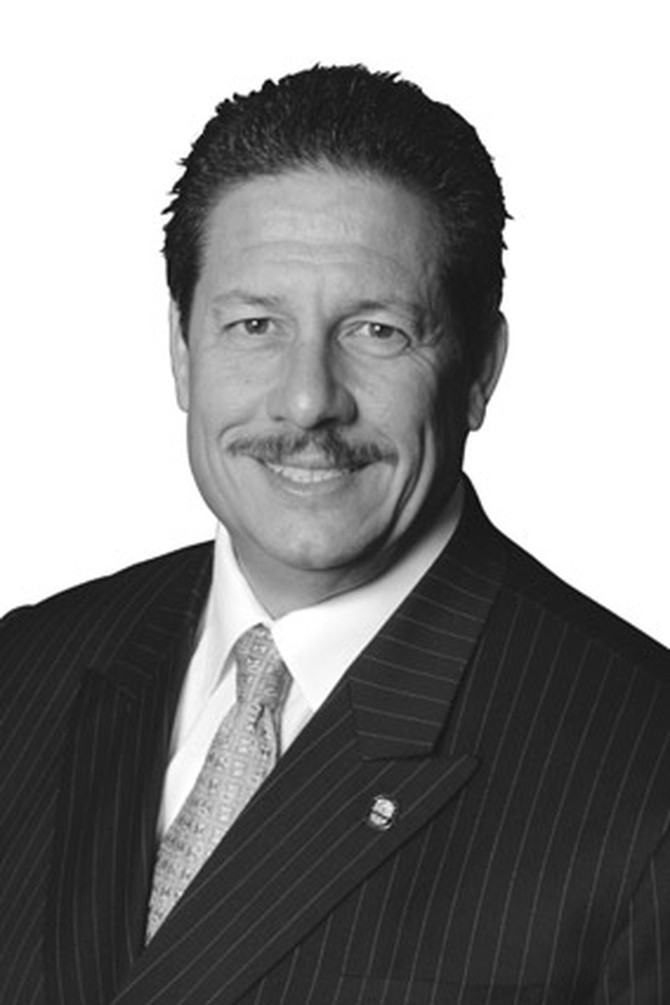 Jose "Pepe" Diaz, Commissioner, Miami-Dade County, Florida
The Challenge: With the bad economy, Diaz's constituents seemed frustrated. "People were calling my office and screaming at my staff for little things," he says.

How He Tackled It: The day before Valentine's Day, Diaz kicked off 14 Days of Neighborly Love: Inspiring Random Acts of Kindness. Local companies offered residents everything from cheap gas to free spa facials and marriage counseling services in hopes that every beneficiary would, in turn, do something kind for another person.

The Happy Result: Diaz still hears from residents who took on small but meaningful tasks like volunteering to walk a neighbor's dog. "One county can't fix everything," he says, "but we can still try."—Wendy Grossman Kantor 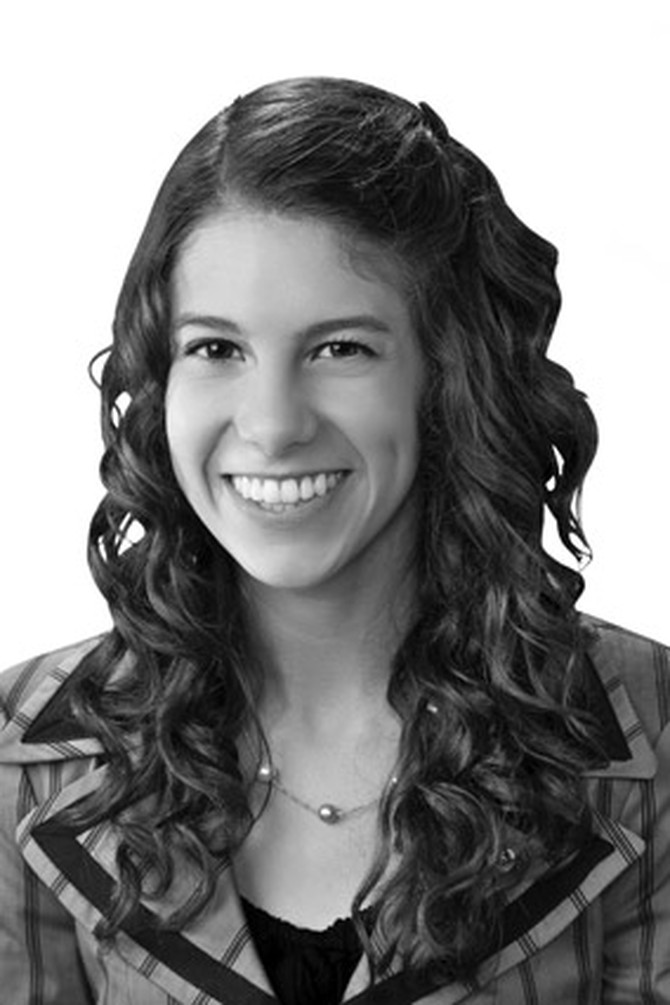 Rebecca Riley, President, Key Club International
The Challenge: Attending conventions for the high school service organization, whose members raise money for charity, can cost up to $1,000, including travel and lodging. "Key Clubbers who've done so much for the group can't afford it," Riley says.

How She Tackled It: The then 17-year-old from Homewood, Alabama, sought corporate support and, thanks to a family friend, wound up making a 30-minute pitch to a Walmart executive and winning a $25,000 grant last February.

The Happy Result: Thirty-three club districts received part of the grant before this year's convention in Orlando. "My first convention made me fall in love with Key Club," Riley says. "I wanted to make sure more people experience the organization the way I did." —Claire Schmidt 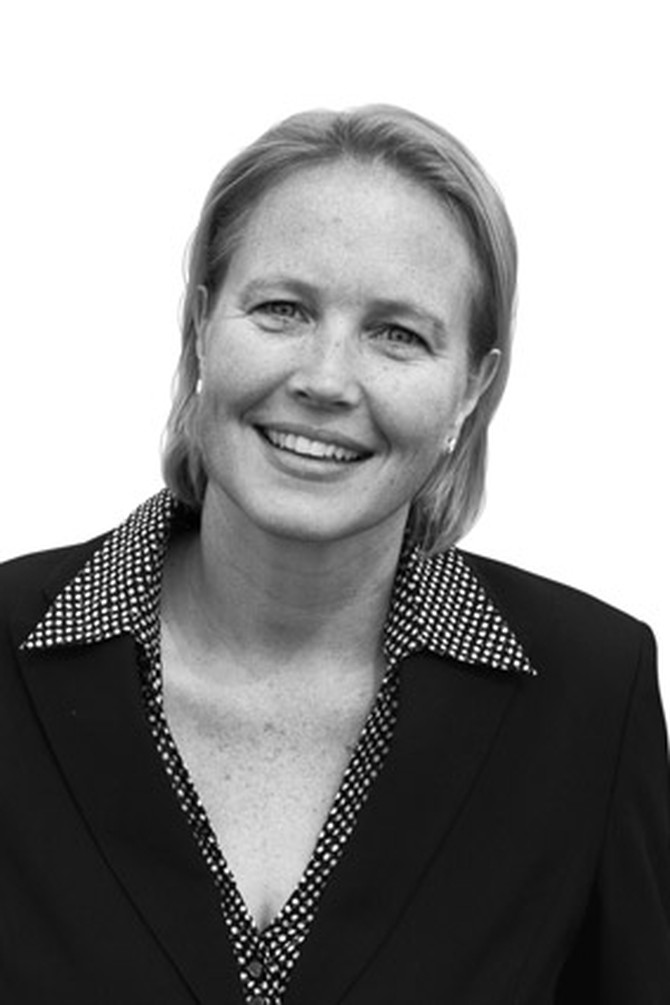 How She Tackled It Mahoney created Save the Rain, a rainwater management plan. "Instead of building another sewage plant," she says, "I had a chance to do things differently." Under the plan, streets are paved with porous materials, the county subsidizes green roofs, and residents collect runoff in city-issued barrels. Even the local hockey rink ice is made from recycled rainwater.

The Happy Result: The EPA recently named the region a national leader in green infrastructure design. And by 2018, Mahoney says, "I imagine we'll have open public beaches on Onondaga Lake." —Abbe Wright 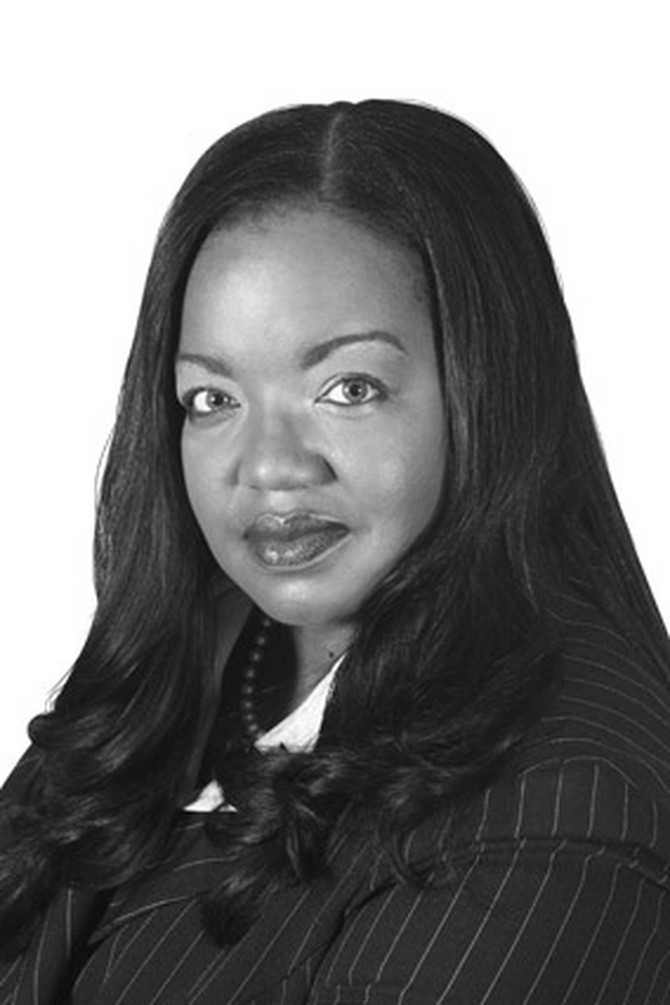 Kym Worthy, Prosecutor, Wayne County, Michigan
The Challenge: In 2009 DNA evidence collected from thousands of sexual assaults turned up in an abandoned Detroit police warehouse. "It was an atrocity," Worthy says.

How She Tackled It: After the discovery of the samples, known as rape kits, the prosecutor's office, local police, and victims' rights groups launched the 400 Project, a statistical analysis of hundreds of randomly selected kits. Worthy's office has since identified 21 suspected serial rapists.

Next Steps: In 2011 Worthy won a $1 million grant from the National Institute of Justice to continue testing the remaining 10,749 kits; she's also creating a database to link each to its original police report. Says Worthy, "We are determined to change how law enforcement responds to sexual assaults." —Diane Herbst 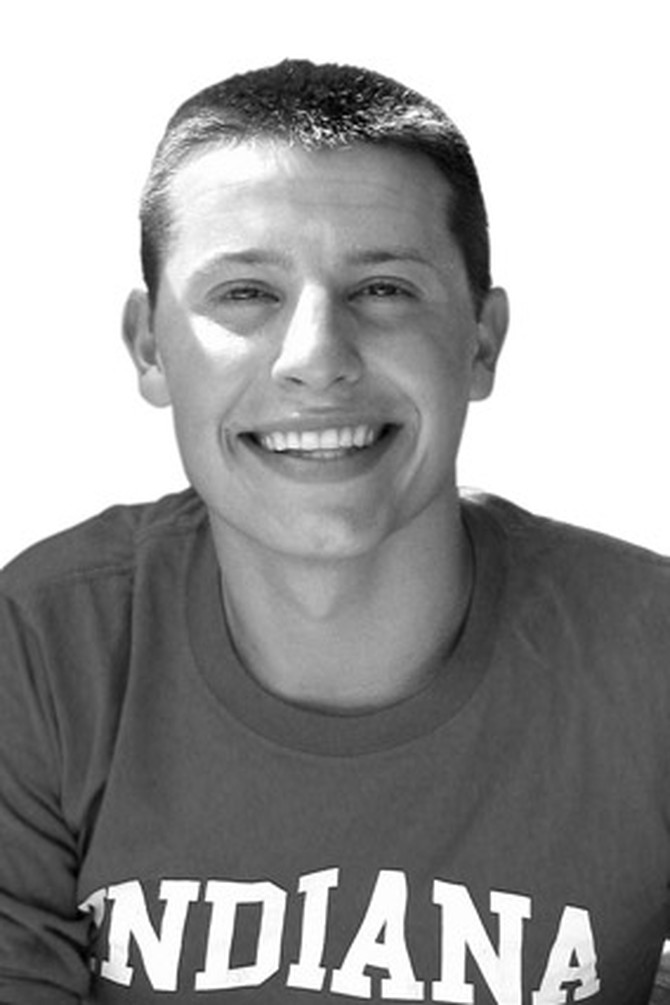 How He Tackled It: Last spring Straub helped lead Culture of Care, a week of workshops, diagnostic screenings, and demonstrations designed to help students cope with mental health, sexual assault, and substance abuse issues. Worried that a suicide awareness video created for the event wouldn't resonate with students, Straub stepped in and told his own story: He'd struggled with an eating disorder and depression in high school.

Next Steps: Straub plans to run Culture of Care as a year-round initiative. "Mental illness is so stigmatized," he says. "I want to confront it." —Madeleine Frank 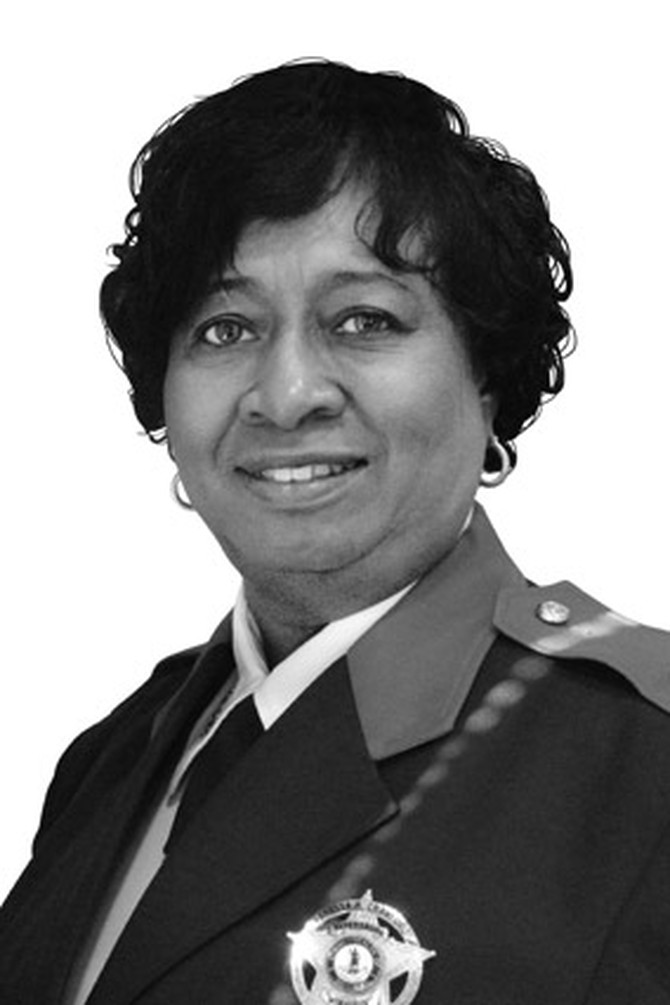 Vanessa Crawford, Sheriff, Petersburg, Virginia
The Challenge: "The perception of law enforcement has been negative for so many years," Crawford says.

How She Tackled It: Since her election in 2005, Crawford has launched more than 30 programs designed to increase interaction among her officers and residents, including a teen-driver safety course (which earned her a commendation by the Virginia state senate) and a crime prevention class for retirees (attended by some 900 people so far) that includes a field trip to nearby Washington, D.C. And one Friday a month, the sheriff's office stays open late so local artists can display their work in the building.

Words to Lead By: "We need to make our communities have faith in us," Crawford says. —Laura Dave 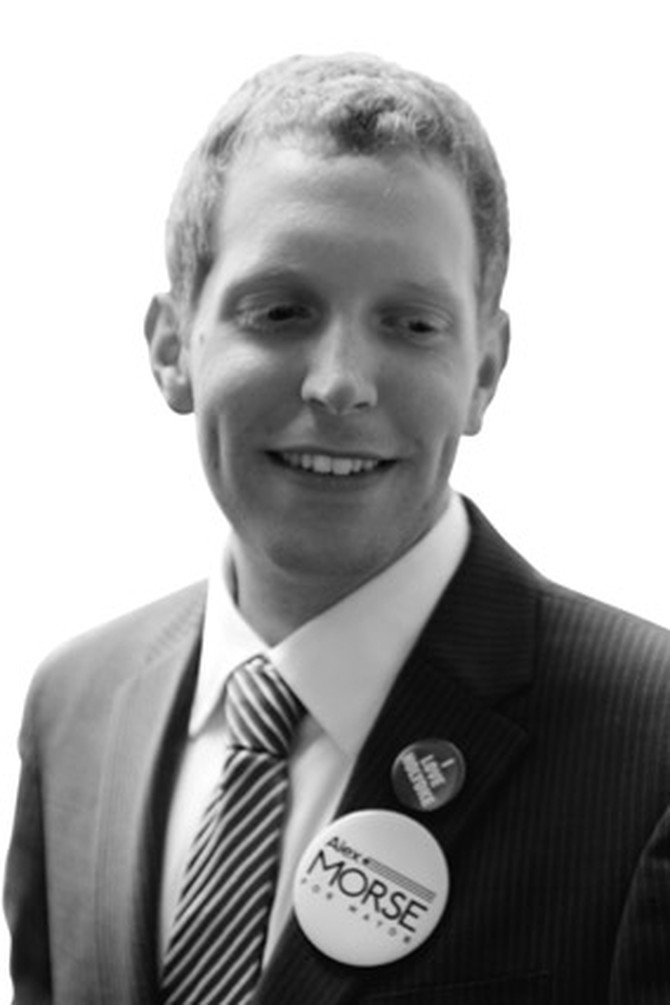 Alex B. Morse, Mayor, Holyoke, Massachusetts
The Challenge: The recent Brown University graduate now runs his hometown of 40,000, a city with one of the state's highest poverty rates.

How He Tackled It: Since taking office last winter, Morse has launched a needle exchange program and struck down plans for a casino ("Our economy shouldn't rely on gambling," he says), while providing support for a $168 million academic computing center that's under construction. Next up: hiring a director of arts, culture, and tourism to attract artists to the city, especially its abandoned warehouses.

Next Steps: While Morse has his detractors in the local government, he has engaged residents: "You'd be surprised," he says, "at the increase in attendance at City Council meetings!" —Amanda Angel 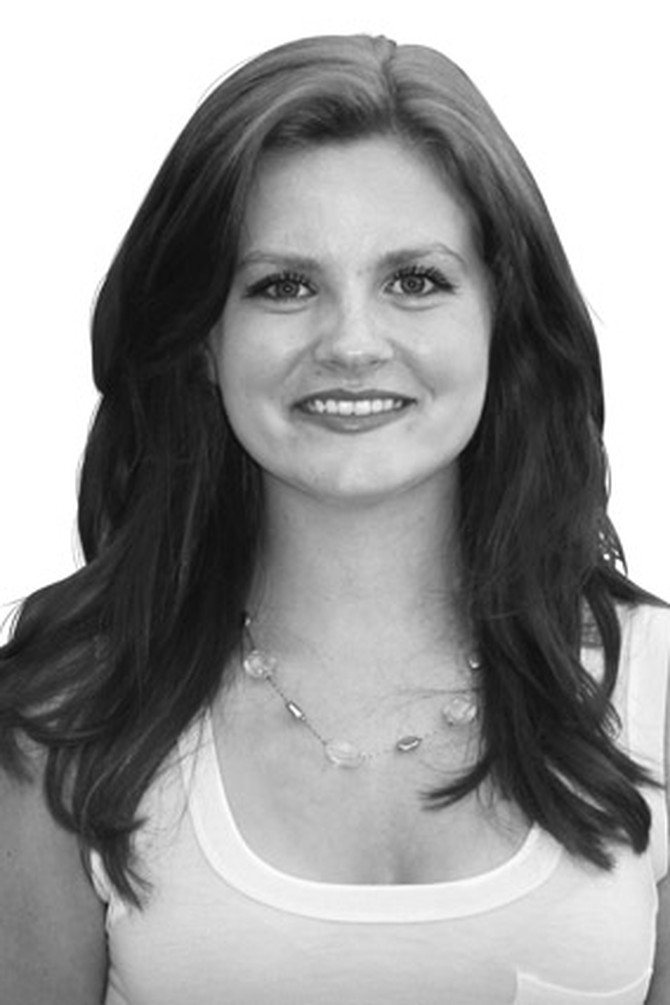 How She Tackled It: "I kept seeing Facebook updates from my friends who could no longer afford to go to school," says Page, who has a teaching fellowship. "I thought I could tell their stories." With a borrowed video camera, she filmed her peers talking candidly about the devastating impact of reduced financial aid. The project, called Cuts Hurt, landed Page in Washington, D.C., playing the videos for North Carolina's congressional delegation.

The Happy Result: Lawmakers are considering rolling back some of the reductions in aid for 2013. "This is a huge issue," Page says. "We can't deny students the prospect of better lives." —A.A. 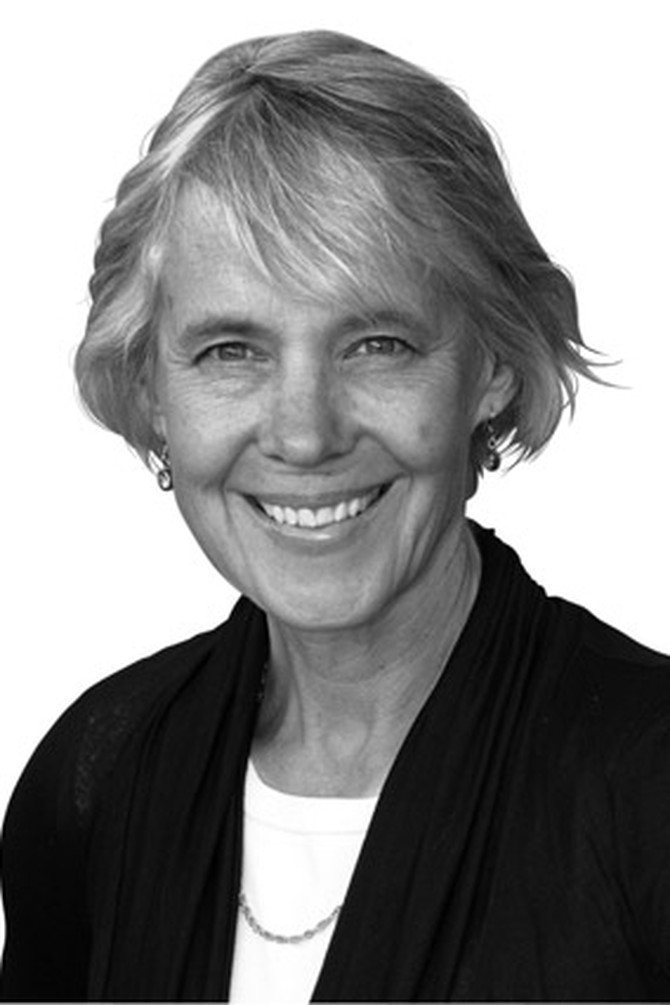 How She Tackled It: Kane helped get state legislation passed that provides a $50,000 benefit to families of firefighters who died in the line of duty. She also lobbied for changes in workers' comp so that firefighters can now easily receive compensation if they fall victim to certain diseases. "We do our jobs in such an uncontrolled environment," says Kane, an 11-year veteran of the Albuquerque Fire Department. "You never know what you're exposed to."

Next Steps: Now running for a seat in the State House, Kane plans to retain her post as state association president. "I know the changes we've made have had a positive impact," she says proudly. —R.S. 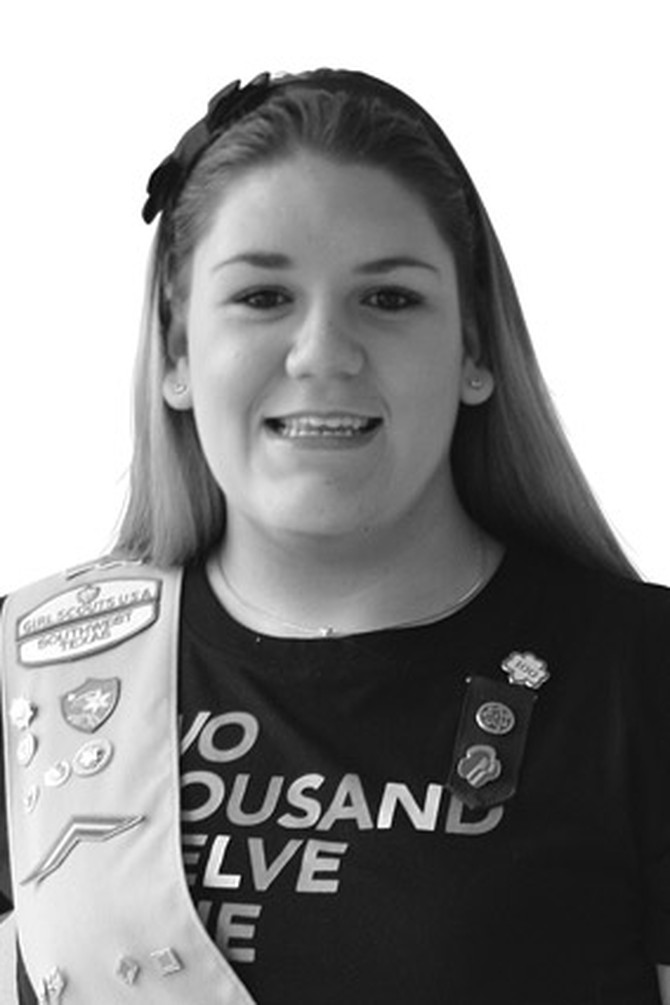 How She Tackled It: Richmond, an exuberant 15-year-old, is one of 16 delegates representing 4,500 scouts in the San Antonio area, voicing their concerns to the region's governing board. But it's her business savvy that has won her so many fans—she has sold 9,858 boxes of cookies over the past two years.

The Happy Result: Richmond's sales—which totaled $34,503—have helped fund local programs, including a mobile unit that houses laptops and uniform supplies, as well as scholarships to send scouts to camp. "I'd like to think that I make a difference in somebody's life," she says. —A.W.

Next: Donna Brazile and Mary Matalin: Yes, We Can All Just Get Along

From the November 2012 issue of O, The Oprah Magazine
More Inspiration
Oprah Talks to the Obamas
Oprah Talks to the Romneys
The 3 Things You're Doing Wrong at 3 P.M.
This Just In: The Latest Science on the Brain
Mistakes We All Make Before a Doctor's Appointment
3 Calming Questions to Ask Yourself When You're Stressed Out
What Dermatologists Know About Wrinkles That You Don't
This Is Why Some People Get So Many Mosquito Bites