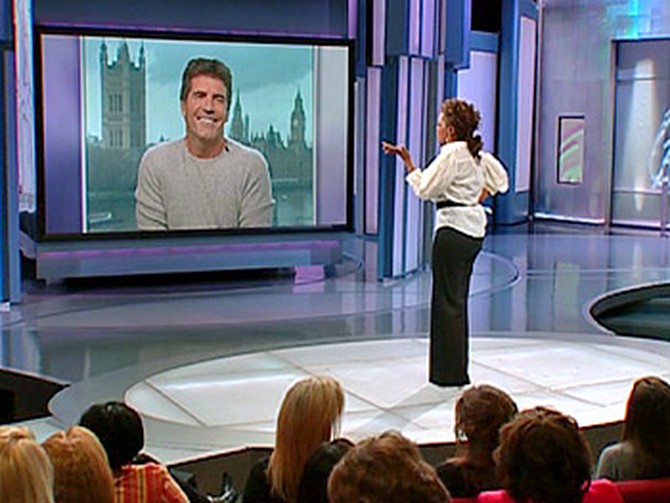 5 of 8
Simon says that as American Idol has grown into a genuine cultural phenomenon, the contestants have become more savvy about how to gain popularity in ways other than just their performances. "It's almost as important what you say after singing as actually singing itself," he says. "And certain people do that better than others."

Asked if he's impressed with the level of talent he's seen so far, Simon has a simple answer: "Not really, no."

But that doesn't mean that he thinks great things won't come from this season. "I think it's a little bit more like Season 1," Simon says. "If we were having this conversation at this time on Season 1, I wouldn't have spoken to you about Kelly Clarkson. I would have mentioned, probably, Tamyra Gray or someone like that. There are two or three girls who have great potential [this season, but] they're not very confident. And there is one guy who does stand out but he doesn't look like an American Idol."
Published 01/17/2007
PREVIOUS | NEXT
More Inspiration
Remembering Nelson Mandela: 1918–2013
Royalty on The Oprah Show
Humanitarian Crisis
Issues Facing America: The '60s
Welcome to Sydney Garden Party
The Brat Pack: Where Are They Now?
Shirley MacLaine's Starring Roles
The Majestic Blue Mountains