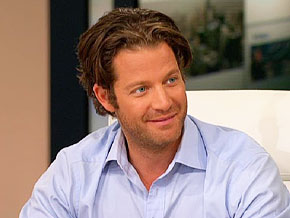 PAGE 2
Nate says he's surprised gay marriage has been such a controversial issue. "I'm so in favor that everyone should have equal rights regardless of who you are or what you are or how you label yourself," he says. "The thought that this is such a huge controversy in our country in 2009—I'm not sure I get that."

When it comes down to it, Nate says he's frustrated he doesn't have the same marriage rights as everyone else. "I don't want to be told that I can't do it," he says.