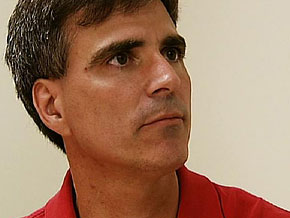 Over the years, many guests have made a lasting impression on Dr. Oz, but he says one man stood out from the rest.

In October 2007, Dr. Oz met Randy Pausch, a father of three and college professor who was dying from pancreatic cancer. Dr. Oz says people like Randy are the reason he went into medicine.

"I loved Randy Pausch. He was a hero  to me," Dr Oz says. "When you talk to people who are dying, they tell the truth. There's no reason for them not to." 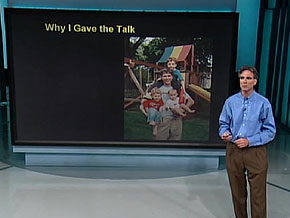 While facing death, Randy gave a final lecture to his students at Carnegie Mellon University about the beauty of life.

The "Last Lecture," as it became known, was watched by millions on the Internet, touching the hearts of people around the world. Now, his words are also immortalized in a best-selling book.

"Never ever underestimate the importance of having fun," Randy said during his lecture. "I am dying soon, and I am choosing to have fun today, tomorrow and every other day I have left." 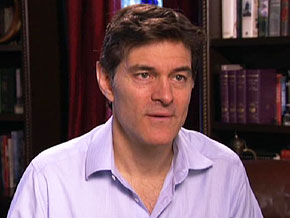 In July 2008, Randy died of complications from pancreatic cancer. He was just 47 years old.

Randy may be gone, but Dr. Oz says his legacy lives on.

"He shed a light for me on a part of my existence that, like many Americans, I shy away from thinking about...those deep corners of your existence. Places where you don't go naturally. That's often where the greatest beauty lies," Dr. Oz says. "Randy Pausch taught me to do that in the most trying of times."

Randy's wife, Jai, updates Oprah and on how she and her children have been since Randy died. 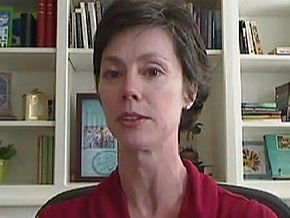 Randy's wife, Jai, the woman who stood by his side throughout what she calls their "two-year cancer odyssey," is Skyping  in from her home in Virginia, which she shares with their three young children, Logan, Dylan and Chloe.

Since Randy's death, Jai says she and the children are doing remarkably well.

"After we have had some time to grieve, things have gotten a lot better. The stress  is down in the house. We're finding a natural rhythm to our life now, and I think that the kids are doing really well," she says. "I think that they're incredibly resilient."


How Randy's family is honoring his legacy 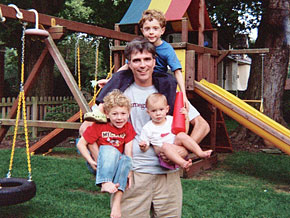 Though millions have seen Randy's "Last Lecture," he says he only wrote it for three people—his children. When they're old enough, Jai says they'll watch it and remember their father. "They're going to be able to see Randy at his absolute best," she says. "Randy was an incredible lecturer. He was a wonderful teacher, and they'll be able to see him in his true element."

Until then, the family is honoring Randy's legacy in other ways. Jai saysDisney World, one of Randy's favorite places, recently invited the whole family down for a special ceremony.

"They dedicated a plaque to Randy in the park," she says. "The kids and I spoke about what Randy did, what his professional life was like and how his ideas would go on and live on. ... That's something that I think that he would have been very, very proud of."

Did Randy Pausch have any regrets? 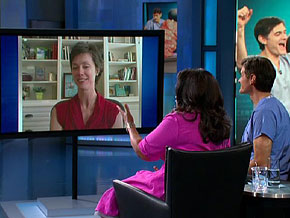 Toward the end of Randy's full life, Dr. Oz says he spoke with him about hope. "I always thought hope was making sure things would turn out right, and of course, he knew they wouldn't," Dr. Oz says. "He said, 'In my family, hope is just making sense of things.'"

Dr. Oz says he asked Randy what his biggest regret was, and the eternal overachiever answered, "I couldn't find a cure for cancer."

Jai says her husband always made every moment count. "He didn't have a bucket list," she says. "He did everything that he wanted to do in life."

Memorable Moments
From poop to neti pots, look back at Dr. Oz's best moments! How he's saved lives and more.

Hurricane Katrina
Published 05/12/2009
Please note that Harpo Productions, Inc., OWN: Oprah Winfrey Network, Discovery Communications LLC and their affiliated companies and entities have no affiliation with and do not endorse those entities or websites referenced above, which are provided solely as a courtesy. Please conduct your own independent investigation (including an investigation as to whether any contributions are tax deductible) before donating to any charity, project or organization. This information is provided for your reference only.