8 Places to Escape the Holidays

Make Santa work to track you down.
By Corrie Pikul 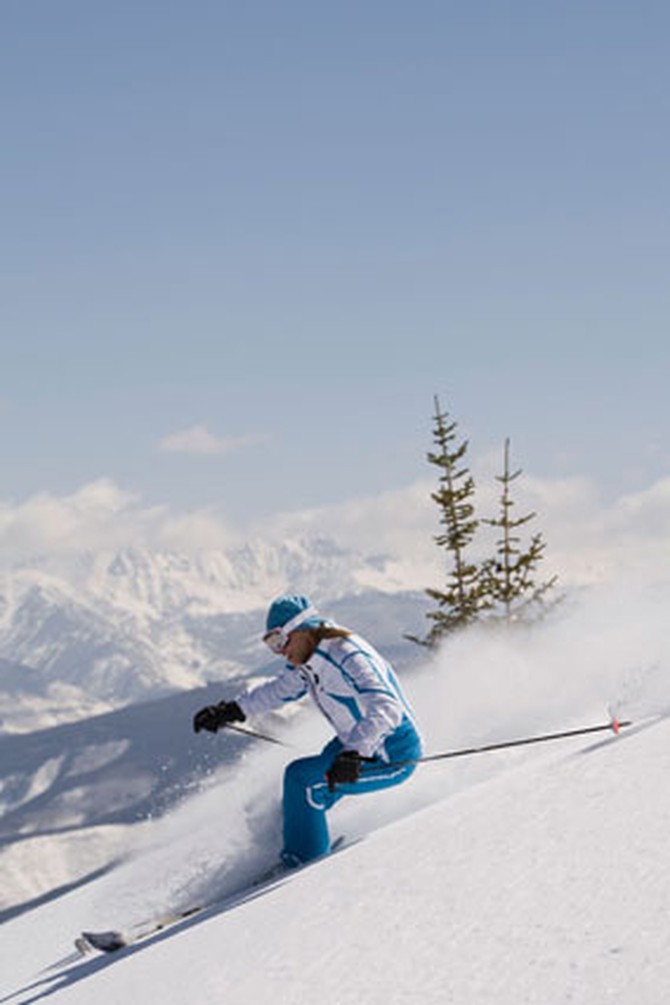 Own the Slopes at Out-of-the-Way Ski Resorts
If you schedule your annual ski trip just one week earlier, you'll avoid killer lift lines. Resorts that aren't located near a big city or a major airport tend to be slow during the pre-Christmas weeks, so you'll likely be sharing the lift with a few locals trying to ski off the holiday stress. At Taos Ski Valley, which is a two-hour drive from the nearest airport in Albuquerque, New Mexico, there are less than half as many skiers on the mountain on December 20 as on December 27. Business at the Sun Valley Resort in Idaho starts ramping up on December 20, but lift ticket prices go up $6 on the 25th. Both resorts say they make enough artificial snow that beginner and intermediate skiers will be able to count on well-groomed trails even if the mid-December weather doesn't cooperate. 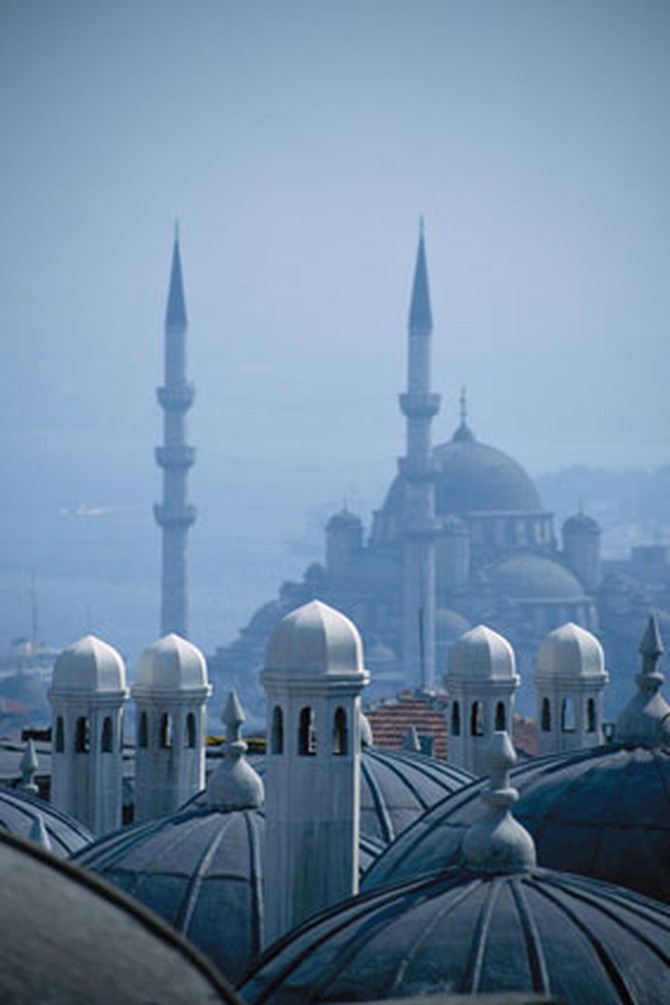 Spend Thanksgiving in Europe and Give Thanks for Rock-Bottom Airfares
For Europeans, the fourth Thursday in November is just another workday. "Europe is seeing some of the best deals worldwide over Thanksgiving," says Kevin Turner, spokesman for Kayak.com. "People don’t think to head there during this time of year, but lines for tourist attractions are virtually nonexistent, and the weather is still incredibly pleasant, especially in milder places." A round-trip flight from New York to Rome over Thanksgiving will cost $630 versus $1,050 to fly to Rome during July. "Even better, go to Turkey!" says Peter Greenberg, travel editor for CBS News. He says that there are flights on the Wednesday before Thanksgiving from Los Angeles to Istanbul for $600. Compare that to the $609 you'd spend to get from New York to D.C. on US Airways. If you need another reason to head to Europe before the New Year, consider this: Due to airline consolidation, flight capacity will most likely be cut from 5 to 10 percent in 2012, and travel experts predict this will cause a spike in ticket prices. 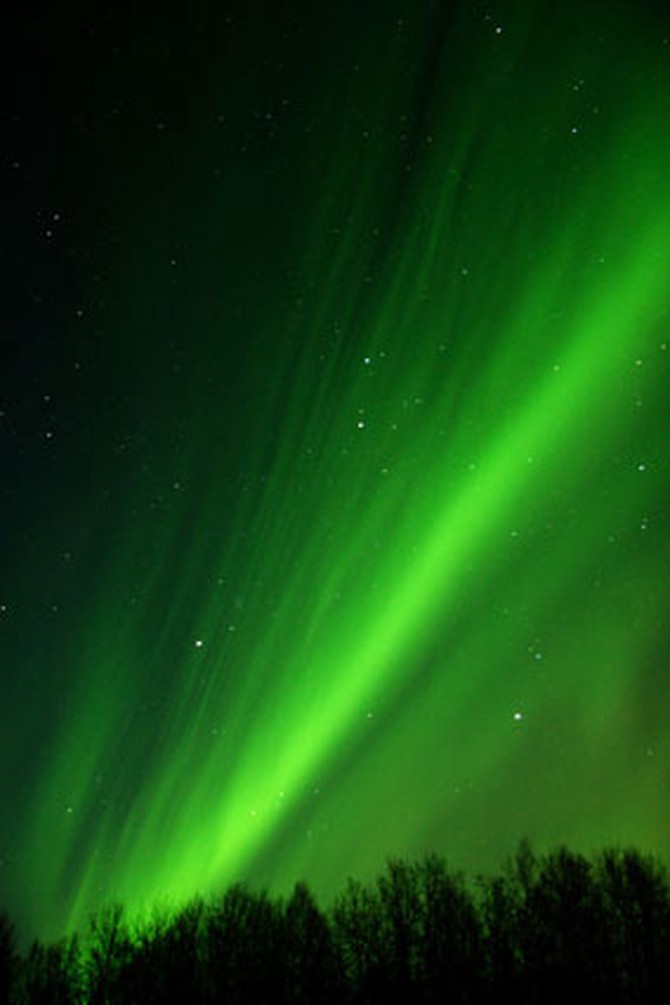 Get Front-Row Seats to Nature's Fireworks
The aurora borealis is visible in Iceland from late autumn to early spring, and you'll get cut-rate admission to this spectacular natural light show if you book your trip for December. Hotel rates during the winter holidays are typically 40 to 50 percent less than what they are during the high season in July, and flights can be as low as $650 round-trip from New York to Reykjavik, says Jay Johnson at Tafari Travel (a member of the Virtuoso network of over 330 high-end international travel agencies). He sent a group to Iceland last year for the holidays, and he says they enjoyed the trip so much that they're returning with friends this year. To avoid light pollution, Johnson recommends spending at least one night at a hotel outside of Reykjavik, like Hotel Rangá, which has three naturally heated outdoor hot tubs with a clear view of the sky. The lights have been increasingly visible since 2009, and scientists are predicting that this "Age of Aurora" will peak in the spring of 2014. 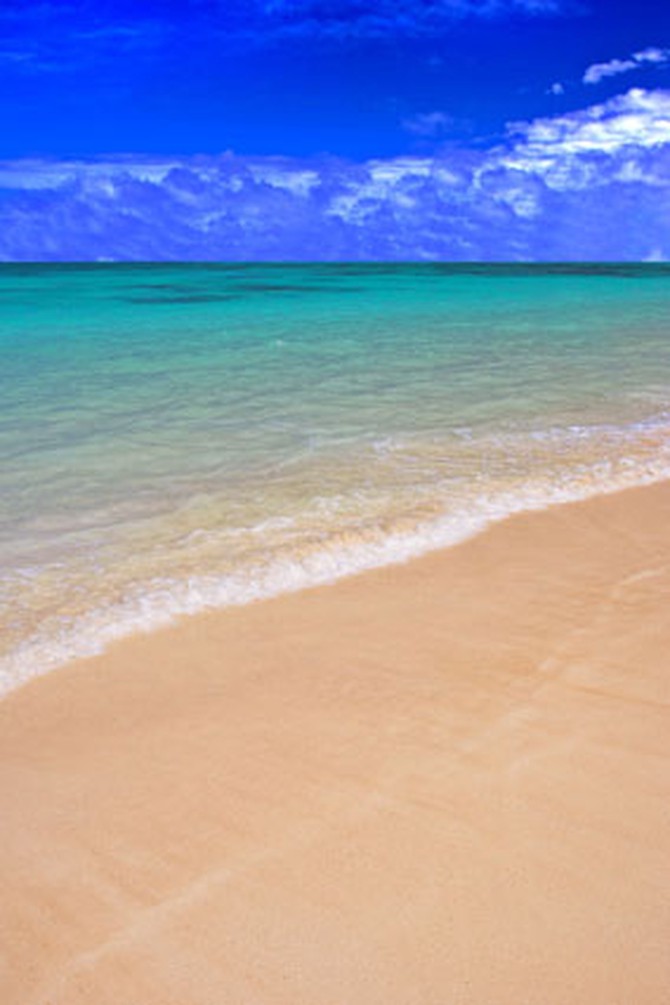 Find a Tropical Beach That Feels a Million Miles Away (but Isn't)
Stay away from the southern Caribbean, says Peter Greenberg, which is overrun with Americans who are as desperate as you are for some sunshine therapy. Instead, he advises grabbing a cotton sweater and heading to Bermuda, where temps average 60 to 70 degrees during the month of December—perfect weather for a jog along the pink sands, a hike through the seaside trails of Hog Bay Park or a round of golf on one of Bermuda's many courses. "You won't be able to swim in the Atlantic at this time of year, but you'll have the island to yourself—with great service," says Greenberg. This is because winter is Bermuda's off-season, when hotel discounts are typically from 20 to 60 percent. As part of a winter package (until March 2012) many local hotels such as the Elbow Beach resort are also offering a free night's stay with a three-night minimum visit. Most people forget that it only takes about two hours to get to Bermuda from most East Coast cities, making it a good choice for a last-minute getaway. 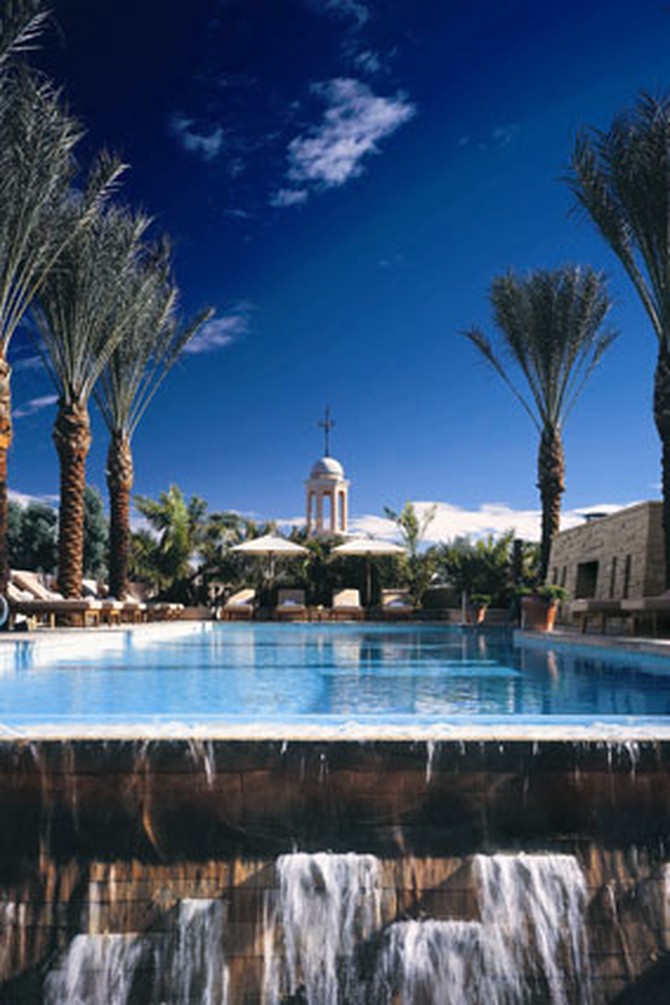 Let a Spa Make You Feel Like a Desert Queen
While everyone else is paying a visit to snowbird relatives in Florida, sneak off to a spa in Scottsdale, Arizona. This city in the heart of the Sonoran Desert is a great place to get warm, suntanned and pampered without spending a fortune, says Jack Ezon at Ovation Vacations (also part of the Virtuoso network). Local spas offer treatments that incorporate desert elements, like body masks of adobe clay and desert plant extracts, and scrubs made from prickly pear or agave. From now until December 31, some hotels (like the Fairmont Scottsdale Princess) are also offering combination packages that include the price of a room as well as a massage, spa service or spa credit (check the Scottsdale tourism website or talk to a Virtuoso travel adviser for more details). 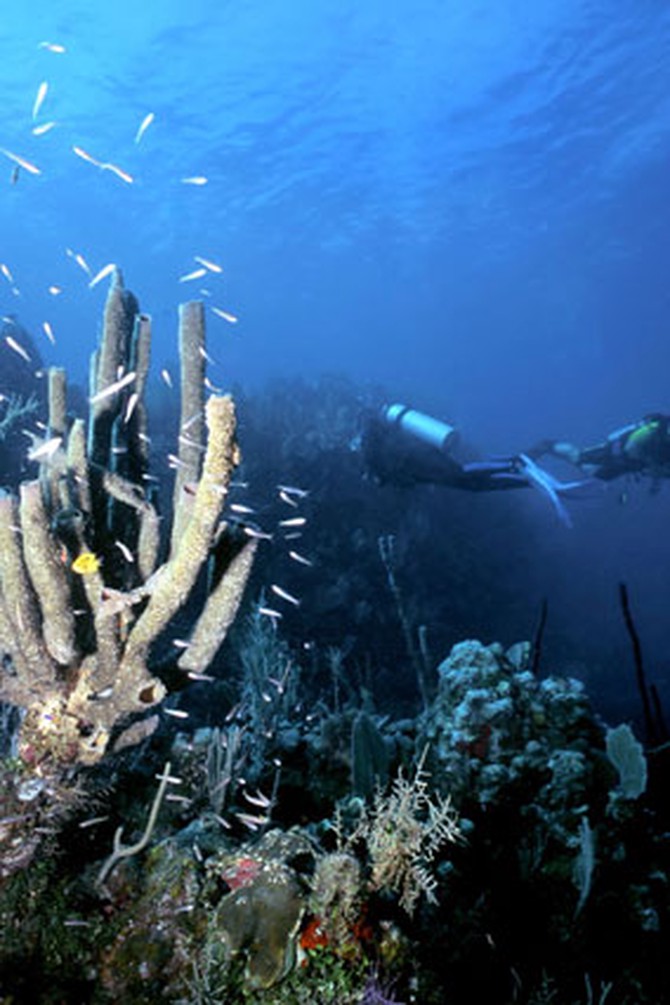 Become Unreachable by Going Underwater
Belize is a favorite destination for scuba divers and snorkelers because it has the largest continuous barrier reef in the Western Hemisphere, which makes for world-class diving. This Central American country is still less popular with American tourists than Mexico or Costa Rica. If you travel to the largest island, Ambergris Caye, before the holiday crush, you're more likely to find a quieter scene and better deals, says Ken Marshall at Great Getaways Travel, a Virtuoso member. For example, peak holiday rates will apply at the beachside Victoria House starting December 22, but squeezing in a trip now will save about 30 percent (you could also check out the smaller, less touristy Caye Caulker). During the holiday pre-season, you should be able to soak up the natural beauty of the islands and explore the reef's colorful inhabitants without getting kicked by someone else's flipper. 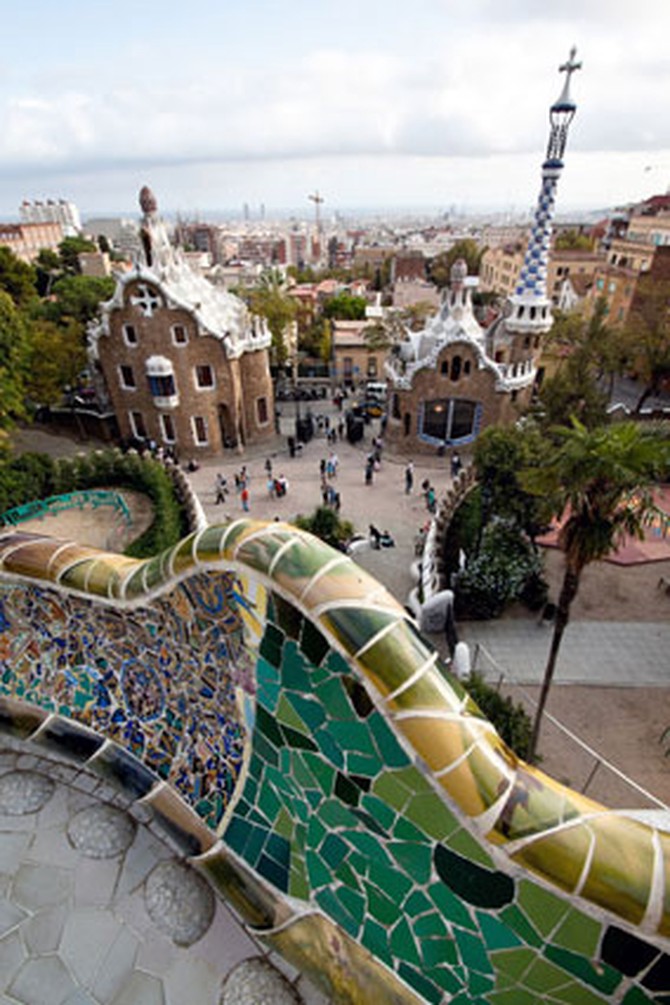 Have Gaudi All to Yourself
Every year, CheapTickets.com issues a "value travel forecast" that lists popular destinations with the cheapest time to travel. For December 2011, the site predicts that you'll get the most bang for your buck in Barcelona, where you should be able to find a three-star hotel room for 36 percent less than you'd pay during peak travel periods. If you visit during the winter holidays, you'll avoid bumping into backpackers in the Sagrada Familia and overhearing English at every tapas bar. The weather tends to hover in the mid-50s and is generally sunny so you'll be able to stroll through Gaudi's fantastical Parc Güell without worrying about frostbite. Peter Greenberg points out that for Barcelona as well as other international destinations, the best deals on flights can be found during the industry "dead weeks" that fall during late November and early January. "After Thanksgiving, folks are recovering from that dysfunctional family get-together, and after New Year's...well, they're just recovering," he says. "You'll see dozens of Black Friday and Cyber Monday deals with airfares dropping more than 43 percent across the board." 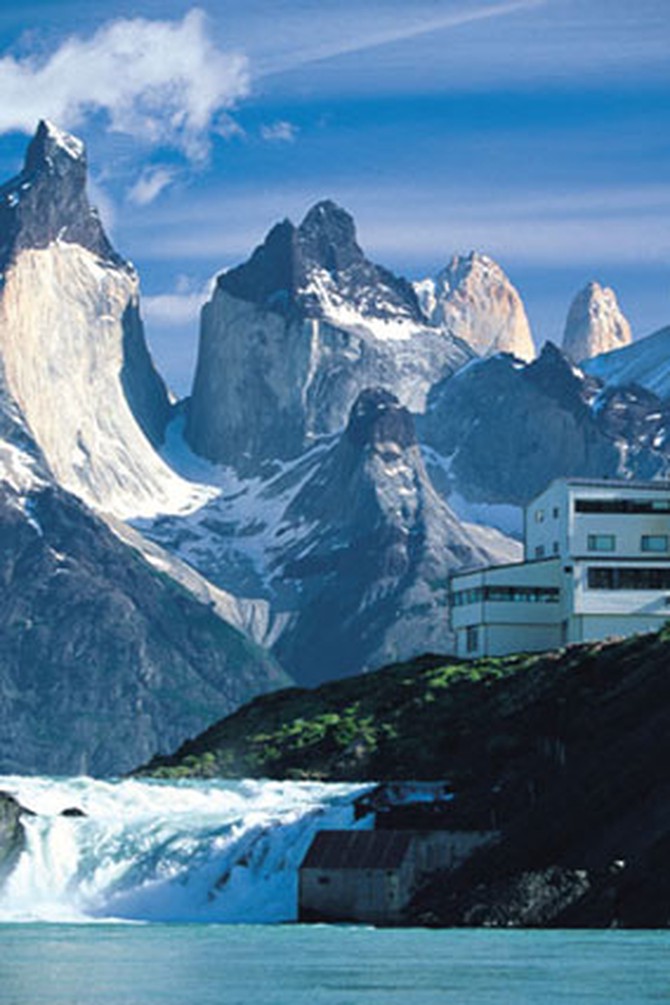 Travel to the Opposite End of the Continent
Torres del Paine National Park in Chilean Patagonia is located toward the very bottom of South America—over a day's travel distance away from your extended family and their nonnegotiable rule that everyone must chime in during the wassailing. When Virtuoso travel consultants were polled about their favorite places to send clients during the winter holidays, they named the splurge-worthy Explora lodge in the park time and again. Patagonia's seasons are opposite to ours, so the temperatures there will climb to the low 70s when ours starts to plummet. Explora's Hotel Salto Chico, which was refurbished last month, is perched on a waterfall in the middle of the park, and all rooms have views of the surrounding granite spires of the Paine Massif. The lodge has been gaining popularity with Americans over the past few years, especially those who want to get away from it all (save for a Jacuzzi and a gourmet meal, that is). But the point of coming all this way is to take advantage of Explora's small-group guided excursions like hikes, glacier walks and horseback rides, and given Patagonia's massive size, it's highly unlikely you'll stumble upon any crowds.

Adventure travel: Take a photography tour
Published 11/18/2011
Please note that Harpo Productions, Inc., OWN: Oprah Winfrey Network, Discovery Communications LLC and their affiliated companies and entities have no affiliation with and do not endorse those entities, projects, or websites referenced above, which are provided solely as a courtesy. You should conduct your own independent investigation before using the services of any such entities, projects, or websites. Information is provided for your reference only.
More Inspiration
How to Overcome the Absolute Worst Thing About Holiday Travel
10 Marvels of Our World
The 8 Things Every Budget Traveler Knows
Whose Armrest Is It Anyway?
The Allure of Traveling Alone
Safety Tips
The 5 Quietest Places in the Airport
Exotic Escapes