Timeless Beauty: How to Get Impeccable Style at Any Age

Screen gems Diahann Carroll and Kerry Washington make it clear; When it comes to impeccable style, there's no generation gap.
By Teri Agins 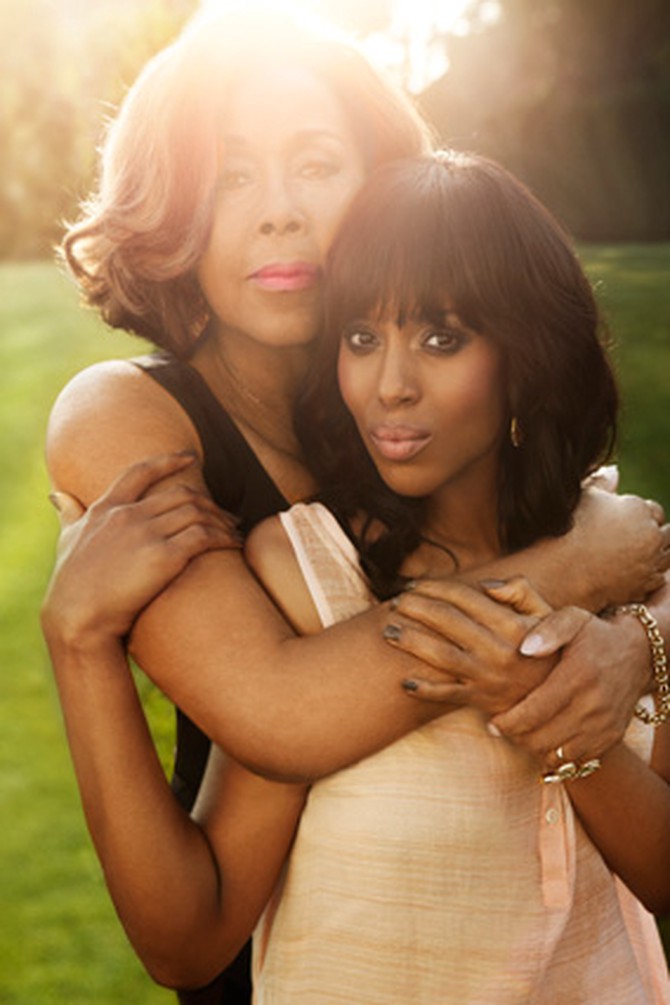 When Kerry Washington first caught our eye, playing Ray Charles's wife Della in the transcendent 2004 Ray, we were struck by the 27-year-old's elegance and charm—and reminded of another poised-beyond-her-years actress, the young Diahann Carroll. In 1962, at age 26, Carroll won a Tony Award for her role as a fashion model in the Broadway musical and interracial love story No Strings.

Carroll, a legend at 75, is still on the front lines of pop culture, with memorable roles on Grey's Anatomy and White Collar, while Washington, now 34, has won acclaim for her performances in The Last King of Scotland and For Colored Girls. Last year the women got the chance to work together, costarring in the forthcoming comedy We the Peeples. But it turns out that they have more in common than stellar acting chops: Bucking the trend of "anything goes" celebrity fashion, both are always flawlessly dressed. "Kerry reminds me a lot of myself at her age," Carroll says. "She has a trained eye for detail and what suits her figure. And she has an innate self-confidence, a coolness about how lovely she is."

Washington, like Carroll, was largely indifferent to clothes before she got into show business. "My fashion life exists mainly through work, so I dress to be event appropriate," she says. "I see clothes as a performance." Carroll is similarly committed to creating an effect—hence her grin-and-bear-it approach to stilettos ("I will suffer while I'm being photographed, then change into another pair of shoes"), and her total devotion to shapewear ("You have to remember that a body is going into that pretty dress!").

Both women know what works for them: Yes to solids, says Carroll, especially black and navy. No to prints and froufrou. "I always want a long line and a neat, clean look—the simpler the better," she says. Washington works a modern mix of designer and affordable labels to flatter her petite figure. "I inhabit a lot of different worlds," she says, "and I'm always trying to find balance." One night she might be posing for a red-carpet premiere in a short, sexy dress, the next day switching to business attire as a member of President Obama's Committee on the Arts and the Humanities. Whatever realm she's moving in, her sophisticated style comes through. Which is an achievement that Carroll—Broadway star, Hollywood icon—knows a thing or two about herself. 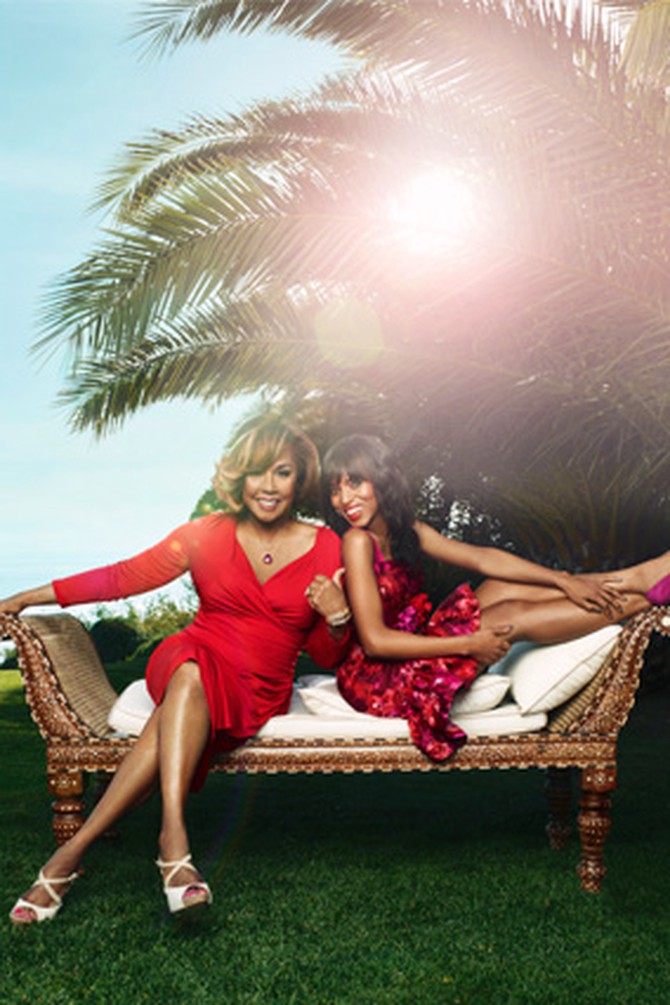 Ladies in Red
Warm shades of red, pink, and orange are everywhere this season, and they look radiant on everyone. Carroll is vibrant in a dress (L.K. Bennett, $275) that takes advantage of stretch jersey's flattering, easy-wearing flair. "The legs are the last to go!" she says. "I bring attention to mine with skirts and midheel pumps." Washington is sitting pretty in a flouncy, rosette-trimmed silk dress (CH Carolina Herrera, $985) that would be perfect for a summer party. 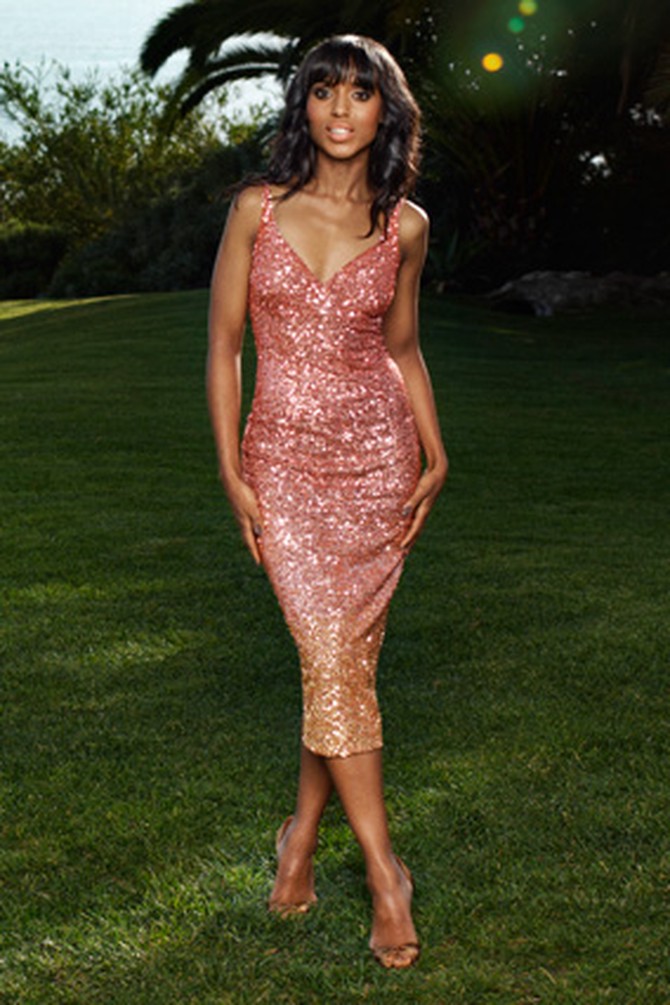 Shine On
Here's one way to sparkle for evening: Washington looks like a million bucks in a copper and gold sequined slipdress (L'Wren Scott) that shows some skin on top but hits demurely below the knee—perfect for making a dramatic entrance. 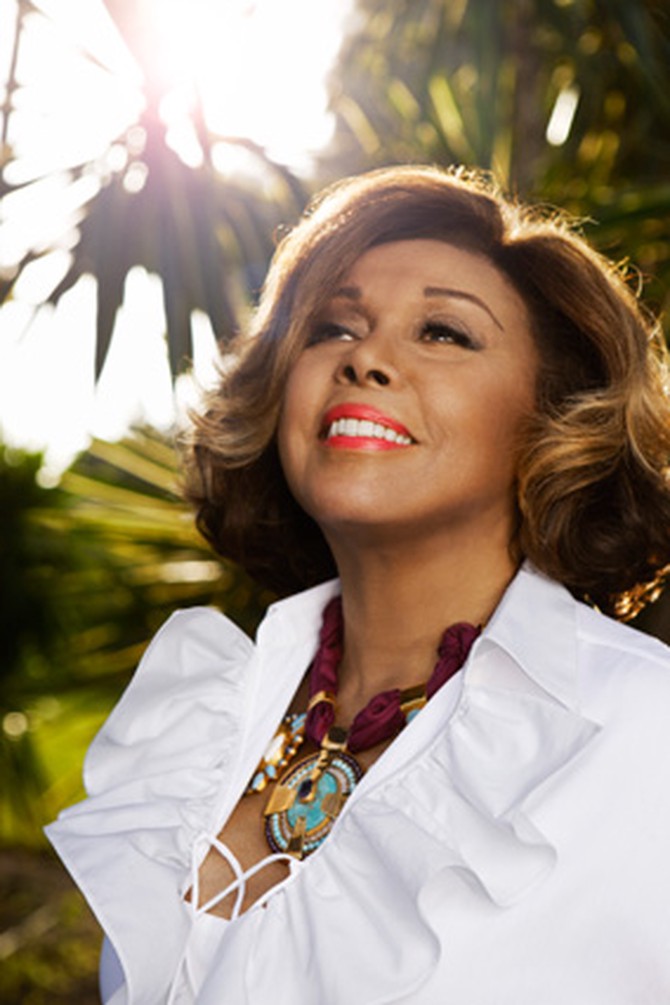 Crisp and Classic
No matter the season, you can never have enough white button-downs or variations thereon; a blank canvas to be styled casually or formally, they light up the face. Here, a traditional shirt gets a bohemian twist from a ruffled collar and lace-up front (Lauren by Ralph Lauren, $80). 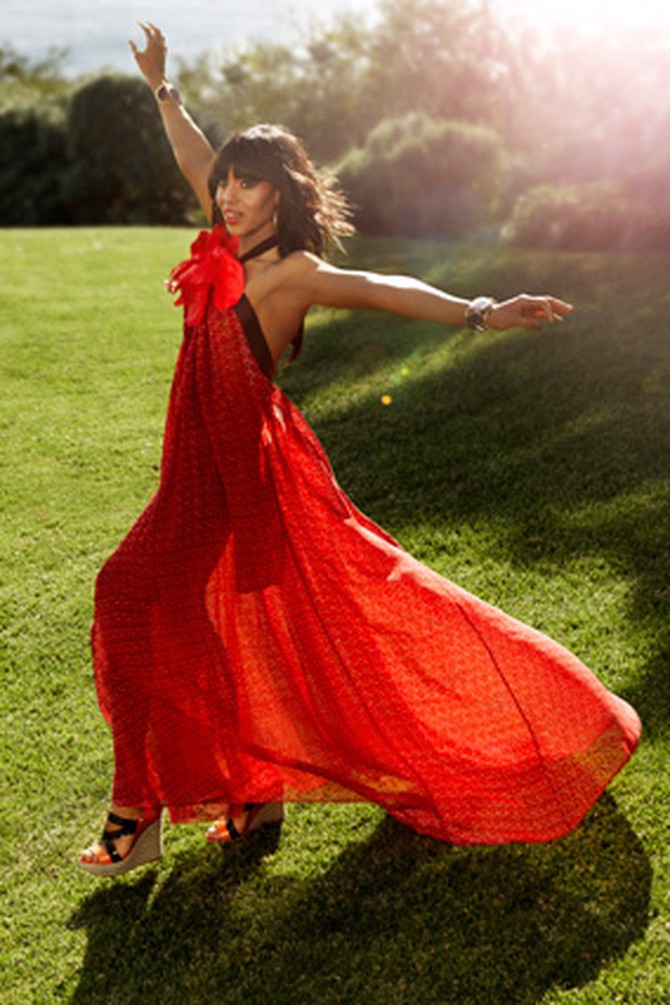 The Long View
From poolside to restaurant, few things are as stylish in the summer as a maxidress; the look remains popular for its comfortable but striking silhouette. This tie-neck silk version (Marc Jacobs) includes its own corsage. Washington gets a lift from a pair of patent leather wedge sandals (Kelsi Dagger). 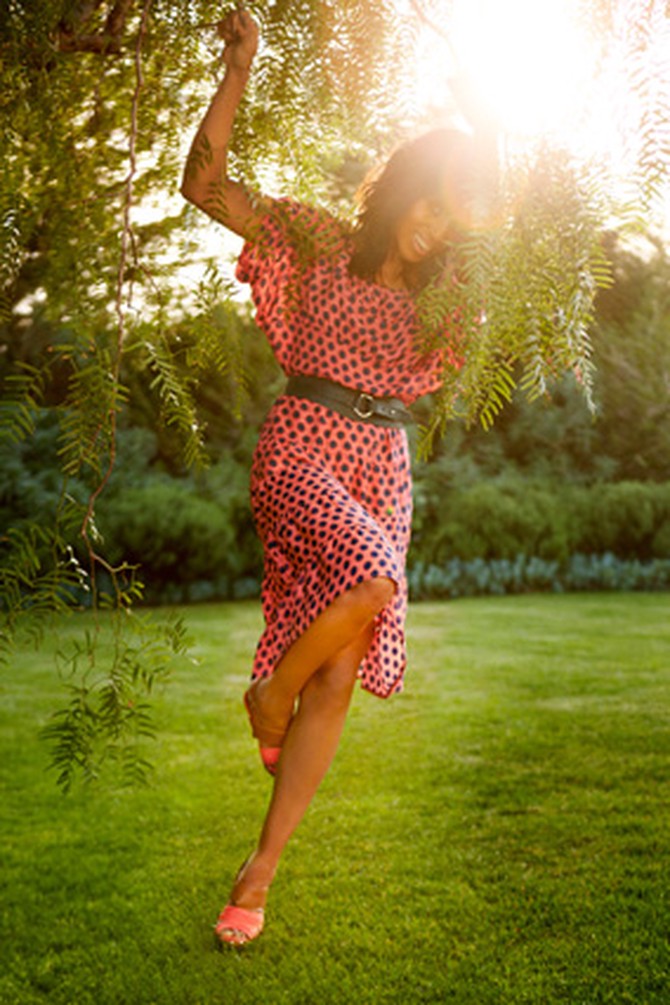 Spot On
This tiered silk peasant dress (Tucker, $442) is the picture of versatility: Wear it full or belted, with flats or heels, to work or a night out, all summer long and—by adding a cardigan—straight into fall.

Stylish striped clothing under $100
8 affordable swimsuits that flatter every shape
What to wear to any wedding
From the May 2011 issue of O, The Oprah Magazine
More Fashion & Beauty
8 Desert-Toned Fashion Ideas Under $100
8 Great Work Wardrobe Staples Under $100
Platform Sandals You Can Actually Walk In
8 Ways to Add Color to Your Wardrobe
Bridesmaid Dresses You Can Actually Wear Again
8 Wearable Works of Art for Under $100
Oprah's Style: 25 Years of Fashion Hits and Misses
Stylish Striped Clothing and Accessories Under $100