Beauty Uglies: 9 Fixes for Your Most Embarrassing Problems

From hair cropping up in unwanted places to sweat below the belt—here are solutions.
By Amber Kallor 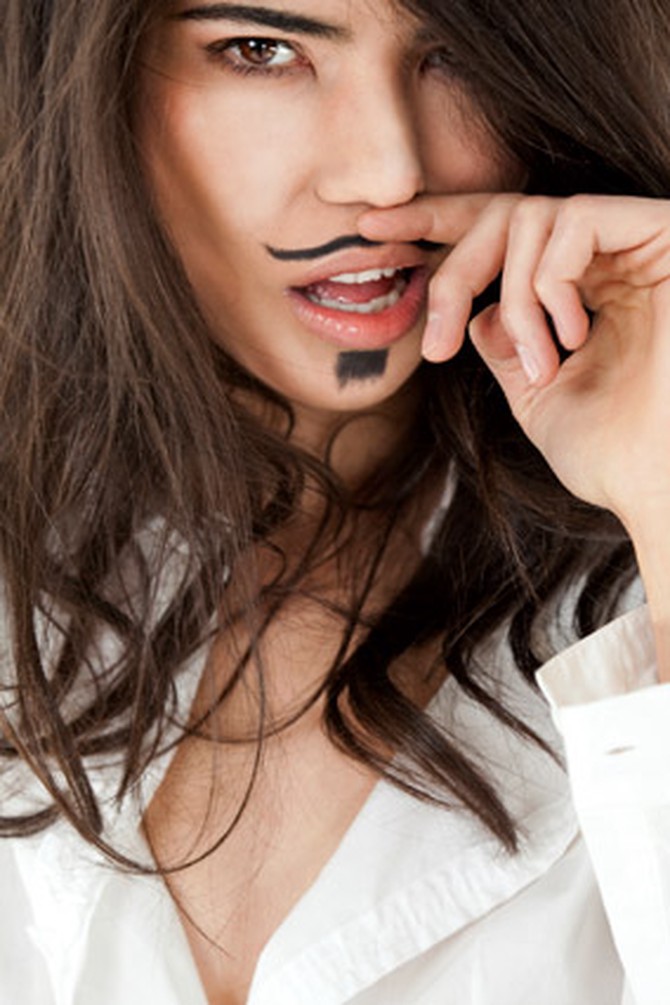 Hair Where You Don't Want It
Meghan O'Brien, MD, of Tribeca Park Dermatology in New York City, says hair growing around your nipples, in your nose and out of a mole isn't uncommon. Nose hair is a necessary part of the body's air-filtration system. If it protrudes, use small manicure scissors—not tweezers (ouch!)—to trim it back. As for the hair on your breasts, O'Brien is routinely asked about it, and it's entirely normal (often related to hormonal changes and an increase in testosterone) and fine to pluck. Pulling hair out of a mole is safe. Congenital moles (the kind that you're born with) usually have one or more hair follicles. But avoid having laser hair removal on or near a mole, which can remove the pigment and make melanoma difficult to detect. 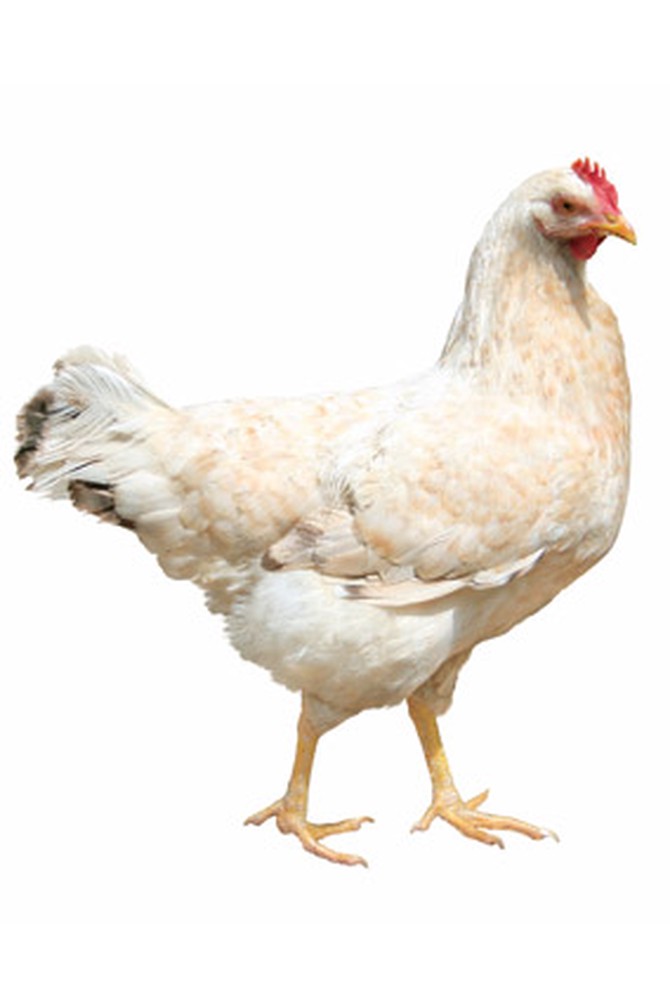 Chicken Skin
A mild soap and moisturizer should help alleviate the bumps on your upper arms or thighs (formally called keratosis pilaris). But if cold, dry winter air or dry heat indoors worsens your condition, be sure you moisturize damp skin immediately after showering or bathing, says Howard Sobel, MD, director of the New York Institute of Aesthetic Dermatology and Laser Surgery. You might also try using moisturizer on a polyester sponge (like a Buf-Puf; a loofah might be too abrasive) to remove these rough spots, which are plugged hair follicles. An exfoliating treatment—a lotion or cream containing salicylic, lactic, or glycolic acid—can also help smooth the skin. (Sobel recommends Lac-Hydrin lotion—with 12 percent lactic acid—and his own brand, DDF Glycolic 10% Exfoliating Moisturizer.)

If there's no improvement in three to four weeks, see your dermatologist; a low-dose prescription retinoid cream may be in order. 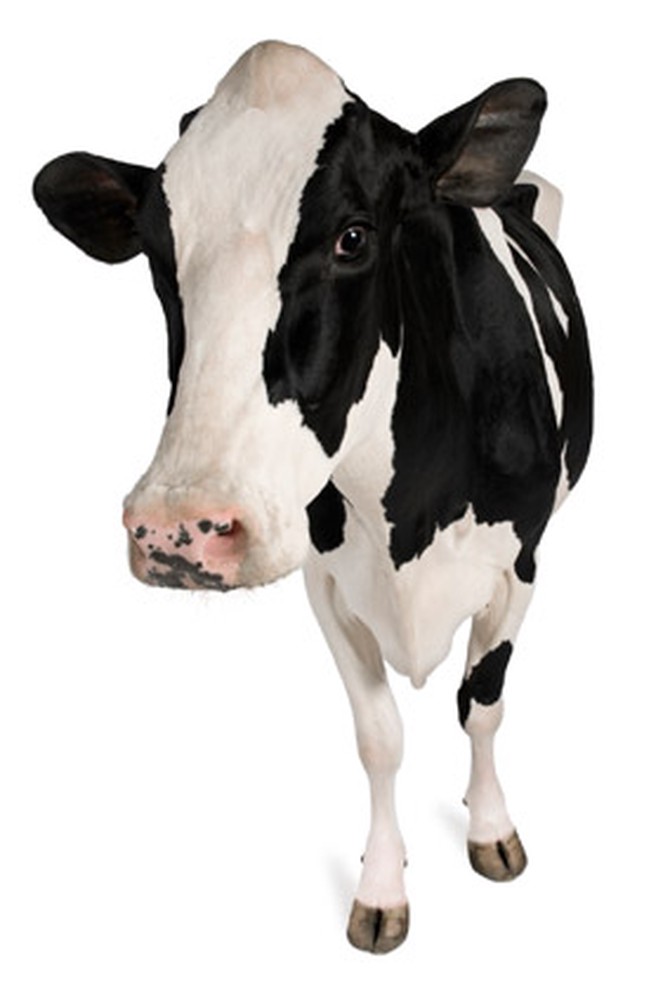 Cowlicks
Cowlicks develop as your brain grows and your skull enlarges in the womb, causing the hair follicles on your scalp to be stretched this way and that—some of them forming into little whorls. In fact, in infants, distinct hair-growth patterns can reveal various neurological and other kinds of conditions. (We're just guessing here, but one of them might be called Prone to Bad Hair Days.)

If you're in a constant battle with your unruly cowlicks (like this O magazine reader who once contacted beauty director Val Monroe and has them on both temples), resourceful New York City stylist Lisa Chiccine says that long hair will work better for you, since length creates weight. (The shorter your hair, the more your cowlicks will get their own way.) If bangs are your thing, keep them heavy and cut either inside or outside the cowlicks (depending on how close they are to your hairline). Always blow-dry the cowlick in the direction opposite the way in which it grows; then on high heat, blow it straight down, holding the hair taut. For extra hold, try using gel. 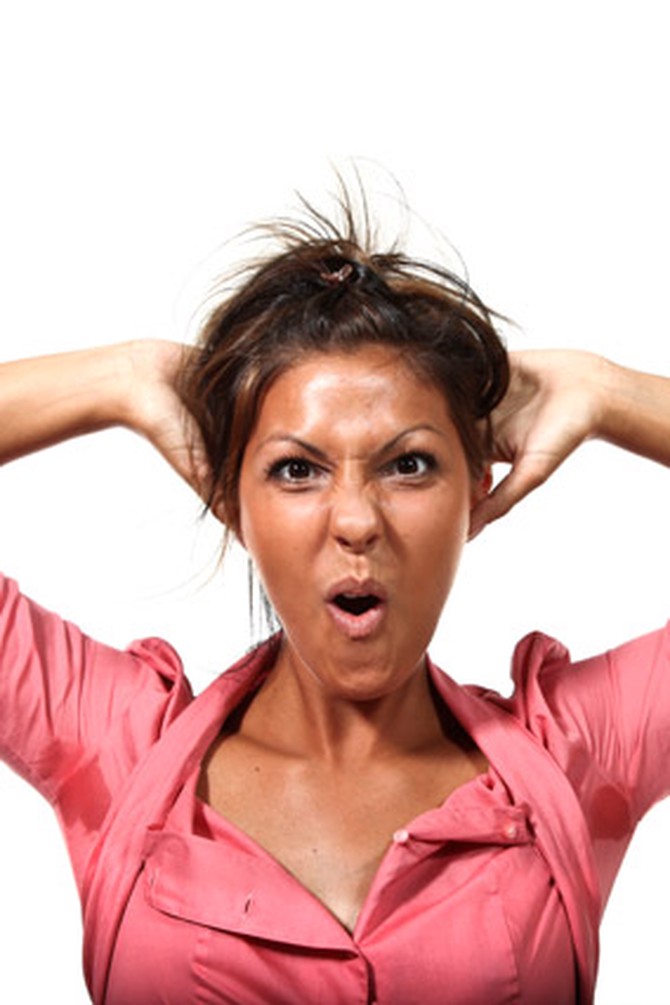 Sweat
Try swapping your deodorant for an antiperspirant to help prevent wet spots from appearing underneath your arms and staining your favorite silk blouse. Most contain aluminum compounds that occlude sweat ducts and prevent perspiration from reaching the skin's surface (where it's exposed to bacteria that can cause odor). Drugstore brand Certain Dri contains a higher percentage of aluminum chloride than most other over-the-counter antiperspirants; apply it at night, and in a few days you should notice significantly less sweating. Your doctor can prescribe the stronger Xerac AC or Drysol. Whatever the level of protection, it will be more effective on bone-dry skin, says Loretta Ciraldo, MD, voluntary professor of dermatology at the University of Miami Miller School of Medicine, who tells patients to dry their armpits with a hair dryer (on the cool setting) before applying antiperspirant. For a more long-term solution, there's Botox. Underarm injections can cost up to $3,000, but you'll stay dry for at least three—and up to seven—months. 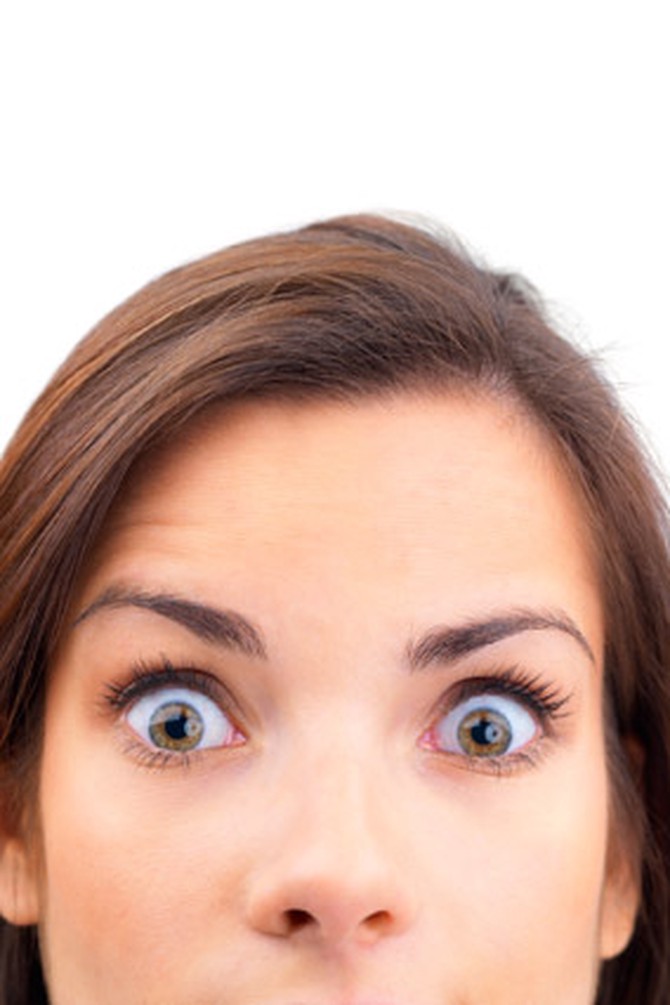 Breakouts
Blemishes can happen anywhere there are pores and hair follicles, says O'Brien—meaning they aren't limited to your face, back and chest. Pimples in or near the ear are often caused by residue from hairstyling products. Breakouts can also pop up around your bikini line, either as a result of shaving or constant friction from wearing underwear. Never squeeze a blemish in a sensitive area, and avoid scrubbing, which can irritate acne and make it worse. Instead, use a benzoyl peroxide or salicylic acid wash in the shower, and apply a spot treatment using a cotton swab. If a pimple lasts longer than a week, feels hot or becomes significantly larger (about the size of a nickel), you should get it checked out by a doctor. 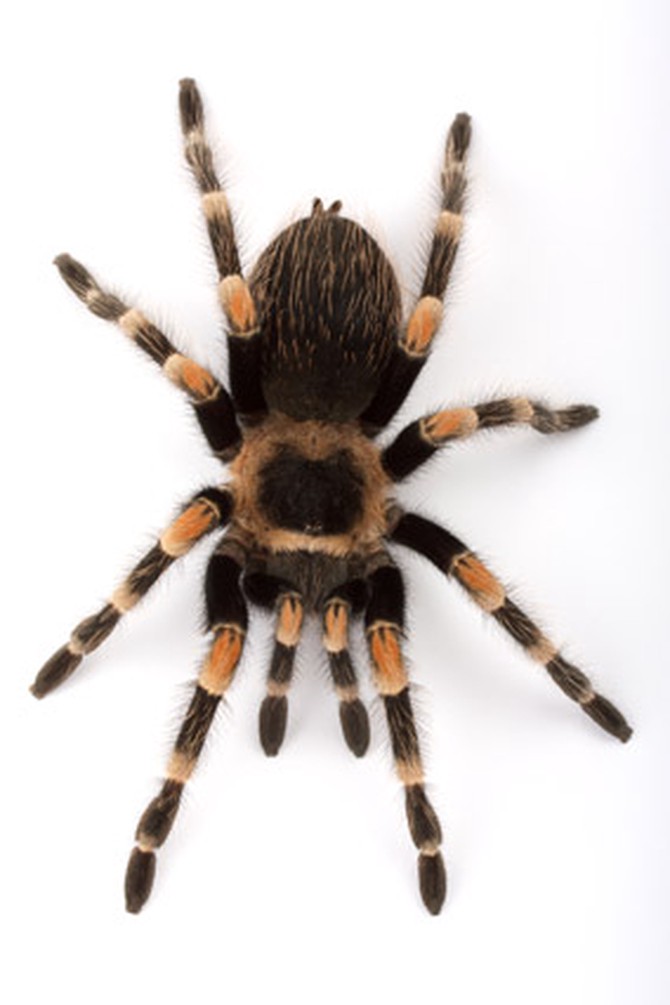 Spider Veins
If veins are large enough to be threaded with a tiny needle, sclerotherapy—the injection of various solutions into the blood vessels—is the best option for removing them, says Tina Alster, MD, clinical professor of dermatology at the Georgetown University Medical Center in Washington, D.C. This nearly painless solution irritates the vein's lining, and the resulting tissue inflammation causes the blood vessel to collapse and fade. Most people experience mild redness and swelling along the course of the treated veins. The procedure takes 10 to 30 minutes, depending on the number of veins, and often both legs can be done in a single session. If you hate needles, try vascular laser treatments, which are a little more uncomfortable because they zap the veins with heat, says Alster.

Book your treatment during the winter when your legs are protected from the sun, and avoid sclerotherapy immediately before or during menstruation because of heightened sensitivity. Expect to pay $350 to $1,000 for either option. 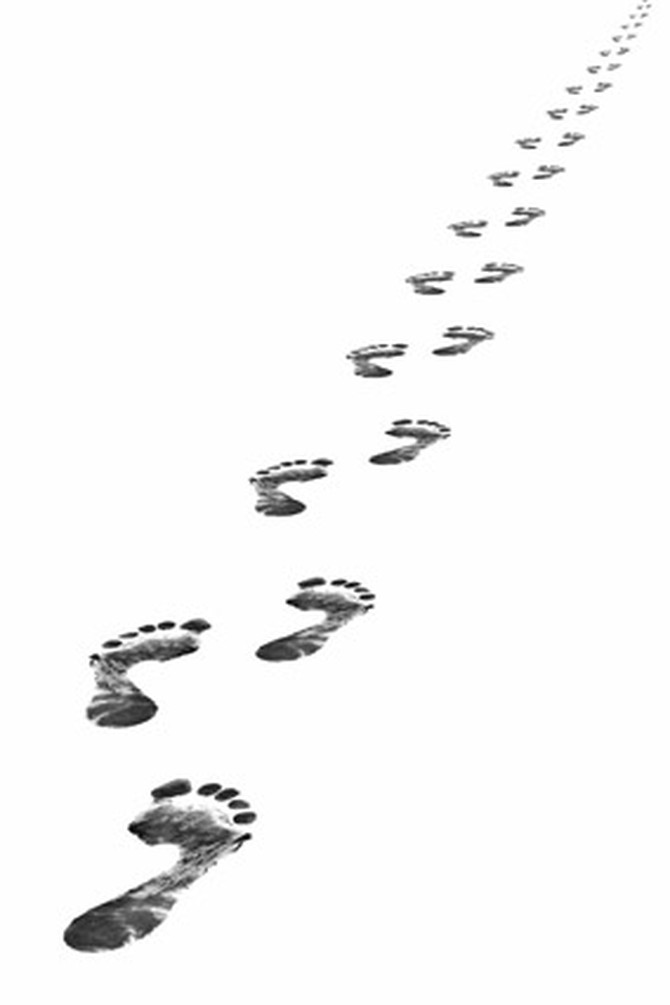 Toes You'd Never Show Anyone
For toenails that are tinged yellow but smooth to the touch, dark nail polish could be to blame. To eliminate stains, New Orleans dermatologist Deirdre O'Boyle Hooper, MD, recommends lightly buffing your (unpolished) nails and soaking them for 5 to 10 minutes in lemon juice or, if you're more ambitious, a slushy mixture of two parts peroxide and one part baking soda every other day until you see an improvement. And while vertical lines and brittle nails are both normal signs of aging, toenails that are thick and discolored could be caused by a fungal infection. Treating fungus with a topical prescription treatment rarely works because it's difficult for medicine to penetrate the nail plate, says O'Brien. She adds that taking prescription oral Lamisil is the most effective option (but has been associated with side effects including liver damage).

Keep in mind results won't come quickly—it can take up to a year for toenails to fully grow out. 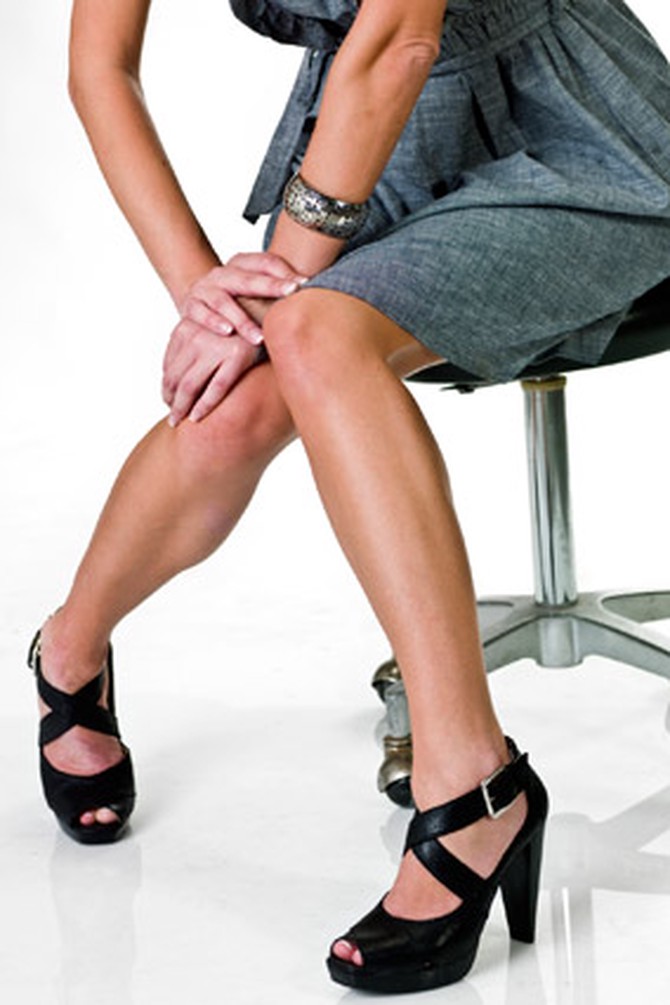 Perspiration...Down There
Crossing your legs, wearing underwear made of synthetic fabrics that are less breathable than cotton and sitting for long periods can all cause sweating in the crotch and seat areas. Since the skin near the vagina is particularly thin and sensitive, avoid masking odor with perfume or using wipes that contain antibacterial agents, hydroxy acids or acne medication (like salicylic acid or benzoyl peroxide). Try fragrance-free towelettes or opt for a version meant for babies. And be careful to wipe only the skin around the vagina—neither the labia nor the inside of the vagina perspires. After a shower or before putting on underwear, O'Brien suggests, applying Zeasorb-AF (an antifungal powder that guards against rashes that can break out on warm, damp skin) or baby powder to help absorb moisture throughout the day. 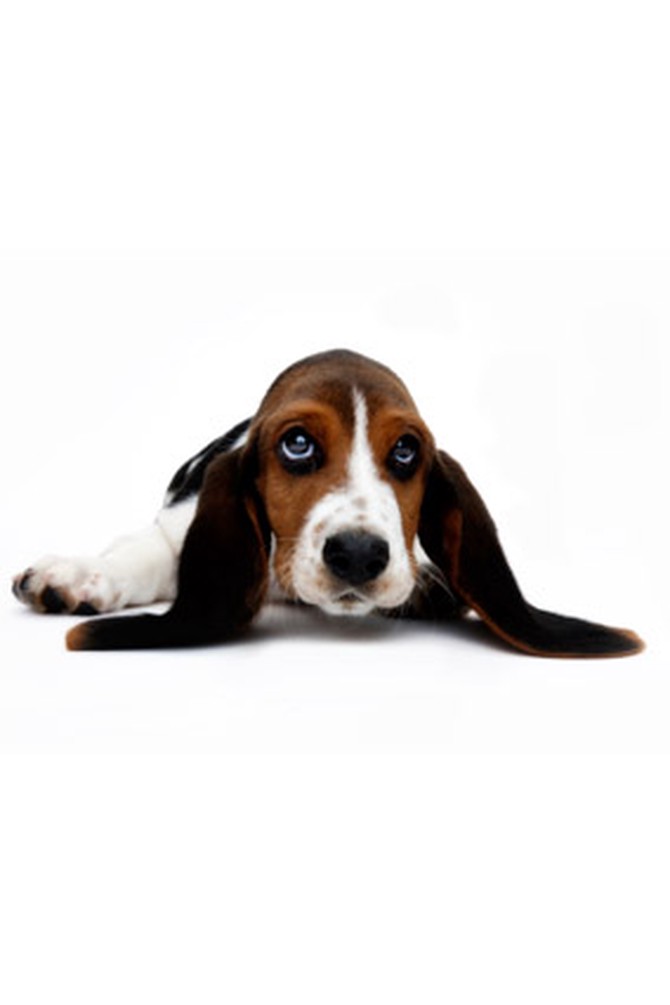 Sagging Earlobes
If years of wearing heavy earrings have stretched out your piercings, we're afraid it's studs for you from now on. Haideh Hirmand, MD, clinical assistant professor of surgery at Cornell-Weill Medical College/New York–Presbyterian Hospital, says she sees elongated piercings only in people who've worn dangling earrings over time. The good news, she says, is that you can have your lobes repaired in a simple surgical procedure. It involves cutting the elongated hole completely out and suturing the skin back together, which closes the hole. It's done under local anesthesia, there's no downtime, the sutures come out in a week, and healing is usually very quick. Or sometimes an injection with a filler like hyaluronic acid can temporarily plump up the lobes so that earrings fit better. If you want to repierce, you should wait four to six months, and do it in a different spot on the lobe.

Next: Answers to the 10 most embarrassing health questions
Published 02/06/2012
More Fashion & Beauty
3 Common Haircare Mistakes—and How to Fix Them
6 Ways to Hide the Signs of Holiday Stress
5 Must-Have Beauty Buys for March
How to Get Rid of Undereye Bags, Once and for All
April's Top Beauty Buys
5 Products Beauty Editors Wear Down to the Nub
September's Very Best Beauty Products
30 Beauty Boosters to Transform Your Look in Minutes