7 Questions Every Woman Needs to Ask Before Her Next Birthday

Because answers to life questions come so much more easily when you accept the risk—and reward—of looking at the hard stuff.
By Leigh Newman 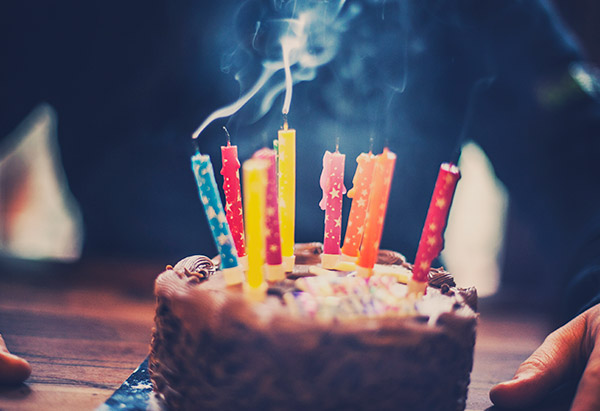 This is a trick question. By asking it, what you're really saying is: "I need one. Now." For the night you hit a pothole in a creepy, dark mountain town and blow your tire. For the day you come home and find the freakishly huge tax bill. And, yes, even for the afternoon when you're looking out the window and witness a sunset the miraculous, oft-forgotten color of orange sherbet.

Maybe your practice is a gratitude mumble just before bed. Maybe it's a 10-minute-long meditation in your husband's closet, where nobody—not even the toddler—can find you. Maybe it's going to church. Maybe it's an idea that you hold inside you and repeat to yourself, like this one from Eckhart Tolle: "Stress is wanting something to be the way that it isn't." Because if you give up on hoping there's some way for a tire that's already lying in tatters under your car to reassemble before your eyes, you don't have to scream at everybody, "Be quiet! Mommy's freaking out!" You accept the tire is gone—and look for a spare.That is the thing about spiritual practices. Yes, they are about your spirit, but your spirit includes your mind, your mouth and your ability to focus sufficiently on how to operate a jack.

2. "How would my relationships change if I resolved never to lie again?"

"We have all been liars," says Sam Harris, PhD, in his book Lying. "And many of us will be unable to get into our beds tonight without having told several lies over the course of the day. What does this say about us and the life we are making with one another? How would your relationships change if you resolved never to lie again? What truths about yourself might suddenly come into view? What kind of person would you become? And how might you change the people around you?" Harris, by the way, is a neuroscientist and a philosopher. Perhaps the best response to these questions is his own—"It's worth finding out."

As advised by government experts, your bag might contain canned food, a flashlight, a dust mask, a wrench and a hand-crank radio. But it is slightly more likely that you're worried about a hurricane or a flood than you are zombies. The sort of crisis you might fear, however, is not important for this discussion. What is, are the contents of the bag. So many of us worry that we don't know ourselves well enough. We wonder why we can see others so clearly but we can't see ourselves. A zombie bag will not completely solve this existential debate. But it will help. We are who we most are in times of crisis. For example, I live near a river. I have one thing in my zombie bag. It is a raft, which I will inflate, drop out the window, jump into, call for my kids and husband to jump into, also, then paddle us all to safety in. In my husband's zombie bag are copies of our birth certificates, social security cards, credit reports and the deed to our house. This is who he and I are in everything we do, state of emergency or not. He has the common sense. I have the dreamers-only plan of action (which includes our leap into the raft from the third-floor window).

4. Have I found a graceful way to deal with the stumbles of others?"

You have gotten older, true, and one of the benefits is that you know a little more now than you did before. It can be hard (read: maddening) to listen to a third-grader smugly inform you that the world was formed by two meteors crashing together. Then again, it can be hard (read: maddening) when your mother pronounces wok as wolk, the w-cousin of yolk. Have you found a graceful way to correct them? By graceful, I mean kind. And by kind, I mean showing them another way to look at it, such as, asking a question like, "Wok? Huh. I always said wok, you know, like pock?" But this is only necessary if you're worried the person will stagger around the world with the misinformation glinting like spinach between the teeth. The highest level of grace, is going without the correction—letting the minor, glaring error flow over you and out of you. You know what the third-grader means, after all: two asteroids, one big bang, the world began, how amazing, wow!

5. "What would happen if I wrote down the story of the person who harmed me?"

In other words, "What do you know about this person?," wrote the very wise man who invented the question above. "If you do not know them, what can you find out about them? What do you have in common?" Even if you were to only find one way in which the two of you are similar, even if you were to understand only one fact about their lives, even if you were to waste an afternoon writing down this meager biography—might it take you just a smidge closer to finding the humanity in that person? Perhaps this is why Desmond Tutu wrote this question in The Book of Forgiving.

6. "How much discouraging, exhausting work have I done toward attaining happiness?"

We all want to think that if we take our vitamins, write in our journals and smell a few tulips, we'll be happier (all true methods of joy-boosting, even the last one). These things help. They do! I'm a fan of doing them. And yet...lasting happiness usually requires more effort. It means giving up lunch with your friends to go to a therapist. It means not watching TV with your husband at night and instead talking about whether you should move or not and why the two of you disagree so emphatically about it. It means sitting at a computer until midnight, looking for a job that you love instead of one you simply don't loathe. It's discouraging, exhausting work, at times. It can even get brutal. But it is part-time work. You slog along, you feel better, the slogging feels less like slogging and you may even have to do less of it (because you've done the work that works). Unhappiness, on the other hand, is 24/7. You don't get to do it for an hour a day and knock off. You do it in the morning, afternoon and at night. It feels usually like you can't even quit. But you can. It just takes...some difficult, exhausting work toward attaining happiness.

7. "Do I let myself feel the pleasure of stealing?"

In his new book of poetry The Moon Before Morning, W.S. Merwin writes about watching the flowers open at dawn, like "pink coral in midair," and then sitting at the breakfast table, reading, which makes him feel as if he's stealing this moment from something else that he should be doing. We all feel this, don't we? We take a weekend morning to daydream in bed or to listen to a new piece of music—and then the worry or guilt starts, that we should be buying groceries or figuring out what's really going on with that weird sound coming from the washing machine. But to Merwin, "the pleasure of stealing is part of it." In other words, he is thinking of the stealing as a joyful act. Because, ladies and gentleman, it's time we are stealing, not eyeliners, gold or candy. We ought to let ourselves feel that long-lost, gigglish feeling of taking something without asking—even if what we're taking is time, and whom we're taking it from is ourselves.

Leigh Newman is the deputy editor at Oprah.com and the author of Still Points North: One Alaskan Childhood, One Grown Up World, One Long Journey Home.
Published 04/15/2014