Are there things in your life that make you want to crawl under a rock? Martha Beck has a three-point plan to get you past the tyranny of "What will they think?"
By Martha Beck 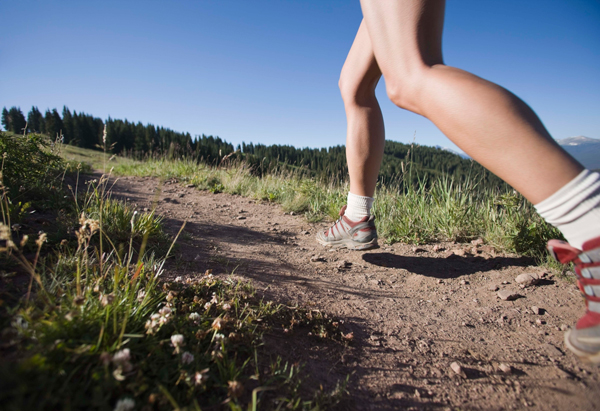 Photo: Thinkstock
"You must learn to tolerate the humiliation of taking your child out in public. Try to ignore the stares and insensitive comments of the people around you."

I don't remember where I read these words—I vaguely recall a dingy red pamphlet, given to me by a well-meaning social worker—but I know exactly when. It was February 11, 1988, three months before my son, Adam, was born, one day after an amniocentesis revealed he had Down syndrome. I'd refused what would have been a very late-term therapeutic abortion but not because the diagnosis didn't bother me. I felt trapped in a bizarre nightmare. In 24 hours, I'd gone from daydreaming about my perfect baby to bracing myself for "stares and insensitive comments."

My first reaction to that pamphlet was to throw up. Things went downhill from there. I already loved my unborn son, but I had no idea how to "tolerate the humiliation" of being his mother. Avoiding humiliation was practically my religion. I was a slavish overachiever, desperate to succeed, to please, to fit in. Now, it seemed, I would be obviously and publicly shamed in the all-important role of mother.

I didn't realize that I'd just been handed the key to freedom from the humiliation—and the fear of humiliation—that had always governed me. I was about to learn that my level of shame was always under my own control, that I would endure exactly as much humiliation as I consented to feel, and that instead of tolerating this awful feeling, I could simply dispense with it. All of this is equally true for you.


In her book Fear and Other Uninvited Guests, psychologist Harriet Lerner points out that of all the forces that shape human behavior, fear of humiliation is among the most powerful. The most common fear is not of illness or accident, but public speaking; soldiers will march into certain doom rather than be branded cowards. Many clients tell me they prefer lives of quiet desperation to the possible embarrassment of trying and failing to realize their heart's desire.

Humiliation's power can keep people from violating basic social boundaries. But like tear gas, it has only one effect: incapacitation. Try this little experiment. Say out loud the words "I'm so ashamed of myself," and notice how your mind and body react. You'll probably feel enervated, paralyzed, as though you've donned a lead straitjacket. These sensations don't just stop you from doing anything wrong; they stop you from doing anything, period.

To see the effect of this, consider an area of your life in which you feel frustrated and stuck: relationships, work, personal goals, maybe all of the above. Are you doing absolutely everything possible to get what you want in these areas? If not, why not? Why not demand that promotion, resist your critical mother, write your novel? If fear of humiliation is your problem, your answer will probably be something like: "If I do that, people may gossip about me/hate me/laugh at me/judge me." Or "That's unheard-of in my family/neighborhood/religion/company." Or maybe, simply,?"That would make me look greedy/stupid/fat/selfish/wimpy/ wrong."

These phrases, and any other variation on the "what people might think" theme, are shame mantras. Obeying them prevents all kinds of experiences—but not, it turns out, humiliation. In fact, the more we obey our fear of shame, the more our frame of mind guarantees we'll feel humiliated.


To paraphrase Eleanor Roosevelt, no one can cause us to feel humiliation or shame without our consent. Conversely, withdrawing our consent can end shame-based pain and paralysis immediately. That's because the real cause of humiliation isn't being judged or attacked by others, it's living in any way that conflicts with your real values.

For example, there are cultures in which women are terrifically ashamed if they don't have wooden plates in their lips or metal rings elongating their necks. You probably aren't wearing either accessory, but this doesn't make you feel humiliated—and probably wouldn't even if you were to visit one of these societies—because you don't adhere to those standards of beauty.

On the other hand, many American women feel deeply humiliated if they have more fat than a ballpoint pen, even though some cultures idealize a hefty figure. Standards of beauty are arbitrary. Body shame exists only to the extent that our physiques don't match our own beliefs about how we should look. Change the belief "I should be ashamed" to, say, "I should be kind"?and humiliation disappears, leaving us empowered rather than paralyzed.


Align Your Actions With Your Convictions
If your behavior violates your own moral standards, humiliation is a natural consequence. There are two strategies for avoiding this. Strategy number one is obvious: Don't do anything you think is wrong or fail to do anything you consider morally necessary. I'm guessing you're a well-meaning person who's trying to follow the rules, but if you're having persistent trouble "being good" or if your shame is triggered because of what you are rather than what you do, adopt strategy number two: Stop trying to change your behavior; instead, rethink your beliefs.

I first understood the power of this shift after my son's diagnosis. Although I desperately feared the humiliation of having an "imperfect" child, something in me resisted giving him up. So, unable to bring my actions into line with my beliefs, I gradually brought my beliefs into line with my actions. I began questioning the assumption that people with Down syndrome are imperfect. Like anyone else, they are perfectly themselves, as nature made them. Maybe the real defect lay in the belief that such loving and lovable people were defective.

This way of thinking felt strange to me but very right. As soon as I tried it on, I felt my humiliation begin to evaporate. I've since heard many clients describe this feeling after flipping a belief on its head. Many have spent years paralyzed by the thought, I feel so humiliated. There must be something wrong with me. Things begin to move the moment they try thinking, I feel so humiliated. Maybe there's something wrong with my beliefs. (Note: Humiliation won't disappear unless your new attitude is genuinely okay for you. Merely excusing behavior you feel in your heart to be wrong only increases shame.)
Rejecting humiliation in this way can transform you from a psychological paralytic to a powerful force for positive change. Like Huck Finn wrestling with social training that said he should be ashamed at hiding a runaway slave, then rejecting his belief in slavery, you may discover that your new truth feels "righter" than society's preconceptions.

Open Up
Once your beliefs are congruent with your actions, the next step toward banishing humiliation is openness. Starting with a person who feels safe and nonjudgmental, raise the very conversational topics you've always avoided out of embarrassment. Talk, write, shout, laugh, or cry out loud about whatever humiliates you most.

If this sounds crazy, think about how Princess Diana was embraced by the public for opening up about her eating disorder, her depression, her affairs. On the other hand, public figures who lied to avoid humiliation (Pete Rose, former president Clinton) ended up being more shamed than if they'd been honest from the get-go.

Once you've confided in your safe person, begin broadening your circle. Discuss your taboo issue with friends, colleagues, even the world at large. Take this at your own pace, and treat yourself kindly if you get a response that formerly might have mired you in shame. Remember that you are acting as morally as you know how, and that you therefore have no reason to feel humiliated. Then talk to someone else about how awful it felt to be judged. The more open you are, the more others will support you.

Be Proud
Know this: If you are following your own moral rules, the very things you're ashamed of are likely the things about which you can feel most proud. Say you've battled obesity, mental illness, addiction, or abuse: Take pride in the extraordinary courage you've shown by surviving and working toward health. If others make you feel ashamed for what you are—your heritage, your sense of what is true for you—you'll find that expressing pride in those same qualities is the road to inner peace.

This works in silly situations as well as lofty ones. Remember when Rev. Jerry Falwell accused Teletubby Tinky Winky of same-sex orientation? Falwell pointed out that Tinky was purple (gay), had a triangle-shaped antenna on his head (gay), and carried a purse (gay, gay, gay). Instead of counterattacking, a number of people nominated Tinky Winky for grand marshal of the San Francisco gay pride parade, turning a potential shame fest into a jolly celebration. (Tinky Winky didn't win the vote, but you get the point.)

I got a similar gift from the potential humiliation of having a son with an extra chromosome. Sure, strangers have recoiled, doctors and associates have bluntly told me that keeping him was stupid. Long ago I stopped feeling humiliated by such nonsense. I am proud of everything about Adam, who at 15 is one of the finest people I know. I've written about him, traveled the world with him, stood with him before crowds gathered to celebrate his difference. What's sometimes hard to contain is not the humiliation but the pride and joy of taking my child out in public.

The same process can work for you. Are you ashamed about your body, your history, your loves, your longings? If you know in your heart that these things are right for you, stop trying to fix, change, expel, or squash them. Share them. Take them out in public every darn chance you get. Now say it out loud: "I'm so proud of myself." The rush of strength and expansiveness that comes from declaring this honestly is the antidote to paralysis and the beginning of many wonderful adventures. And each time you choose that instead of shame, you really should be proud.

More Martha Beck Advice
From the May 2004 issue of O, The Oprah Magazine