"Tooth Fairy to the World" 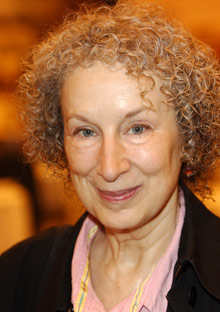 Photo: Newscom.com
As a child, I was a hopeless bleeding heart. I would coddle the bunnies brought in by my cat in the middle of the night, wrapping them in towels and placing them in shoeboxes, only to find in the morning that they had died of shock. It was the same story with the birds that whanged into windows: Despite having been tenderly placed in woolen socks, few survived to fly again.

Although I was given a toy nurse kit, I wasn't interested in malingering dolls requiring sickbeds. What I wanted was instant resurrection, a magic wand that would restore life and health with one swift wave.

As you might suppose, I was also a sucker for Brownies and their songs. I can't remember whether I was a cheerful Gnome, helping mothers in their homes, or one of the laughing Elves, helping others, not themselves, or a frisky Pixie, helping mothers in their fixes. No matter; I absorbed these messages like blotting paper. I might as well have had the official motto, "Lend a hand," engraved on my forehead. If I saw an old lady standing on a corner, I knew it was my bounden duty to haul her across the street. The Me Generation probably grew out of its rejection of the Others First generation, namely mine.

As an adult, I did develop some restraint, but only some. My sister used to tell me, "I'm not asking you to do anything; just listen," but my fingers would start itching—I had such helpful ideas!—and sooner or later, out would come the towel and the shoebox, and whoever had shared their troubles with me would be wrapped up and popped into a container made of my excellent suggestions, from which I would expect them to emerge whole and rejoicing the very next day.

It was a replay of the rabbits. Sometimes, true, I got results, but mostly I just got the same walking wounded I'd started with, plus an extra dollop of dismay and guilt.

All this came to a head on one unpleasant occasion. My friend X turned up in the kitchen with a tale of woe. Our mutual friend Y, he said, was drinking way too much—she'd go through two bottles of Scotch in one day.

I knew about Y's drinking, and also about the fact that she would heave you out of her house if you even mentioned it. I knew I didn't have a clue as to what to do. I said all this. X gazed at me mournfully. In that case, he said, the death of Y would be on my hands, and mine alone.

Bullshit is a useful word, but I did not use it. Y was a mother figure, and she was in a fix. How could a well-meaning Pixie such as myself do nothing? I said cautiously that I would go so far as to phone Y's daughter and tell her that many of Y's friends were very concerned, and were standing by if needed, to—you guessed it—lend a hand.

In due course, this conversation was reported to Y. The result was a volcanic explosion of rage and bile, aimed at me and shared with everyone we both knew. After a period of wincing and dodging the fallout, I finally got the message.

Aha, I thought. Some old ladies prefer their corners. They feel safer there. If they want help getting across the street, they'll ask for it. Meanwhile, quit thinking you have to be the proactive Tooth Fairy to the world. Just listen.
From the March 2006 issue of O, The Oprah Magazine