Is Meditation Your Friend or Your Enemy?

By Ed and Deb Shapiro 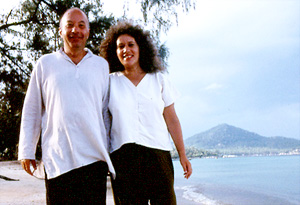 Courtesy of Ed and Deb Shapiro
Between balancing work and your personal life, it may seem like you don't have time to try anything new. But spiritual teachers Ed and Deb Shapiro explain why you'll benefit from adding meditation to your must-do list.
Did you ever wonder why you resist something that connects you to happiness and peace of mind? Isn't it ironic how often the best things for you can be what you avoid the most? Something like meditation, for instance, can bring you such joy but can appear as unimportant and boring, and you may have little time for it. Yet this is like being addicted to poison while resenting the anecdote!

Some years ago, we were in Thailand, attending a 10-day, silent meditation retreat. Each day, a cheerful Buddhist monk would come to teach, and he would always ask us: "Are you happier today than you were yesterday?" As he said this, a wide smile would fill his face because he knew we were confronting numerous obstacles to happiness, and not just the ones in our own minds. As beautiful as the coconut grove was, we were living with mosquitoes, centipedes and snakes, sleeping on wooden planks and not eating after midday. How were we expected to find happiness amid such extremes?

Yet despite his humorous tone, the smiling monk's question was a genuine one. We were on a meditation retreat. If we were not beginning to feel happier as a result, then what was the point of being there? Why meditate if we don't enjoy it?

Every day, he asked us that same question: "Are you happier today than you were yesterday?" This had the effect of highlighting the extent to which we were preoccupied with our own concerns, doubts and conflicts, and even how difficulties can actually feel more familiar and meaningful than joy. How easy it was to blame physical discomforts for our lack of happiness!

Why you should make friends with meditation