Inside the Fistula Hospital 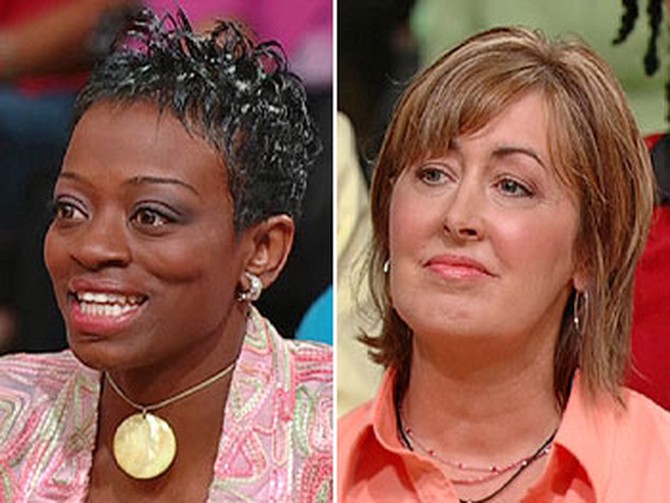 6 of 8
Viewers Cyrene and Sue were so touched by Dr. Hamlin's appearance on the show that they were moved to action. Cyrene (left), a medical student, raised $2,000 to go on an eight-week medical mission to Kenya. "Dr. Hamlin showed me the power of being willing to use the tools that you're given."

Sue, a busy mother of two, had never heard of fistulas before the show. "I was haunted for weeks thinking, 'What else can I do?'" Then an idea came. Sue began hosting bracelet-making parties at her home. Sixty volunteers gave their time, and soon they had made over 1,600 bracelets for the girls at the Fistula Hospital.

Bracelets in tow, Sue and Cyrene traveled to Ethiopia with Oprah to deliver the presents and meet the girls. It was a trip that touched them to their cores. "I will never forget those smiles," Cyrene says. "Their smiles were such a universal language for us. It was how we could connect...they were really telling us that their joy was full."
Published 12/01/2005
PREVIOUS | NEXT
Please note that Harpo Productions, Inc., OWN: Oprah Winfrey Network, Discovery Communications LLC and their affiliated companies and entities have no affiliation with and do not endorse those entities or websites referenced above, which are provided solely as a courtesy. Please conduct your own independent investigation (including an investigation as to whether any contributions are tax deductible) before donating to any charity, project or organization. This information is provided for your reference only.
More Inspiration
Pushing the Limits of Reconstructive Surgery
Royalty on The Oprah Show
Humanitarian Crisis
Maya Angelou's 'Amazing Peace'
Portraits of Freedom Riders: Then and Now
Grand Teton National Park
Hats of the Royal Wedding
The Royal Wedding Party