Dr. Phil: The Little Clue That You'll Be Successful 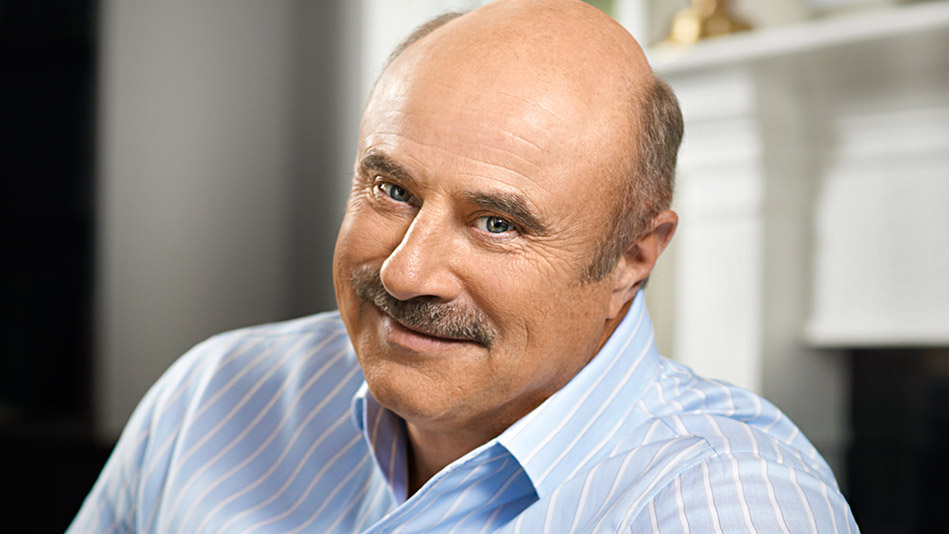 Photo: Robert Trachtenberg
Since childhood, I've been obsessed with success. Even in middle school, I was studying highly effective people to figure out what they had in common. I discovered that success is not a mystery; it leaves clues every step of the way. There's one characteristic shared by those who get results, from Bill Gates to Colonel Sanders: Winners do things losers don't want to do. People who make it across the finish line have a different mode of thinking from those who don't.

First, winners have a clear picture of success that they can describe in graphic detail. They can tell you exactly how they imagined their ultimate achievement would look and feel, because that 20/20 vision helped them clarify their priorities and gave them the drive to achieve greatness. That's not to say that their idea of the future was set in stone. But even when they needed to be flexible, they never lost sight of the end goal.

You may be saying, "Oh, I don't think too much about the details of what I really want. If I did, I might jinx it." In fact, just the opposite is true—and that's why I want you to do the hard work of nailing down exactly what personal success means to you. You may find that you can clearly articulate your goals in some aspects of your life, but in other areas, there's nothing but indecision and cloudy thinking. For example, if you're a mother, I bet you could fill ten pages about how you define success in that realm without lifting your pen from the paper. You could talk endlessly about what you want most for your children, and how you're working to nurture, educate and protect them. You might have a solid plan for helping your kids turn into kind, well-rounded, self-sufficient citizens. But could you be as definitive about what you want from your relationship? What about your career?

Once you know where you want to go, you have to create a detailed map of how to get there, with specific steps that will take you where you want to be. If your aim is to make a million bucks, you can't take some low-stress job that will get you home in time for an afternoon nap. Winners choose a path, then aren't easily seduced away from it.

And how long do they keep going? They persevere until: For them, there's no stopping until they've achieved their goal. Thomas Edison supposedly said, "I have not failed. I've just found 10,000 ways that won't work." From his perspective, every one of those 10,000 attempts was just getting him closer to success. Giving up was not an option.

I don't mean that you have all the time in the world—quite the contrary. Someday is not a day of the week. If you say, "I'm going to lose weight someday," you'll be making that same empty statement a decade from now. Winners have a timeline.

They also hold themselves accountable, partnering with people whose opinions they value to help them stay on track. Not once have I seen a successful person go it alone. People who set high standards seek—actually, need—help from others.

If success were easy, everyone would achieve it, and it wouldn't be worth a darn. Just ten days after I had surgery, I was on a plane to shoot a story for my TV show that absolutely had to be told. It's hard work, but I love it and happen to be good at it. Which brings me to my last piece of advice: Know yourself. I'm not looking to play in the NBA or star on Broadway. I can't slam-dunk, and you don't want to hear me sing. Likewise, you need to be realistic when it comes to your goals.

You might be able to achieve everything you want without a clear-cut vision, just as you might be able to hop in the car and get where you want to go without knowing the address. It's possible, but not likely. So don't set out on a journey unless you can put a pin in your destination.

Dr. Phillip C. McGraw's daily talk show will start its 13th season in September. He has written seven best-selling books; his latest is Life Code: The New Rules for Winning in the Real World (Bird Street).
From the August 2014 issue of O, The Oprah Magazine

More Inspiration
31 Days to Waking Up Happy for Life
Dr. Phil: The One Question You Need to Ask to Get What You Really Want
Dr. Phil: 3 Things You Don't Have to Do This Holiday Season
4 On-the-Spot Calming Techniques from Pros
Dr. Phil: You Teach People How to Treat You
7 Things You Definitely Don't Need to Stress About
Dr. Phil: The Powerful Ability That Will Help You Manage Your Life
Dr. Phil: How to Know When You Can Really Trust Someone