Why a Balanced Life Is Overrated 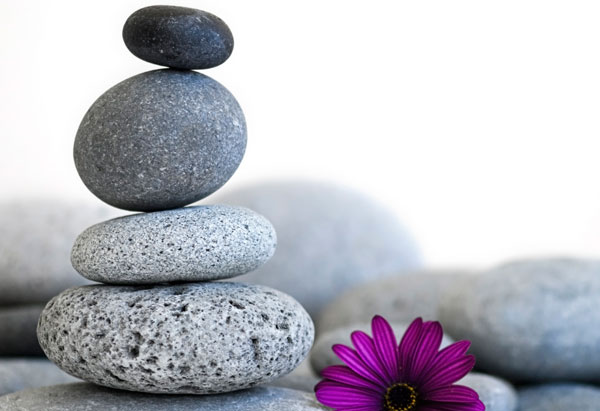 Photo: Thinkstock
It's five o'clock in the morning. I've been awake for about 23 hours, having struggled vainly to fit in writing between yesterday's tasks: getting the car fixed, taking the dog to the vet, answering email, grocery shopping, driving my kids to music lessons, seeing clients, picking up deli sandwiches for dinner, and cuddling a 12-year old through some of the horrors of puberty. I finally sat down at my computer around midnight—and looked up just now to see the sun rising.

Since I'm up, I decide to set a historic precedent by preparing breakfast. All goes well as I awaken my children and head to the kitchen, at which point I remember how much I hate to cook. I even hate to toast. The kids arrive, yawning, and ask what I'm planning to serve them. I think for a minute, then say, "We have Oreos."
Three Ways to Lose Your Balance
I spent the last decade of the 20th century interviewing American women and found that no matter how they sought balance, virtually none of them attained it in their culturally prescribed role. Some of these women were like Meg, a stay-at-home mother who sacrificed her career to care for her children, only to feel devalued by a society that equates professional achievement with fundamental worth. Others resembled Laura, a 43-year-old lawyer who never got the marriage or children she'd always expected. Laura's heart ached every time she attended yet another baby shower. At work, married people dumped extra work on her, figuring she had no life. But most of the women I spoke to were like Stephanie, who had a good job, two children, and chronic fatigue. For years Stephanie's boss complained that her work was inadequate because of the time she devoted to her family, while Stephanie (and her relatives) worried that her children were suffering because of the energy required by her work.

All of these women were haunted by the fear that others were judging them negatively. They were right. Our culture does belittle women who cannot be both professional high-achievers and traditional moms. It questions the devotion of women who attempt to combine the two roles. My conclusion? Balance, schmalance. Trying to establish a harmonious equilibrium between our society's definition of What a Woman Should Be is like trying to resolve the tension between two hostile enemies by locking them in a room together. But there is hope.

The Joy of Being Unbalanced
If someone condemned you because, say, you failed to prevent Hurricane Andrew, you wouldn't dissolve in shame or work to overcome your inadequacy. You'd probably conclude that your critic was nuts, then simply dismiss the whole issue. That's the wonderful thing about seeing that our society makes impossible demands on all women. You free yourself to ignore social pressures and begin creating a life that comes from your own deepest desires, hopes, and dreams. You'll stop living life from the outside in and begin living it from the inside out.

That's what happened to Meg, Laura, and Stephanie when each lost her balance in a dramatic way. Meg, the stay-at-home mom, hit the end of her rope when her husband left her for a "more accomplished" coworker. Laura's turning point was an emergency hysterectomy that meant she would never have the baby shower of her dreams. Stephanie finally realized she was trying to do the impossible the day her mother-in-law scolded her for working too much and she was fired for being too concerned with her personal life.

These women described moments when they really "got" that the expectations they'd been trying to fulfill were unfulfillable. This epiphany was terrible, because it meant relinquishing the goal of total social acceptance. But it was also the beginning of freedom, of learning to seek guidance by turning inward to the heart, rather than outward to social prescriptions. After her crisis, Laura discovered a passion for gardening that led her to quit her corporate job and start a floral nursery business. Meg spends her time contributing to the local schools and developing relationships that help her see her own value. Stephanie got a new job by developing a proposal that showed how she could add value to a company while working from home.

On the surface, these aren't revolutionary acts. But they filled each woman's life with authenticity and satisfaction. If you feel trapped by contradictory demands, you may want to join this gentle rebellion. You can help create a new cultural paradigm, one that replaces conformity with honesty, convention with creativity, and judgment with kindness. That, in the end, is the gift of the disequilibrium that society has bequeathed to all of us. Being forced to seek balance within ourselves, we can make our unsteady, stumbling days feel less and less like disaster and more and more like a joyful dance—the dance of a wildly, wonderfully, perfectly unbalanced life.

Martha Beck is the author of Finding Your Own North Star (Three Rivers).

More from Martha Beck
From the April 2003 issue of O, The Oprah Magazine