Are You a Feminist or a Feminine-ist? 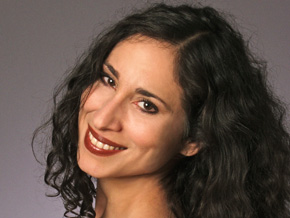 PAGE 3
It seems that America has been fighting against the perception of being feminine for a while now—wanting to appear tough and strong, and afraid of appearing weak by admitting a need for help. If you compare America to countries in the East, you'll see what I mean. If America were to be personified, it would definitely be a real guy's guy—running around, talking loudly, smacking you on the back in greeting, occasionally belching—a lovable, rambunctious guy's guy.

Now, imagine a country like India personified. It would embrace more feminine qualities like stillness, meditativeness and spirituality.

My point? All of us—both men and women—need to consciously try to get in better touch with our feminine energies. When we deny the existence and the benefits of either our male or female sides, we exhaust our spirits since each side is the shadow of the other. As the Taoists say, "When you pick up one end of the stick, the other end comes up with it."

Any attempts to fight against or ignore either our male or female sides wastes as much energy as a cat chasing after its shadow on a wall. We need to stop thinking about picking an either/or when it comes to "doing" versus "being" and learn to accept and develop both these actions.

The truth is, it's both possible and highly rewarding to be a "feminine-ist" and embrace both feminine energies and masculine energies at the same time— like walking while chewing gum and checking your BlackBerry.

Karen Salmansohn is a best-selling author known for creating self-help for people who wouldn't be caught dead reading self-help. Get more information on finding a loving happier-ever-after relationship in her book Prince Harming Syndrome.

What do you think of Salmansohn's thoughts on feminism and feminine-ism? Share your thoughts with us below.

The number one thing to look for in a partner

Are you a female chauvinist?

More Inspiration
Breaking the Cycle of Anxiety
What Prayer Really Means
How to Have a Positive Relationship With a Narcissistic Parent
The Faith That Only Comes at 7 p.m.—from a Dog Named Waffles
8 Surprising Things That'll Make You Wildly Successful
How to Be Wildly Successful
8 Questions to Ask Yourself Today
9 Rules Happy Women Make (and Follow)