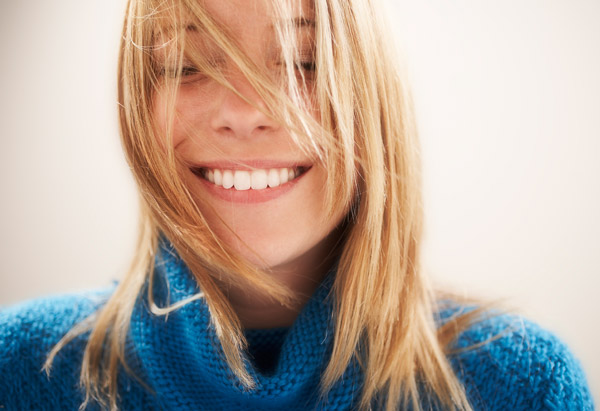 Photo: Thinkstock
Sages going back to Socrates have offered advice on how to be happy, but only now are scientists beginning to address this question with systematic, controlled research. Although many of the new studies reaffirm time-honored wisdom ("Do what you love," "To thine own self be true"), they also add a number of fresh twists and insights. We canvassed the leading experts on what happy people have in common—and why it's worth trying to become one of them.

1. They find their most golden self.
Picture happiness. What do you see? A peaceful soul sitting in a field of daisies appreciating the moment? That kind of passive, pleasure-oriented—hedonic—contentment is definitely a component of overall happiness. But researchers now believe that eudaimonic well-being may be more important. Cobbled from the Greek eu ("good") and daimon ("spirit" or "deity"), eudaimonia means striving toward excellence based on one's unique talents and potential—Aristotle considered it to be the noblest goal in life. In his time, the Greeks believed that each child was blessed at birth with a personal daimon embodying the highest possible expression of his or her nature. One way they envisioned the daimon was as a golden figurine that would be revealed by cracking away an outer layer of cheap pottery (the person's baser exterior). The effort to know and realize one's most golden self—"personal growth," in today's lingo—is now the central concept of eudaimonia, which has also come to include continually taking on new challenges and fulfilling one's sense of purpose in life.

"Eudaimonic well-being is much more robust and satisfying than hedonic happiness, and it engages different parts of the brain," says Richard J. Davidson, PhD, of the University of Wisconsin-Madison. "The positive emotion accompanying thoughts that are directed toward meaningful goals is one of the most enduring components of well-being." Eudaimonia is also good for the body. Women who scored high on psychological tests for it (they were purposefully engaged in life, pursued self-development) weighed less, slept better, and had fewer stress hormones and markers for heart disease than others—including those reporting hedonic happiness—according to a study led by Carol Ryff, PhD, a professor of psychology at the University of Wisconsin-Madison.

2. They design their lives to bring in joy.
It may seem obvious, but "people don't devote enough time to thinking seriously about how they spend their life and how much of it they actually enjoy," says David Schkade, PhD, a psychologist and professor of management at the University of California San Diego. In a recent study, Schkade and colleagues asked more than 900 working women to write down everything they'd done the day before. Afterward, they reviewed their diaries and evaluated how they felt at each point. When the women saw how much time they spent on activities they didn't like, "some people had tears in their eyes," Schkade says. "They didn't realize their happiness was something they could design and have control over."

Analyzing one's life isn't necessarily easy and may require questioning long-held assumptions. A high-powered career might, in fact, turn out to be unfulfilling; a committed relationship once longed for could end up being irritating with all the compromising that comes with having a partner. Dreams can be hard to abandon, even when they've turned sour.

From the March 2008 issue of O, The Oprah Magazine

More Inspiration
Take Action! 10 Ways to Increase Your Happiness
Can Stress Be Good for You?
6 Mantras to Help You Bounce Back During Hard Times
How to Fix the Broken Record in Your Head
The Praise Drug
Tricks of the Happiness Trade
Rev Up Your Emotional Metabolism
Deepak Chopra: How to Find What Makes You Happy