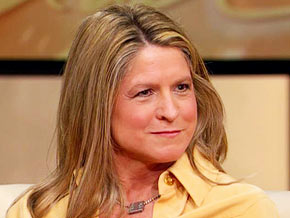 PAGE 7
Micki had three beautiful daughters, a happy 24-year-long marriage and a home in the suburbs. But underneath it all, she says she secretly believed she could be gay. It was a feeling Micki says she'd had since college. "There was this really beautiful woman who wanted to be friends with me," she says. "But she made me so nervous, I couldn't even think when she'd come around. I didn't usually get that way."

As the years passed, Micki says she felt the same way about other women—and even told her husband about it. "[It was] like you couldn't take your eyes off of them," Micki says. "The same way men feel when they look at women."

Micki says her daughters teased her about being gay, but one exchange took a serious turn. While working on a school project, Micki says her daughter Taylor, then 12, had trouble with her computer password. "She goes, 'I know your password, Mom, and I'm going to get on with yours.' And I said, 'Oh, so what's my password?' And she goes, 'Lesbian,'" Micki says.

Micki asked Taylor why she would say that. "She got eyeball to eyeball with me and she said, 'Do you really want me to answer that?' My heart started racing again and I said, 'Yeah,'" Micki says. "And she said, 'Because if it wasn't for [your daughters], you would be a lesbian.'"

More Inspiration
Excerpt from Connect to Love
13 Memorable Cast Reunions
Everything Is Interrupted
Jessica Seinfeld's Recipes
Winning the War at Home
Delicious & Nutritious
Lisa Marie Presley
Excerpt from Transition: The Story of How I Became a Man