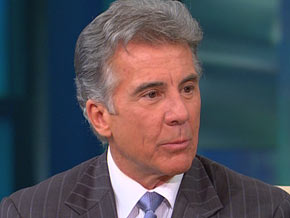 PAGE 8
One of the scariest things about Adam's case is that it happened before the Internet even existed. In today's world, there are so many more outlets for predators to find and exploit children. "I hunt these guys down for a living," John says. "They're everywhere, and they're better than anybody at it. They know the laws. They know what applies to them. ... [The Internet] is their private hunting ground."

In order to make the world a safer place for children, John says people need to take action. "Knowledge is power," John says. "People need to get busy ... you are a champion for your kids."

One thing viewers can do today, John says, is write to their senators and state representatives and demand that the Adam Walsh Child Protection and Safety Act gets funding and reauthorization by the July 2009 deadline. The act was passed on July 25, 2006—20 years after Adam's abduction—and it established a National Sex Offender Registry law. However, recent news reports reveal that most states will not be in compliance with the law by the upcoming deadline. If senators and state representatives don't comply with and fully fund the act, it will run out.

Write to your senator and state representative today!

Don't know what to write? Use our sample letter!