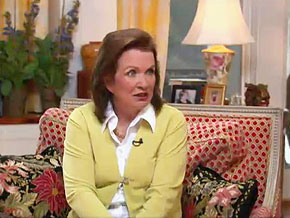 PAGE 6
At this time, Elizabeth was struggling with another admission. A year and a half after John told Elizabeth about his one-time indiscretion, she says she learned the whole truth.

John told her he'd cheated more than once. In fact, the affair had lasted for months.

"It felt like a blow to me," Elizabeth says. "It was so hard for me to even imagine such a thing, and then, his telling me that it had happened more than once. That was probably the worst...they compete for the worst moment because [of] all the work we'd done, all the trust we'd tried to build."