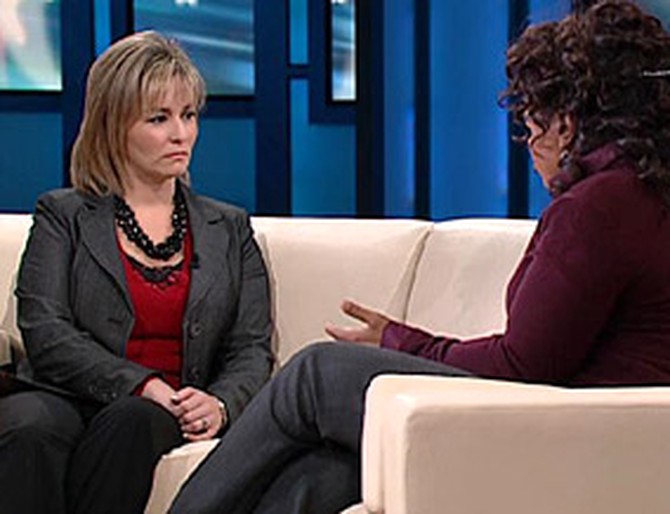 3 of 10
For 3 1/2 hours that night, Tascha says her husband beat, raped and sodomized her in their home.

At one point, Tascha says she managed to get away and run out onto the front lawn. Gerald caught her and threw her to the ground. Then, he gave her a choice. "When no one came out of their doors or came to help, that's when he gave me the option that he would kill me in the yard or he would take me back in the house and kill me," she says.

To prevent her from escaping again, she says Gerald blocked the back door with the dryer and pushed their couch up against the front door. "He had ripped the phones out of the wall and told me that no one was going to come save me," Tascha says.

At first, Tascha says she was in shock. "He had never laid a hand on me before," she says. "I was upset because I just...I couldn't believe [it]."

After repeated rapes, she says her husband turned to her and said, "Well, let's go to sleep now."

"I laid there until I thought he was good and asleep," she says. "Then, I crawled onto the floor and out the back and out a window."
Published 11/07/2007
PREVIOUS | NEXT
More Inspiration
Unthinkable Acts
Polygamy in America
Clayton's Survival Story
Queen Rania's Tour of Jordan
Southern Belles
The Secret Life of Bees' Cast
Humanitarian Crisis
Iyanla Vanzant: Back from the Brink