Before Your Next Fight, Read This

He hadn't done the dishes. She was livid. He was livid that she was livid. Which gave one expert negotiator the perfect opportunity to practice what he preaches—turning an adversary into a partner.
by Daniel Shapiro, PhD 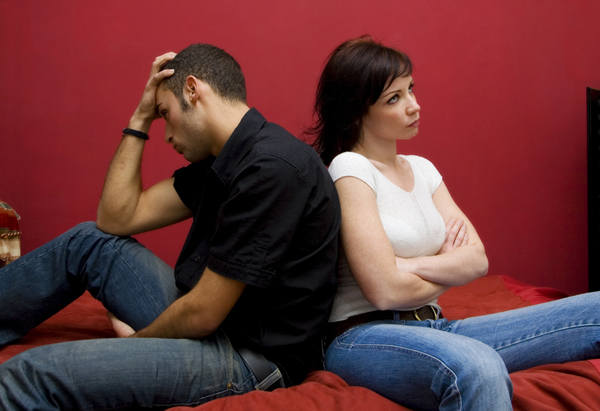 Photo: Thinkstock
It's eight o'clock on a Saturday morning, I was up all night doing taxes, and I've had only four hours of sleep when my wife, having decided this would be a good time to torture me, wakes me with an angry accusation: "You didn't do the dishes!"

I put a pillow over my head.

"You said you were going to do them!"

Mia doesn't care. "How come I have to do all the work around here?"

I hold the pillow tighter. "Can't this wait?"

The woman I love, the woman who's such a good mother to our son, Noah, the woman who picks up my dirty socks and accommodates my almost daily craving for Chinese food, is out to get me. And there's no way I'm going to let her. If I apologize, I'll feel weak. If I say I'll do the dishes, I'll feel as though I'm agreeing to be her servant.

Yet even as my anger builds, somewhere in the back of my mind I know that the real problem isn't a bunch of dirty plates. It's how we're treating each other. I'm right. You're wrong. And I'm going to argue until you admit it. We've started behaving like adversaries. And the longer we fight, the more defensive we'll get and the more we'll lash out—until a spat about dishes turns into a heated referendum about which one of us deserves to live.

On its own, the small stuff is just that—small. But if you're not careful, it can turn into a big problem that tears at the fabric of your relationships. I know this because I've spent the past 15 years researching the role of emotions in conflict situations, and because I've had lots of experience as a consultant to disputing political leaders. Unfortunately, all my knowledge doesn't make me any less human. Like every husband on earth, I fight with my wife.

Luckily, my work has given me insight into dealing—constructively—with fights. The key insight is that solving the big problem first prevents the small problems from snowballing. Though that may sound backward—and impossible to pull off in the heat of battle—it's not. Here's how it works.

As Mia and I exchange insults, friendly conversation seems miles away. But before I criticize her for attacking me, I focus on a sign in my mind that reads turn an adversary into a partner. This is important because it will change the way I'm acting toward Mia. As her adversary, I want to defeat her. As her partner, I want to listen to her—really listen. The trouble is, it's hard to listen when all the circuits in my brain are telling me, "She's wrong! I'm right!" I need to regain my emotional balance, but I can't do that while Mia's giving me the evil eye. So I fall back on a plan I've made in advance.
From the October 2006 issue of O, The Oprah Magazine

More Inspiration
10 Things Wives Will Never Understand About Their Husbands
How to Tell If Your Relationship Is Really in Trouble
How to Stay Close When You're Apart
How to Win at Love
9 Insanely Nice Things You Can Say to Your Partner (Right Now!)
20 Questions to Ask Before You Get Married
The Kung Fu Secret to Getting Over a Bad Breakup
6 Signs Your Partner Is Secretly Unhappy