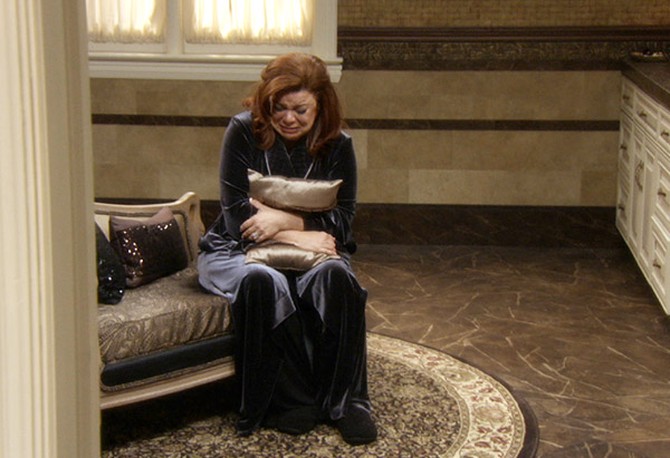 The day after Jim Cryer's 50th birthday party, Jim's wife, Katheryn, and the family's new maid, Hanna, meet in the laundry room. Katheryn stands over a sink, trying to wash away a mysterious stain from her nightgown.

Although Hanna hasn't known Katheryn long, she senses that something is amiss with the lady of the house. After leaving the laundry room, Katheryn retreats to her bathroom and collapses in tears. 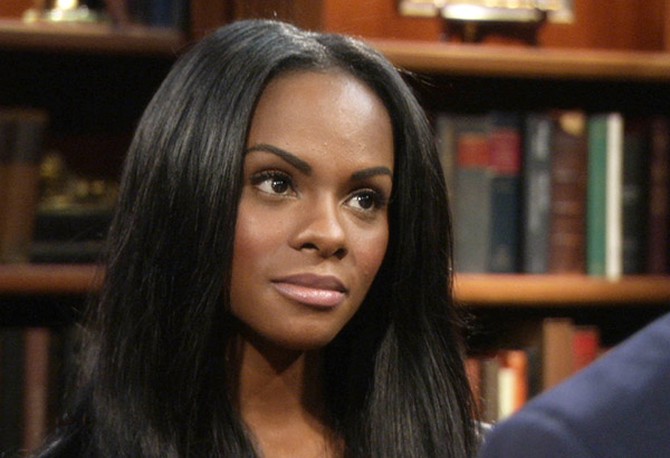 Meanwhile, Jim's blackmailing mistress, Candace—a conniving woman who also happens to be Hanna's estranged daughter—corners him in his study and demands her hush money.

"When I get back from work, you had better be gone," Jim says.

"When you get back from work, you had better have what the hell I asked for," Candace replies. 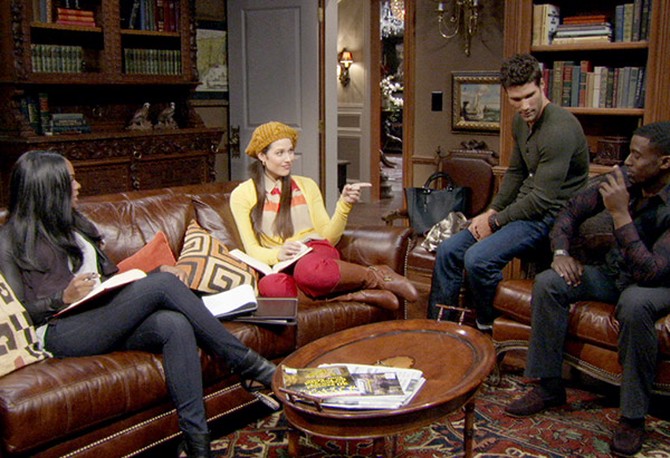 While studying with her friend, Amanda Cryer, in the opulent Southern mansion the Cryers call home, Candace is confronted by Amanda's brother, Wyatt. One night earlier, Wyatt overheard Candace threatening to blackmail his father.

"Do you like old guys?" Wyatt asks Candace in front of Amanda and Jeffery Harrington, his rehabilitation counselor.

"Gross! Will you stop it?" Amanda says. "Candace doesn't have a boyfriend. All she does is work and study. Although I think that you and Jeffery could make a nice couple." 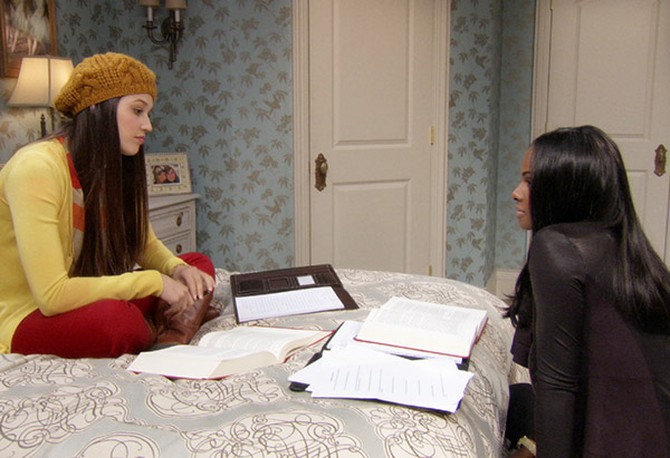 After Candace's confrontation with Wyatt, she and Amanda retreat to Amanda's bedroom. Candace counsels her friend and encourages her to open up to her parents about her insomnia.

Then, Candace shocks Amanda with her assessment of Jeffery. "That man is gay," Candace says. "Trust me, I know a gay man when I see one."

Although Amanda has known Jeffery most of her life, she says she never suspected that he might be hiding this secret. But with parents like his, she understands why Jeffery would be afraid to come out. 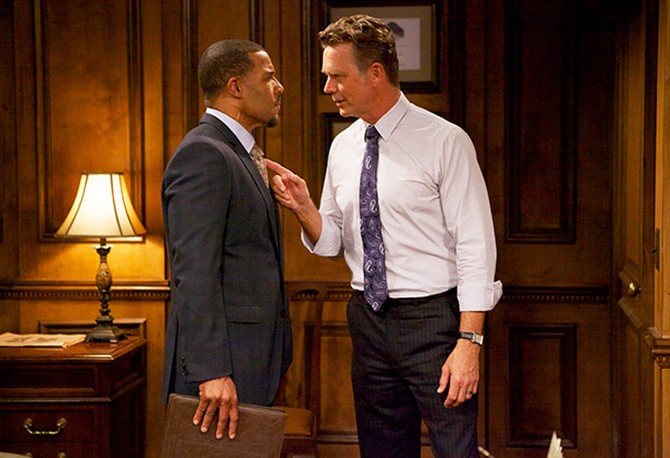 Down at the courthouse, Jim's friend and colleague David Harrington stops by Jim's office with important news. David, a man with lofty political aspirations, says the governor of Georgia wants him to run for lieutenant governor during the next election, and he wants Jim to run for governor. There's just one problem—Candace.

"I haven't hired an escort in 10 years," Jim says. "I really haven't. You know that Katheryn and I are just roommates. It's all about appearances with her."

"I called her; she came over; we had sex, said goodbye. That night, my daughter comes home with a friend," Jim says. "She introduces her friend, and it was Candace, the escort. And now she's trying to..."

"Now she's what? She's trying to what?" David asks. 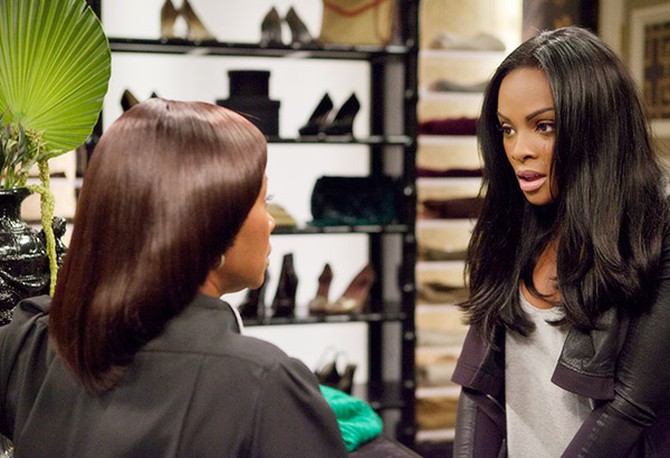 Back at the Cryer mansion, Hanna discovers Candace making herself at home in the master bedroom. Hanna tries desperately to get her daughter to leave, but Candace stands her ground.

"You will never have a house like this," Hanna tells Candace.

"I didn't say I wanted a house like this," Candace says. "I want this house."

"Let me tell you something, little girl, whatever you are planning is going to backfire in your face," Hanna says. "You keep on playing in the deep end, and you're going to drown. Now, I'm going to tell you one more time to get your butt out of this woman's bedroom before I drag you out."

Their altercation turns physical when Hanna slaps her daughter. Candace comes close to retaliating, yet doesn't. 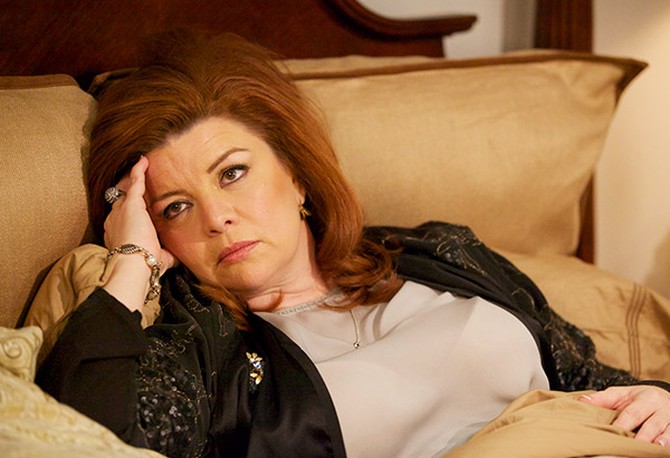 As Hanna hurries to clean up the destruction Candace left in her wake, Katheryn enters the master bedroom. Katheryn crosses the room toward the bed but falls to her knees before she can lie down. She brushes off her dizziness, but Hanna, a woman battling her own health problems, knows better.

"I thought you might be a little nauseous," Hanna says to Katheryn.

"Why would you think that?" Katheryn asks. "I'm just winded."

"When I get winded on Tuesdays and Fridays, my stomach acts up," Hanna says. 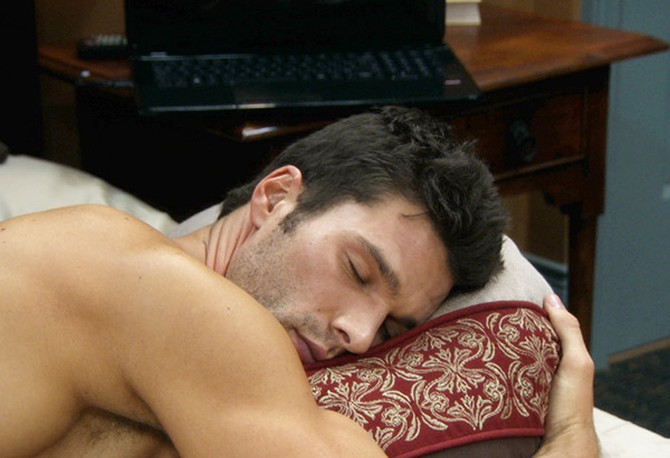 After Amanda confides in her brother that Jeffery might be gay, Wyatt sets a trap for his old friend. He sets up a webcam in his bedroom and pretends to be asleep. When Jeffery enters his bedroom and sees Wyatt's shirtless body, the computer captures the expression on his face.

When Jeffery heads downstairs for lunch, Wyatt plays back the video and zooms in on Jeffery's face. 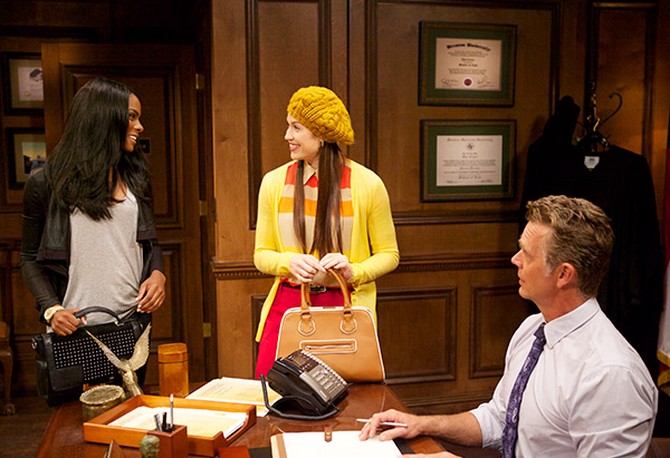 Later in the day, Jim gets two unexpected visitors at the courthouse—Amanda and Candace. Amanda reveals that Candace has been researching Jim for months and pleads with him to help her friend with a legal essay she's writing.

"Come on, Dad. Help her tonight," Amanda says. "This is our last night at the house. She said that if you helped her, she would help me ace my exams, and I really need the help. Please?"

David enters the room as Jim agrees to meet with Candace that night. After Amanda and Candace leave, Jim's anger surfaces.

"She set me up," Jim tells David. "She'd been researching me, studying me for seven months. She's calculating. I can deal with calculating. That bitch set me up. But I got this." 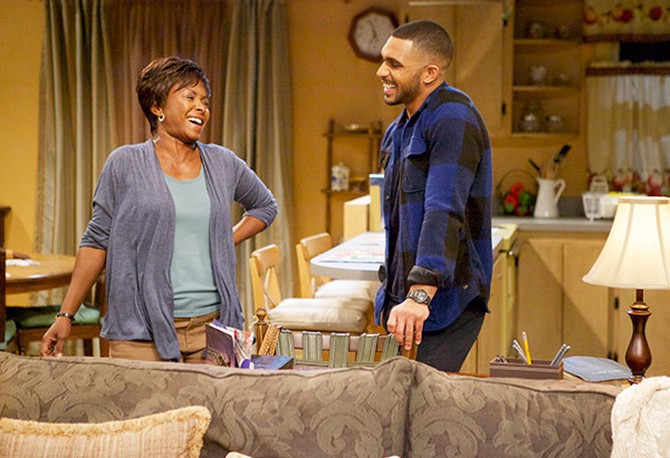 That night, Hanna's son, Benny, comes home to find his mother sleeping on the sofa. There are medical bills piled up on the table in front of her.

Benny wakes his mother up for Bible study and picks up a few bills. "Don't you worry about these bills," Hanna says. "You already moved back in here to help me with these bills. I'm just glad I was able to put the house in your name, so that if it gets too bad, they can't take it from us."

"I know...better safe than sorry," Hanna says. "And listen, God will make a way." 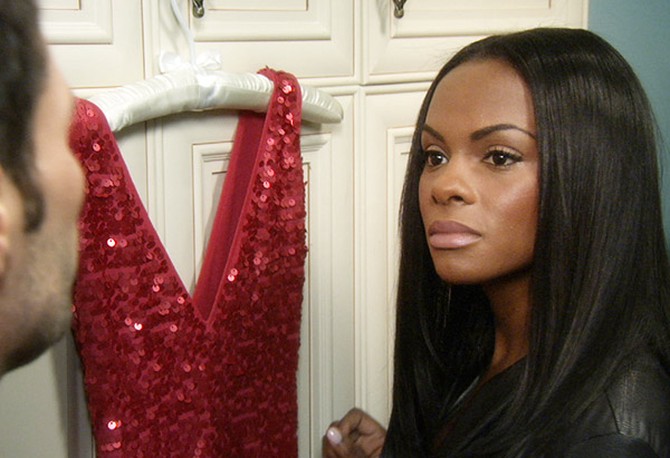 On the other side of town, Wyatt finds Candace in his sister's closet and confronts her once again about what he saw the night before.

"You were making out with my father," Wyatt says. "Man, wait until my mother finds out about you two."

Candace denies his accusations, but Wyatt uses this moment to demand something he wants—drugs. He orders Candace to go pick up drugs for him, but instead, she laughs in his face.

"If you want to get high, you do it on your own time," Candace says to Wyatt. "If you want to be cool with me, then be cool. But don't you ever, ever threaten me again, or I will destroy you worse than heroin. Now get the hell out of here." 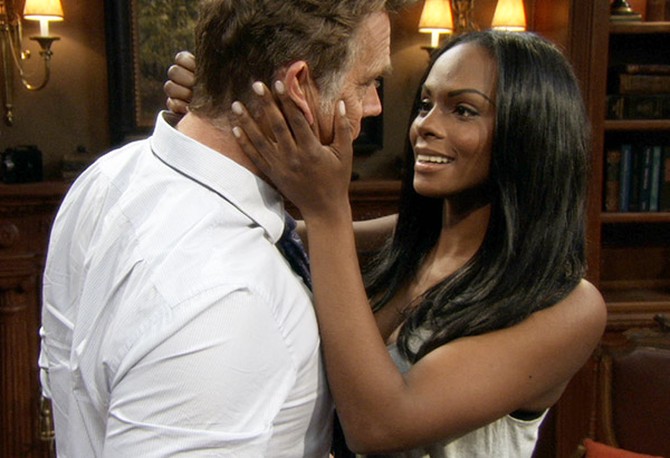 With books in hand, Candace enters Jim's study under the guise of seeking advice about an essay. The conversation quickly turns to other subjects—like a violent defendant Jim set free.

"Every Christmas, every birthday, every holiday he still sends me a card. The card says thank you, and it also says, should I ever have a problem with anyone, especially one with a woman, I should not hesitate to call him," Jim tells Candace. "I haven't contacted him at all. I think up until now, I haven't had any reason to."

Despite Jim's threats, Candace stands her ground. "You think death scares me?" she asks Jim. "I grew up around death—murders, drive-bys, gang stabbings. I've seen it all."

Then, Candace rises to her feet, walks to the door and turns the lock. At first, Jim refuses her seductive advances, but after a few moments, he gives in to his desire.
Published 05/28/2013