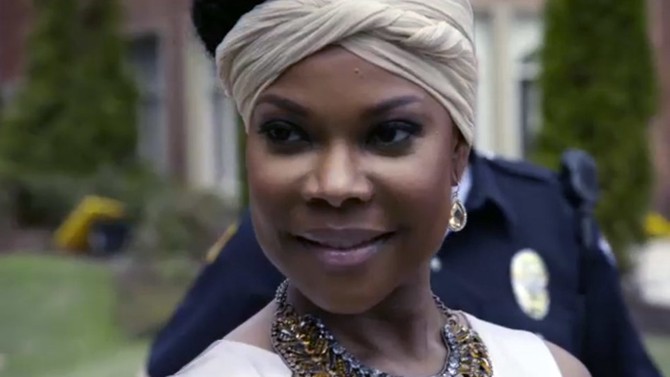 6 of 6
Now that Veronica knows there's an assassin waiting inside her house with orders to kill the first person who walks through the door, Veronica orchestrates a plot not only to evade her own death, but to turn the bullet on Maggie Day.

She invites Maggie over, with the pretense of giving her vital information about David. At the same time, Veronica calls the police to report a prowler in her neighbor's yard.

Just as she unlocks the front door, prompting the assassin to get on his mark, the officer pulls up and Veronica goes to speak with him. Just then, Maggie Day unwittingly shows up to a potentially lethal situation.

"Go on in, I'll be there in just a second," urges Veronica, with a smile.

As Veronica continues to speak with the officer, Maggie walks to the front door and opens it. She sees the assassin, but before Maggie can do anything about it, a shot is fired at close range.