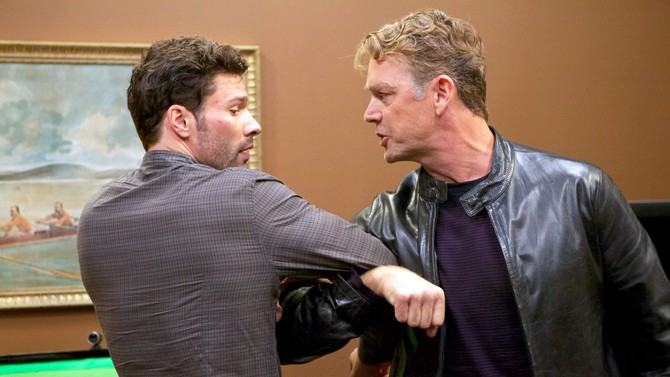 4 of 6
Back at the Cryer mansion, Jim is on the phone, attempting to find out whether Candace was telling the truth about Amanda. When he discovers that Amanda did in fact have a professor named Cannon, Jim and Katheryn are forced to accept that Candace wasn't lying: Amanda was raped by her law professor.

Katheryn takes her anger out on Jim and tells him he's not giving their children the tough love they need. "I told you that we should have her committed, and now I'm telling you that Wyatt is off the rails," she says.

Jim promises that he'll handle Wyatt—in fact, he already has a plan in motion.

"Then do it," Katheryn says.