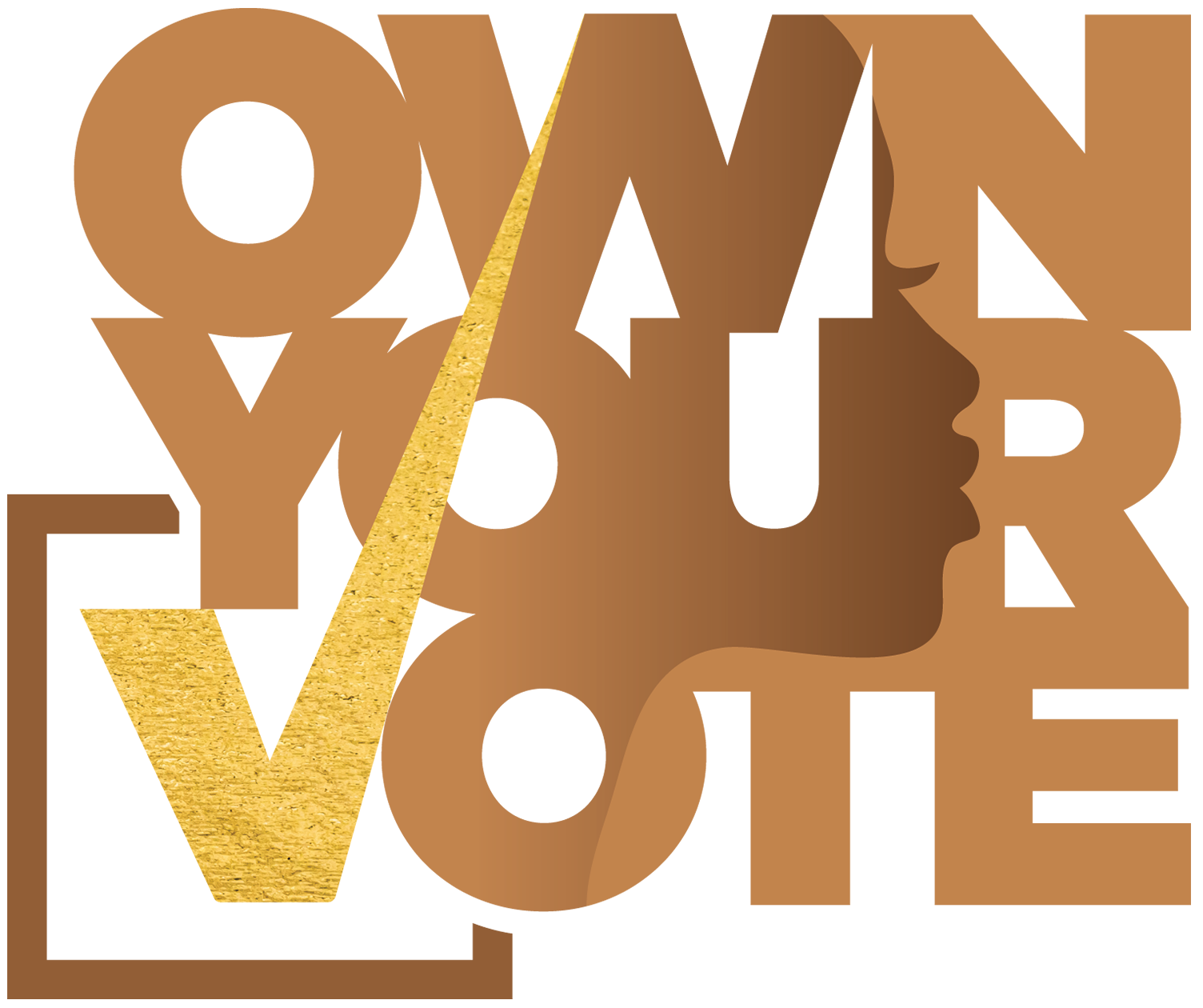 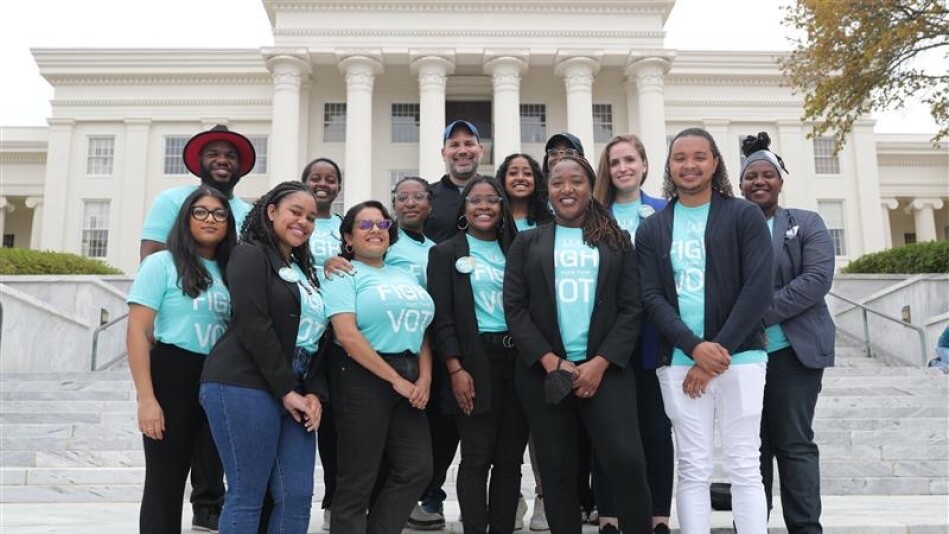 Every decade, the United States Census collects data to shed light on our nation’s shifting demographics and population trends over the previous 10 years. These data are then analyzed and used as part of what is known as the redistricting process, which is how legislative, congressional, and other electoral maps are redrawn to represent how communities have changed over time.

In theory, redistricting is done to ensure that elected officials are responsive to the needs and representation of every community—and to ensure that every vote is weighted equally. In practice, however, the redistricting process has long been distorted by excessive partisanship and by racial discrimination in the form of "gerrymandering"—which is the process of manipulating the boundaries of a district of voters to favor a political party or a specific group of voters at the expense of others. The Supreme Court has ruled that partisan gerrymandering can only violate state law. Racial gerrymandering, on the other hand, is a violation of Section 2 of the Voting Rights Act of 1965 (VRA) and the 14th and 15th Amendments of the Constitution.

Our county’s demographics have changed dramatically over the last 10 years as we continue to become a more diverse, multi-racial, multi-ethnic democracy. Population migration, birth and death rates also impact the redistricting process and how congressional representation is apportioned among the states. For example, the 2020 Census data revealed population shifts that resulted in seven states losing a Congressional seat, while six states gained one. Texas gained two, as three of the five fastest-growing cities in the nation were in the Lone Star State. The Census also revealed that people of color led 95% of Texas' population growth.

The 2021 redistricting process was the first without the protection of Section 5 of the VRA, which had previously protected against discrimination in certain states and communities with a history of disenfranchising voters of color. Section 5 had required Alabama, Alaska, Arizona, Georgia, Louisiana, Mississippi, South Carolina, Texas, and Virginia—as well as select counties in California, Florida, Michigan, New York, North Carolina, South Dakota—to "pre-clear" any changes to voting regulations and district maps. The Supreme Court gutted Section 5 in its Shelby County v. Holder decision in 2013, which led to the passage of many voting laws that had previously been found to discriminate.

Federal and state officials have used the redistricting process as a vehicle for excluding voters—especially voters of color—from our democratic process, with the goal of diminishing their voting power. For example, in five of the six redistricting cycles since 1960, the U.S. Department of Justice or federal courts found that Alabama's legislative districts—congressional, state or both—violated the rights of voters under the U.S. Constitution or the VRA.

There are two key strategies to creating gerrymandered maps: "packing" and "cracking." Under a "packing" scheme, maps are drawn by taking groups of similar voters—voters of color, for example—and "packing" them into one or more districts well above the number of voters needed to elect their preferred candidates in order to reduce their power and representation in legislatures or Congress. Under "cracking," map drawers take large blocs of voters and split or "crack" them into smaller groups that then get distributed to other districts as a way of diluting their voting strength.

To no one’s surprise, the 2021 maps in numerous states have resulted in gerrymandered districts, including South Carolina's congressional map, where the Legal Defense Fund (LDF) is fighting in court to protect the rights and voting power of the state's Black citizens. South Carolina's new map packs the majority of Black voters into one district while dividing those who remain in such a scattered way that their electoral influence is severely diminished. In fact, even though Black South Carolinian's are 25% of the state's population, they have an equal opportunity to elect their preferred candidate in only one of the state's seven congressional districts.

The Louisiana voting age population is 33% Black and 58% white. Yet, in 2021, state officials passed a congressional map where Black Louisianans are the majority in only one of the state's six districts. Louisiana's stark polarized voting patterns mean that candidates supported by Black voters have never been elected in a district where they are not the majority. As a result, Black voters are only able to influence the electoral outcome in around 17% of Louisiana's districts, while white voters determine the outcome in 83% of them—a striking disparity when compared against Black and white demographic representation.

LDF sued Louisiana and a district court agreed that the state's map likely violated the VRA and ordered officials to draw a new map that includes an additional majority-minority district. However, in a summary order that gave no reasoning, the Supreme Court halted this corrective process, allowing the 2022 election to go forward under a map that the lower court found to be discriminatory.

Similarly, earlier this month, LDF argued before the Supreme Court in Merrill v. Milligan, the case challenging Alabama's racially gerrymandered congressional map. A federal court ordered Alabama to redraw its map, but Alabama appealed to the Supreme Court, and, while the matter is pending, the discriminatory maps will be in place for this fall's elections.

In most states, people imprisoned for felonies cannot vote, and elected officials from districts that include prisons generally do not engage with incarcerated people or treat them as constituents. Most prison populations are made up of Black and Latino people who are from large cities, while most prisons are in rural, mostly white communities. This artificially inflates the political power of rural, white voters while diluting the voting strength and access to representation of communities of color in urban districts.

Our elections are a sacred form of participation in our democracy. The constitutional principle of "one person, one vote" is under threat when districts are gerrymandering in any fashion. In this moment when, as President Biden said, "[w]e are fighting for the soul of our nation," we must protect our electoral process from the discrimination that destroys its integrity.

It is imperative that every individual and every community that is dedicated to preserving our democracy, commit to participating in the fall elections—by voting and by serving as poll workers—and in future redistricting processes. Our vote, our voice, our power, and our democracy are, quite literally, on the line. Oprah Explains What's at Stake in the 2022 Midterms 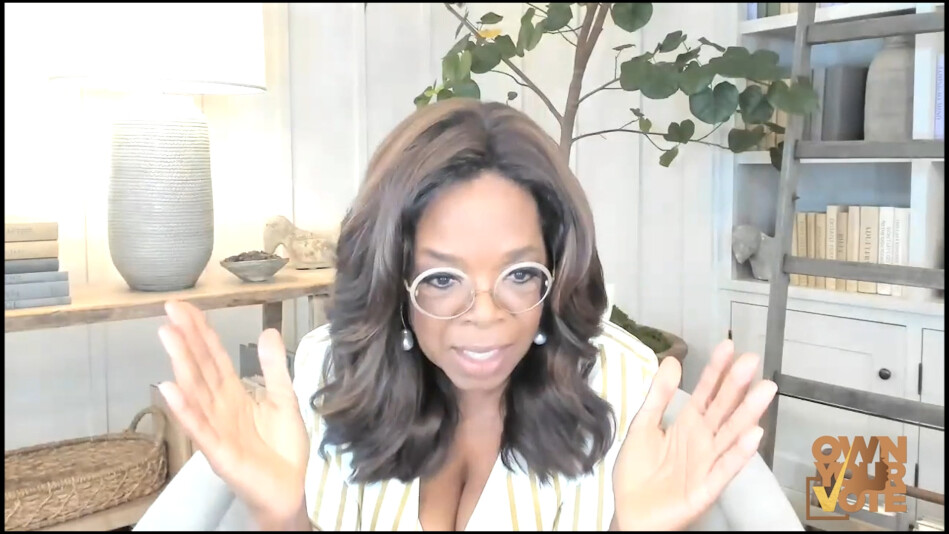 Oprah: "When We Unite, We Become a Force for Good Trouble"

Vote, Vote, VOTE Like Our Lives Depend on It! 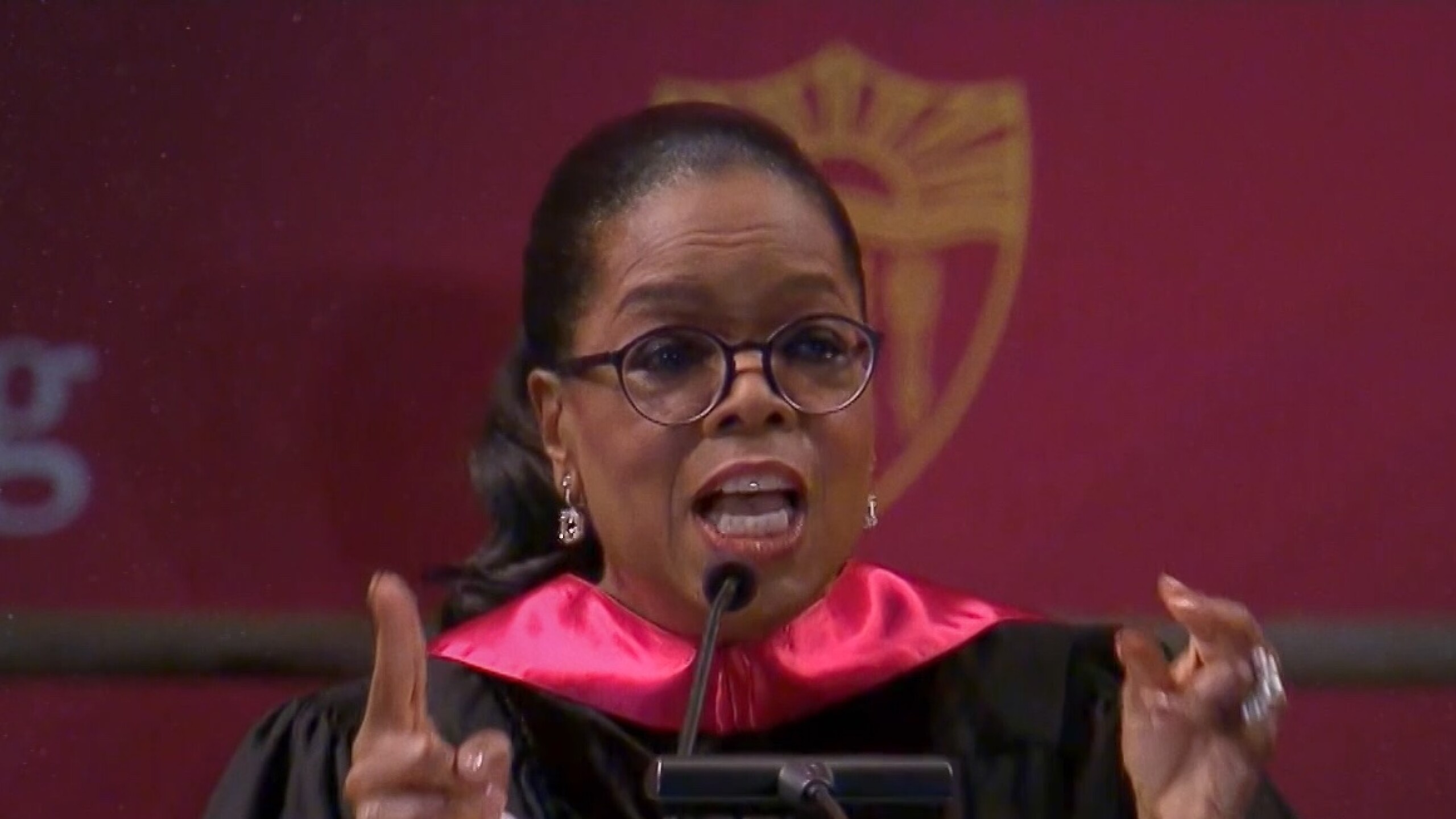 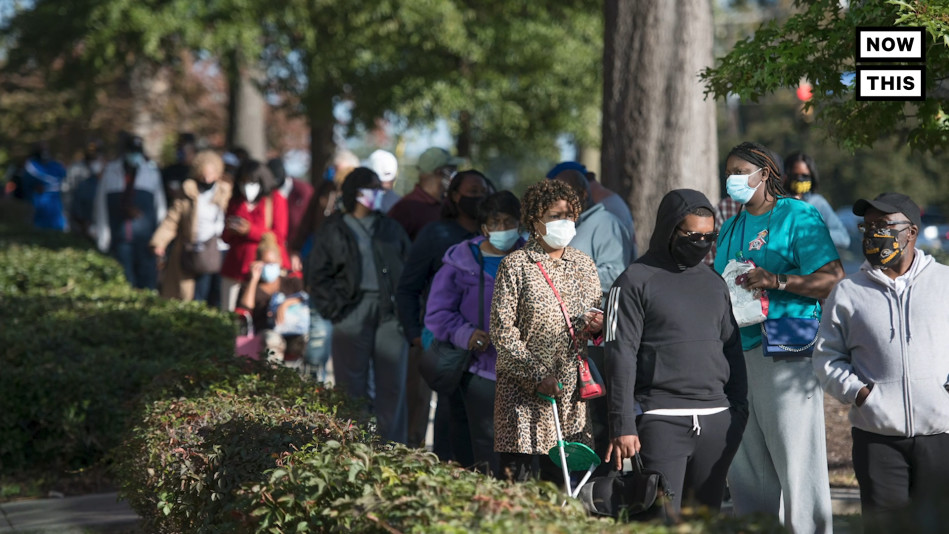 This is How Voter Suppression Impacts Black Voters 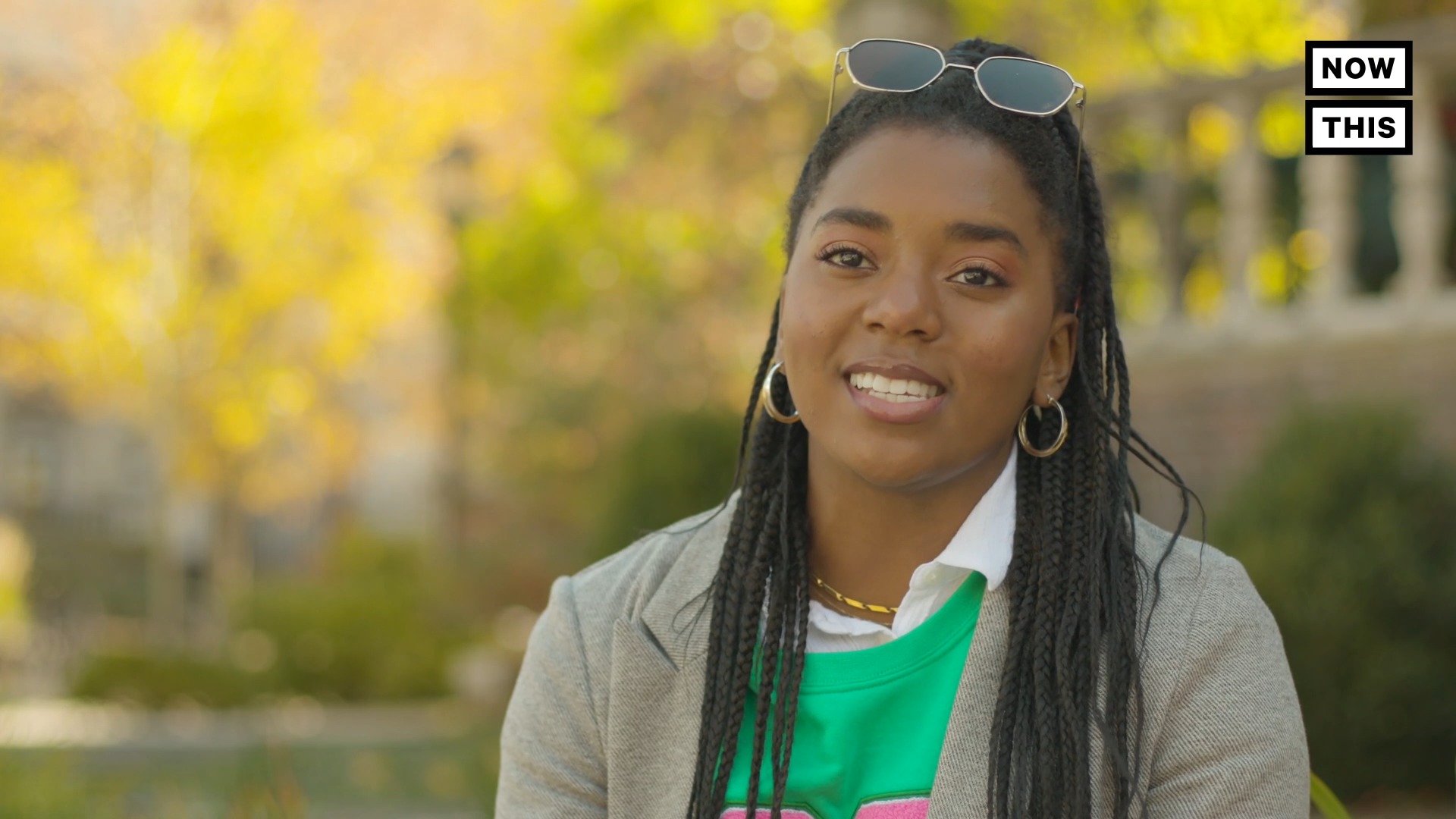 College Students Are Making a Difference As Poll Workers 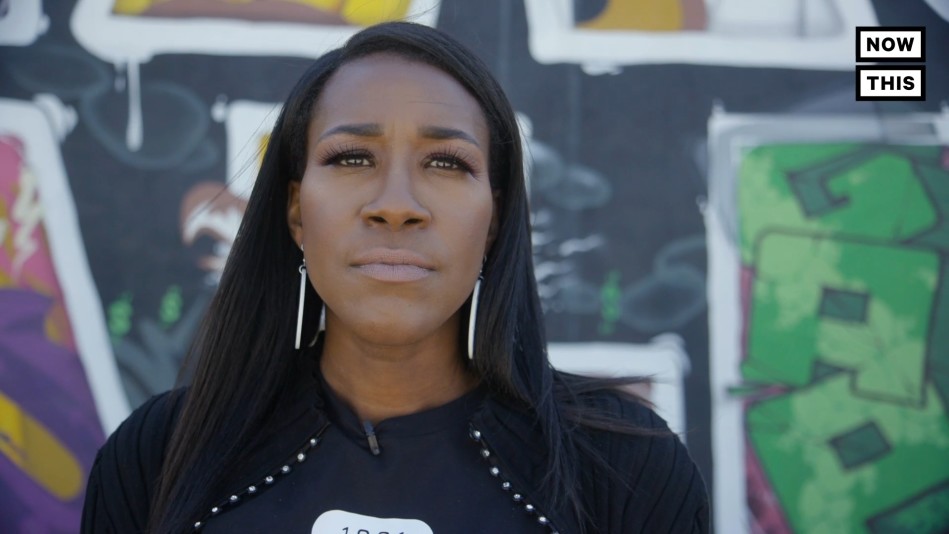