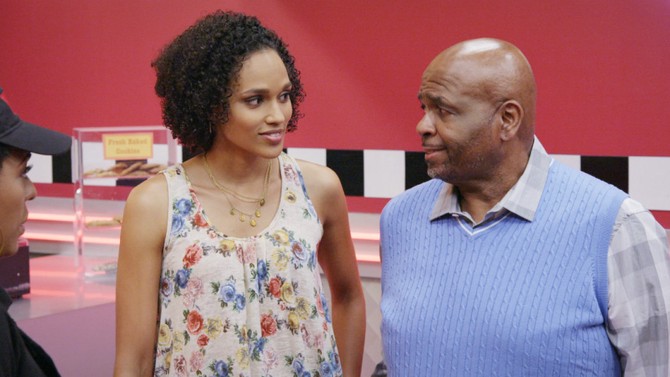 6 of 8
Later, at Burger Fast, Natalie talks to Mr. Kym and Faun. Faun explains that she told her father how Joey got back the money that was stolen from the restaurant. Mr. Kym says that he knows Joey is a good kid and that he can come back to work—as long as he doesn't close alone and doesn't talk to Faun.

Mr. Kym walks off, and Natalie turns to Faun, suspicious of her motives. She asks whether Faun is interested in Joey. Faun insists that they're just old friends and that she wants to help him out.

Later, Natalie has Joey come in to the restaurant to tell him the good news. At first, Joey balks, saying it doesn't feel right after what happened. However, Natalie insists, pointing out that he needs a job so he can save up money and move out of her apartment.
Published 04/29/2015
PREVIOUS | NEXT