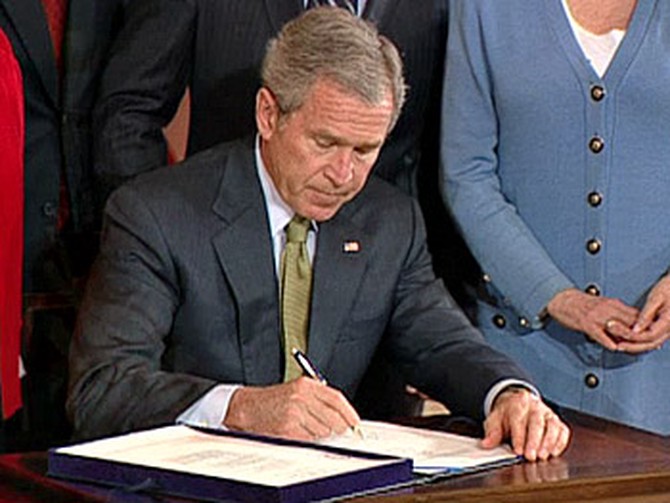 11 of 13
In his book, Frank Rich asks, did we go to Iraq to make up for what happened when George W. Bush's father was president?

He responds: This is a very interesting question and is something I go into deeply in my book. And we don't really yet know the answer. ...

What we know is that right after 9/11 some people in the administration, who had long wanted to go into Iraq even before 9/11, presented that idea. And we know that the President initially rejected it. In fact, he said in one of Bob Woodward's books, we want to keep our focus on al-Qaeda and not get distracted. Something changed in the following months.

Oprah: What I got from the conclusion in your book, you're not really sure why.

Frank: No one's sure. Someone who worked in the State Department with Colin Powell says he'll go to his grave not knowing why. We know all these reasons that are possible: finishing the job from '91 from his father, oil, remaking the Middle East, building democracy. Those reasons have been stated since; but before the war, they were not. If this was important for us to go into Iraq, tell us the real reasons and let's have a debate about it with our elected representatives, rather than have to trump up "mushroom clouds" to sell the product.
Published 10/12/2006
PREVIOUS | NEXT
More The Oprah Winfrey Show
Journalists Speak Out
America's Heroes
The Brat Pack: Where Are They Now?
Misguided in America
Dreams Come True
Oprah's Past Favorite Things - $50–$100
Education Meetups Across America
The Bravest Families in America