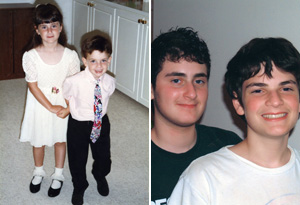 When Julia was 7 years old, she had a life-changing conversation with her mother. She told her mother she felt like a boy trapped in a girl's body.

For 14 years, Julia lived as a female, but then, after discovering the meaning of transgender, she told her family she wanted to transition into Jake. "I wanted to be the dad. I wanted to be a positive male role model in someone's life," Jake told Oprah in 2007. "That's when I knew that there was a difference between being a lesbian and who I was."

At 15, Jake's physical transformation from female to male began. Jake underwent a full mastectomy and injected himself with male hormones twice a week. "Julia was never there, I don't think," he says. "I think I was always Jake, just with a different name [and] different body."

As Jake embraced his new male identity, his younger brother, Jason, struggled with their new family dynamic. "I miss my sister. I never thought that my dad would be teaching my sister how to shave before me," Jason said. "It's been hard on me too, because for the past couple years, they've really been focused on her. So it's like, I've been kind of pushed off to the side."

Now, three years later, Oprah checks in on Jake and Jason to see how they've adjusted. 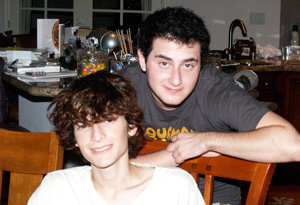 After Oprah first met Jake in 2007, he did some soul searching and realized he's attracted to men. "I have a boyfriend, and we've been together for a year," he says. "I have never felt more male than I do now."

Jake has come to terms with his gender identity, but during the process, he says his relationship with his younger brother has fallen apart. "I should have taken more time to stop and tell my parents: 'I'm fine for right now. Pay attention to my brother,'" Jake says. "He got jealous of attention I got, and no one ever asked how he was doing. No one ever asked how he felt. It triggered him into a downward spiral of his own."

In 2009, Jason was diagnosed with anorexia and dropped down to 109 pounds. "The anorexia definitely had a lot to do with my family," he says. "Everything felt so chaotic and out of control, which really contributed to starting to control what I eat so that I could feel like I had some control over my life."

Jason says he never felt unloved...just unnoticed. "[I felt] kind of invisible, and, eventually, I just stopped reaching out," he says. "Everyone else was too busy with Jake." 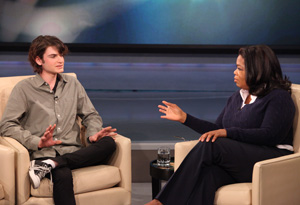 Peggy, Jason and Jake's mother, says it's difficult knowing she's played a part in her son's emotional state. "I see the sadness on [Jason's] face. I feel my children's pain," she says. "I should have been more aware of what was going on."

Like most teens, Jason says he expected to go through a rebellious phase, but he didn't think his issues would manifest as an eating disorder. "I figured that once everything kind of cooled down, I'd be able to kind of go off and be the rebellious teen, the one that got to make some mistakes," he says. "I didn't really see all the issues that I'm dealing with would happen, but I knew that I'd be dealing with something."

Over time, Jason says he and his brother stopped speaking as often and his personal relationships started to suffer. "I definitely saw that maybe it was harder to connect to other people, because I wasn't as in touch with myself," he says.

To begin living more authentically, Jason recently told his parents he's dating a guy. "I definitely didn't want to disappoint my parents. I felt that mom was dealing with enough," he says. "It would throw off her sense of at least she had one normal kid." 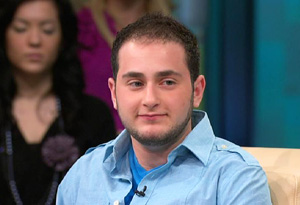 After seeing his brother struggle, Jake says he sometimes feels guilty that he's doing really well, but he knows the transition was the right decision for him.

At this time, Jake is legally a man, but he has not had sexual reassignment surgery. "The technology really is not there yet. It's really easy to take a penis and—it's going to make all the guys cringe when I say this—cut it in half and tuck it in," he says. "[But ] how do you make a penis from a vagina?"

Jake says his partner, a man who identifies himself as gay, loves him the way he is, so there's no pressure to undergo the surgery. "He loves what I have," Jake says. "We have sex like a heterosexual couple would have sex. But he's fine with it because he loves me."