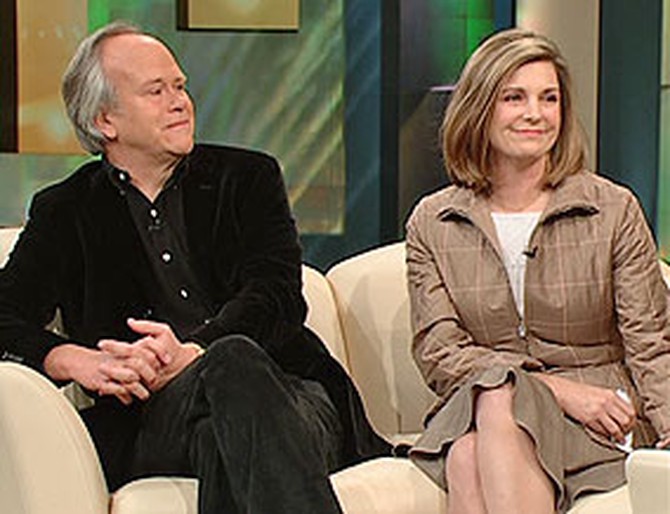 6 of 8
Susan shares a poignant story that reveals the maturity Teddy had acquired at such a young age. When she asked her son why he had suddenly developed a fascination with baseball—never having shown the slightest interest in sports—Teddy answered, "I really wanted to find a way to be closer to Dad. I thought baseball would give me that language."

"Usually, [as a parent,] you'll go play a video game with your kid so you can get into what they're thinking about," Susan says. "But it's not that often where a 14-year-old will try to get really up to speed with something that would put him in the language of his dad."

The Ebersols continue to try to focus on Teddy's life, not his death. "It would suck to think of him as a tragic loss," Willie says. "No one wants to be remembered that way. You need to celebrate people's lives."

Teddy's family treasures the writings he left behind. A cherished keepsake is the 37-page autobiography Teddy wrote as an eighth grader. On Teddy's computer, his parents found more beautifully written prose, including one moving story loosely based on a family ski vacation. In it, Teddy touchingly describes being helped down the mountain by his brother: "The shooshing of [Willie's] skis," he wrote, was as if Willie "was pouring a bucket of love all over [me]."

"He was a philosopher," Susan says. At his eighth grade graduation, Teddy gave a speech that began with "an old saying" he had recently coined: "I follow, therefore I lead," he told his audience. Teddy ended his speech with more words of wisdom: "The finish line is just the beginning of a whole new race."
Published 02/02/2006
PREVIOUS | NEXT
More The Oprah Winfrey Show
The Secrets of Saturday Night Live
Live from The Oprah Show, It's Saturday Night
13 Memorable Cast Reunions
10 Memorable Harpo Hookups
The Final Solution
Oprah's Questions for James
James Frey: Five Years Later, Part 2
James Frey: Five Years Later, Part 1