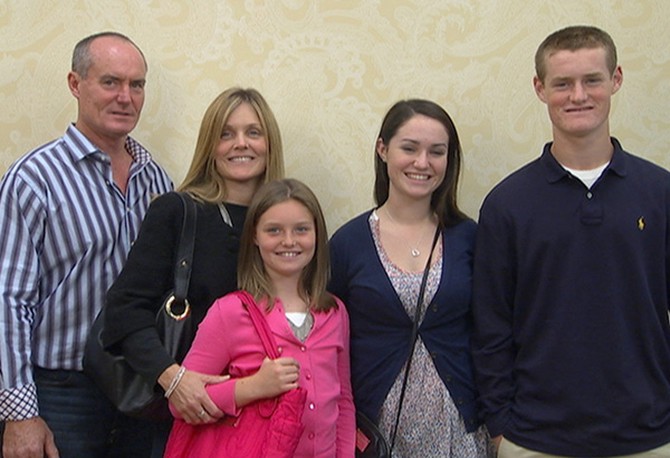 Photo: Courtesy of the O'Connor family

San Francisco mom Liz and her daughters, 17-year-old Erin and 11-year-old Annie, have never met a designer label they didn't like. "When my mom, my sister, and I go shopping, we do damage in the stores," Erin says. "It's pretty dangerous."

Though bargain shopping isn't their style, Liz's husband, Tom, says it's time for the family to find a way to look great while spending less. "We do have a lot of expenses coming in for colleges and universities," he says. "I do want them to look their best and feel confident. But if we could shop for less, it would be a better thing instead of paying top dollar for all the stuff we do purchase."

There's only one man to help these shopaholics change their ways—O magazine fashion director Adam Glassman. His challenge? Dress them for less and keep them happy. "I want to teach all of you how to get your designer looks for a lot less money," he says. 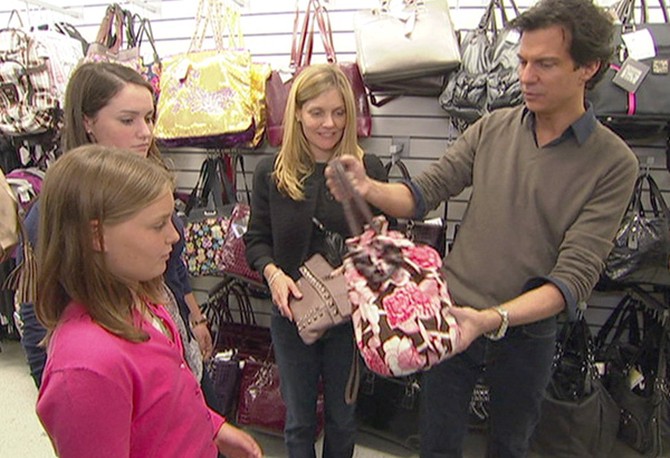 Adam puts the family through a crash course in off-price store shopping.

These stores have many hidden fashion gems—you just have to know how to find them, he says. Adam shares his top two tips that everyone should know to get the most for less at off-price stores. "The hottest trendiest items are when you first walk in," he says. "You want to get to know your store manager because they are gonna tell you when the new shipments are coming in and that's when you want to be here." 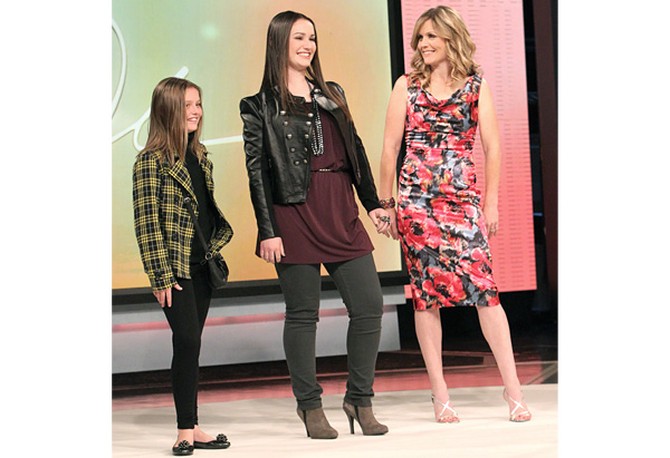 After an afternoon at T.J.Maxx, these designer divas say they've changed their ways. "I've never really shopped at a discount store like that before," Erin says. "This was just really eye-opening because I don't have to spend X amount of money to get a certain look."

Liz looks like she just stepped off a designer's runway, but Adam says her entire look cost less than $100. The dress cost $40, her Ralph Lauren shoes were $50 and the bracelet was a steal at $10. "I was amazed," Liz says.

For trendy teens like Erin, Adam says discount stores are the perfect places to shop for looks that may only last one season. "I don't believe in spending a lot of money in a trend," he says. "All teenagers want to wear skinny jeans, and the gray jean is really hot right now. You will never believe that these jeans are only $17."

Adam says you can also find pieces that will last for years at discount stores. "[With Erin], we did an investment piece, which is the leather jacket," he says. "It was $129, but normally it was $500."

For only $25, two great pieces have Annie looking more stylish and age appropriate than ever. "She did have a Marc Jacobs bag. Now Annie has this cute $15 bag," Adam says. "She has that great plaid peacoat. That was $10." 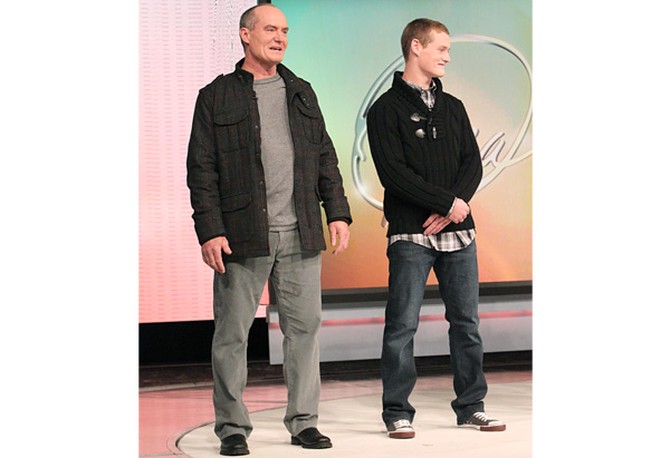 Dad Tom and brother Kevin are also believers. "I give it to them because it's not fun to watch your sisters and your mother and all the women shop and you sit around," Adam says.

Kevin found that his favorite brand name clothes cost much less at off-price stores. "We got him Diesel jeans [at] half the price of what the parents are used to spending," Adam says. "Even the Converses too—half the price."

Tom says this is spare change he and his family can believe in. "Life is good at the moment [now] that we're going to be saving money," he says.

Can you spot the "look for less"? Take the quiz!