The Teachers Who Changed Oprah's Life 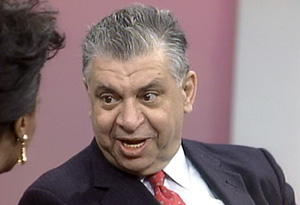 PAGE 3
Another of Oprah's favorite teachers is one who never even gave her a grade! Though she never was in Mr. Abrams' class, he was instrumental in helping Oprah get into Nicolet High School—one of the best in Milwaukee—shortly after that city's schools were integrated. "Officials opened the doors for 16 black students," Oprah says. "And this man, Mr. Abrams, was the man who made sure my name was included."

Mr. Abrams says he was on an assignment from a university, working in Oprah's non-integrated school. He often met and talked with Oprah in the cafeteria during their lunch breaks. When he heard that officials from Nicolet were in search of promising black students, Mr. Abrams says he immediately thought of Oprah. "You were the most curious 13-year-old I ever ran across," Mr. Abrams tells Oprah. "You always had a book and you always had a question."

After taking a qualifying test and gaining acceptance to Nicolet, Oprah had to commute from inner-city Milwaukee to the suburb of Glendale, Wisconsin. "I took the bus with the maids in the morning," Oprah says. "It was culture shock for me. It was the first time I realized I was poor. But it made a major difference in my life."